Samsung 860 Pro 512GB review – Just as the Samsung 850 Evo has dominated the upper end of the mainstream SATA SSD market, so the Samsung 850 Pro has dominated the professional end. Thanks to its use of MLC 3D NAND (rather than TLC), it provided long- lasting, consistently fast performance. If you didn’t necessarily want the fastest drive, but required rock-solid performance right up to the last gigabyte, all while having a reassuringly long warranty and endurance, It was the drive to get. The formula remains the same with the Samsung 860 Pro, though, as with the 860 Evo, the hardware under the hood is completely new. 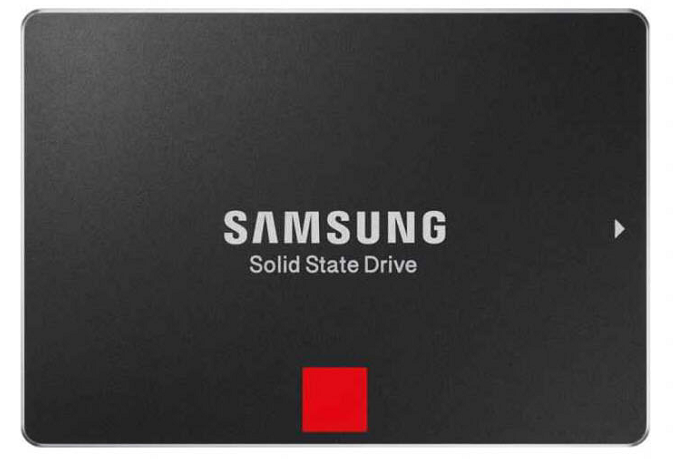 The cornerstone is Samsung’s new 64-layer 3D NAND flash memory; due to Its use of MLC rather than TLC, this comes in 256Gb dies. These dies are joined by the same new MJX controller as the 860 Evo and, again, you get support for LPDDR4. The result is a drive that ekes out the tiniest smidge of extra raw performance over the 860 Evo, with read speeds going from 550MB/sec to 560MB/sec, while write speeds are also up by 10MB/sec to 530MB/sec. However, random speeds remain the same at 100K IOPS for reads and 90K IOPS for writes.

Instead, one of the major improvements is in power consumption, with the new controller, DRAM and NAND all using a little less power than before. Not that this small power saving would have much impact in the vast majority of usage cases, of course.

A seemingly more practical improvement is in endurance, with all the capacities of the 860 Pro now having at least double the endurance of before – this 512GB model can take 600TB.

However, Samsung has also halved the warranty period from ten years to five years.

This change leaves us In the situation where the 860 Pro has considerably less appeal. Even the 850 Pro was overkill for most home users, but at least with a ten-year warranty, all that write endurance and consistent MLC performance could potentially be put to the test with long-term professional use.

Many people will look to upgrade before that warranty is up anyway, but it nonetheless narrows this drive’s appeal. What’s more, when it comes to performance, this drive doesn’t really do all that much to justify its price premium. It’s not slow – it tops all our test results graphs and, crucially, it doesn’t have any of the issues of SLC caching and reduced write performance of the TLC drives on test. However, the effect in terms of real- world performance is minimal. The Samsung 860 Evo and Crucial MX500 deliver all but identical performance that you’ll actually notice.

As such, while the 860 Pro is a technical achievement and certainly retains its crown as the fastest SATA SSD, it doesn’t really make a case for why you should buy one. 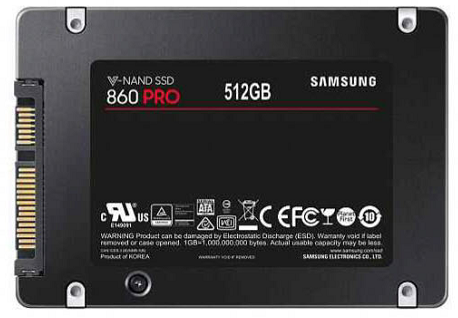 With its price being so high, it encroaches on NVMe drives – for any capacity lower than 4TB, you might as well go for one of those drives. There’s still a sizeable jump if you opt for a Samsung 960 Pro, but then that drive itself is also overkill for most users. That said, at least the 960 Pro can genuinely claim to be seven times faster than the 860 Pro.

Samsung has once again proven that it’s at the top of the SSD hill, with its 860 Pro taking the SATA performance crown. However, the case for a high-end SATA drive was already weak, and with a drop in the length of warranty, this drive makes even less sense for most users. It’s a great product, but most people can get a drive that’s more than fast enough for their needs for much less money elsewhere.

With a reduced warranty and only a miniscule performance advantage, the 860 Pro is massively overpriced.