Bitdefender Box 2 Review: A smart firewall for the connected home

Bitdefender Box 2 is a smart home security appliance that shields PCs, mobiles, tablets and other connected devices from hackers, malware and more.

Bitdefender Box 2 Review – The Box is essentially a supercharged router that can replace or run alongside your existing networking kit. Connect your devices to the Box and it acts as a sort of firewall, watching inbound connections to keep hackers at bay. Your network is constantly monitored for unknown devices or suspect behavior, and the Bitdefender Box also blocks outgoing requests to known malicious websites. 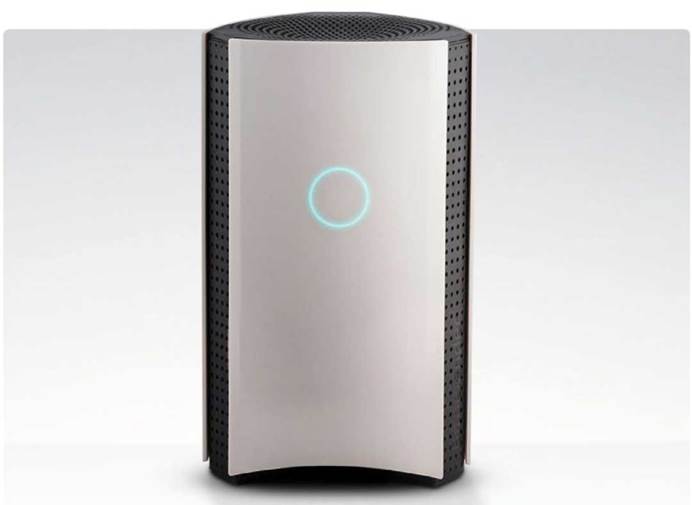 The Box is powered by a dual-core ARM Cortex A9 CPU, with 1GB of DDR3 RAM and 4GB of internal storage. Wi-Fi duties are handled by an 802.11ac AC1900 setup. You get just two ports – one LAN, one WAN – both supporting Gigabit Ethernet. It’s not quite up to the standard of Norton Core’s 4×4 MU-MIMO system, but there will be enough power for most users.

The Sox is only available in the US at the time of writing (other countries are ‘coming soon’), and that’s probably why our review unit came with a two-pin power plug. This accepts 100-240V input, however, so can be used in the UK and elsewhere with an adaptor.

The Bitdefender Box costs for year one, which gets you the router and a free one-year subscription to Bitdefender Total Security 2018, or the equivalent software for your device. Buying the software alone would normally cost from for up to five devices, but the Box subscription covers as many as you need. Renewing your subscription costs a year.

While Box isn’t exactly cheap, it’s competitive with similar products. Norton’s Core has the same upfront cost at , and also includes software for unlimited devices and renews at a month, or a year.

The Bitdefender Box is a simple cream and black triangular block with a power connection and a couple of Ethernet ports. No one’s going to marvel at the design, but it’s good enough, and won’t look out of place in most homes.

Networking newbies will probably be intimidated by the lengthy instructions on the setup card, but it can be easier to get going than you think.

The process starts with you downloading the free Bitdefender Central app for iOS or Android, which is used to manage any existing Bitdefender installations you might have, and includes a Box activation wizard.

Setup starts by asking you to log in to the Box network on your phone, then connect your Box to the Internet, typically by plugging it 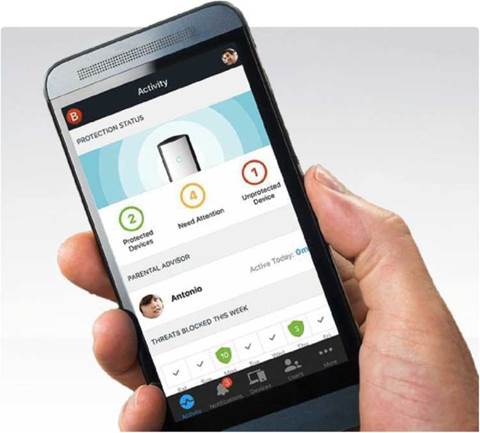 into your standard router with the 1 m Ethernet cable provided.

The app offers a choice of networking modes. The Box can replace an ISP router, work with an existing router by enabling bridge/ AP mode, or can be used as a standalone router. The last step requires disabling your original wireless network to ensure any devices reconnect to the Box. The app includes instructions to work with four common US router types – AT&T, Comcast, Time Warner, Verizon – but UK ISPs aren’t listed.

This isn’t Bitdefender’s fault, since our review unit was a US rather than a UK model – and if you’re used to setting up network gear, you should still be able to disable the original wireless network on your own. But even if you’re not, it shouldn’t stop you from getting started; you can connect devices to the Box network right away and sort out your old router later.

If you do experience problems, Bitdefender will do its best to help, with free installation assistance via telephone or email. We tested the email route and got friendly and helpful replies within two to three hours. This should help you solve most issues, but if all else fails, return the unit within 30 days and you’ll get your money back.

Setup can be a hassle, but once it’s done you can use the Box without doing anything else at all

Setup can be a hassle, but once it’s done you can use the Box without doing anything else at all. Restart each of your devices, and they should connect to the Box and the Internet exactly as they did before.

Even at this level, there’s plenty happening in the background. The Box is monitoring outgoing connections, blocking attempts to access malicious websites, and also preventing the sending of sensitive information like credit card details over unencrypted connections.

The Box also watches for dubious incoming connections. New devices won’t be able to access the network until you give permission, and Box prevents any brute-force attempts to log in to your devices.

More general network monitoring layers detect and alert you to network vulnerabilities, as well as picking up behaviors, that might indicate a hacked device.

There’s no clear way to test most of these, but we have measured Bitdefender’s anti-phishing systems in previous reviews, and they perform very well. That protection alone is well worth having.

Your Box is managed from the Bitdefender Central app. Its Devices screen shows you recognized and unknown devices, which have

connected to your network recently, gives you more information about them and provides some handy extra tools.

This status display doesn’t always work as expected. It regularly told us devices were ‘disconnected’ and hadn’t been seen for some time, even when we were using them to access the web. This happened on both a Windows 10 laptop and an Android phone, suggesting it wasn’t a device setup issue.

These status issues don’t seem to affect what the Bitdefender Box can do, fortunately. We were able to click a device, find out more about it, and pause/resume its Internet access with a simple click.

The Box comes with simple parental controls that can block websites by content or restrict Internet access by time of day. The ability to block a specific device’s Internet access on demand could also be handy for those ad hoc ‘stop what you’re doing and come here right now’ situations. There’s nothing surprising or revolutionary here, but the features are still a worthwhile addition.

We completed our checks by running simple performance tests, including streaming HD video content from three devices simultaneously. As we’d expect from the level of hardware used by Bitdefender Box, there were no issues and our systems worked much as they did with the original ISP router.

The Bitdefender Box can take some time, thought and experience to set up, but once it’s working it does an excellent job of protecting you from a host of security threats.

Setup can be complex, but once it’s configured the Box will help keep your connected devices safe.