FOR Aids detail and dynamics; will improve budget system

AGAINST Nothing of note

Chord clearway analogue rca review – It can be a difficult sharing a name with someone famous, not to mention highly confusing for others. Imagine the travails of trying to be taken seriously while going about your daily life as Alan Partridge or David Brent, for example. 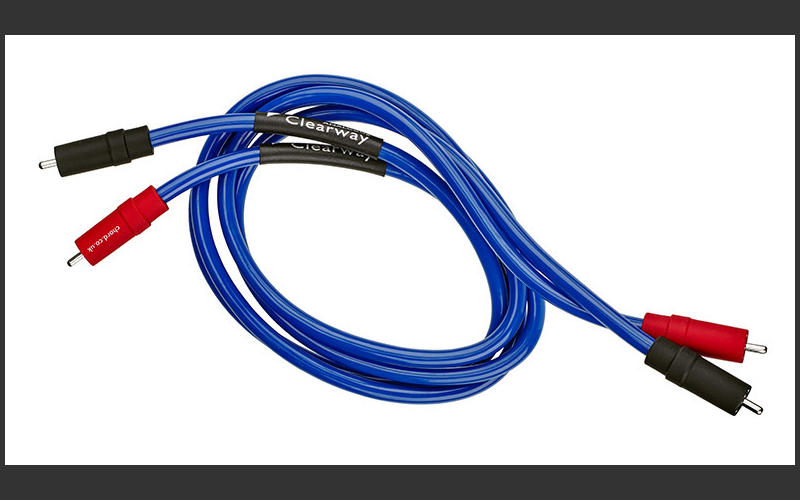 The main problem facing the Chord Clearway Analogue RCA, however, is stepping out from the long shadow cast by the Award-winning speaker cable with which it shares its name. It’s not that we think it should have too much trouble in doing so, rather that this capable product deserves its own share of the limelight.

The Clearway actually takes the basis of its design from another Chord product, the Award-winning C-Line stereo interconnect, and as such, the same Tuned ARAY conductor geometry technology is present here too. Originally developed for digital cables, this technology is preferred for its increased transparency and had previously been included only in products aimed at the more high-end hi-fi listener.

Furthermore, each of its material elements has been upgraded. The conductors, for example, are a heavier gauge oxygen-free copper, insulation has been upgraded to FEP (fluorinated ethylene propylene). The shielding is a dual-layer counter-wound heavy gauge foil design and the cable is fitted with Chord’s silver-plated VEE 3 RCA plugs.

That might mean little to those who aren’t savvy in hi-fi engineering, but any confusion over its technology is completely at odds with the Clearway’s affect on your system’s musical performance.

It’s nearly three-times the price of the C-Line. It would perhaps be forgivable to assume any improvements might be discernible only after a relative upgrade on the rest of your components. Thankfully, however, that isn’t the case.

We conduct our test using a Marantz CD6006, the current version of the same affordable model we used when introduced to the C-Line two years ago.

We play a 2009 remaster of Kraftwerk’s The Man-Machine, and the transparency and precision of the sound coming from our system with the Clearway plugged in is little short of astounding. The synthesizer pattern that opens the first track, The Robots, stabs through the speakers, timing immaculately and opening the curtain wider to reveal space we may never have known was there otherwise.

The performance digs deeper into the detail as well, revealing earthy textures to

Using the Chord Clearway, the performance is exceptional – almost as if everything has been cleaned

synth motifs and vocoder-treated vocal lines, even differentiating better between dry signals and those dosed with a modicum of reverb. If Chord found it difficult to come up with an original title for its new stereo interconnect, it is easy to see why the company chose to reuse Clearway.

The C-Line’s true forte is the way it allows us to hear the real musicality in a piece, by knitting it all together. This new interconnect goes further. The performance is exceptional while using the Clearway – it’s almost as if everything has been cleaned. The extra analytical insight you need when rising through the price groups is there, but also even more in terms of dynamics and organisation, meaning a more human performance.

Take The Model, for example, the track on this album that probably sounds devised and performed least by a group of automatons. The way the Marantz emits Ralf Hutter’s vocal when its laces are tied by the Clearway is still pristine, but tinged with the blithe nonchalance that elevates the performance from cold appreciation of said model to a more understated aching.

If there is a choice to be made between transparency and expression further down the hi-fi food chain, Chord has shown that for £90 you are more than welcome to both. Having spent time using the Clearway, it is really quite difficult to listen to the same songs with anything else of a similar price, almost as if our system is rejecting it.

The price tag might weigh heavy on many listeners’ wallets – and the cheaper C-Line remains the class leader. But for those who can justify the outlay, the Clearway has sufficient talent to see you through many an upgrade.

Chord’s Clearway ekes the most from your hi-fi’s performance, making it a wise way to spend your hard-earned cash