Netgear’s networking products range from the cheap and cheerful, through to the more expansive and quite technically brilliant.

It’s not a bad position for the company to be in, because even various ISPs use a ‘fixed’ Netgear router. 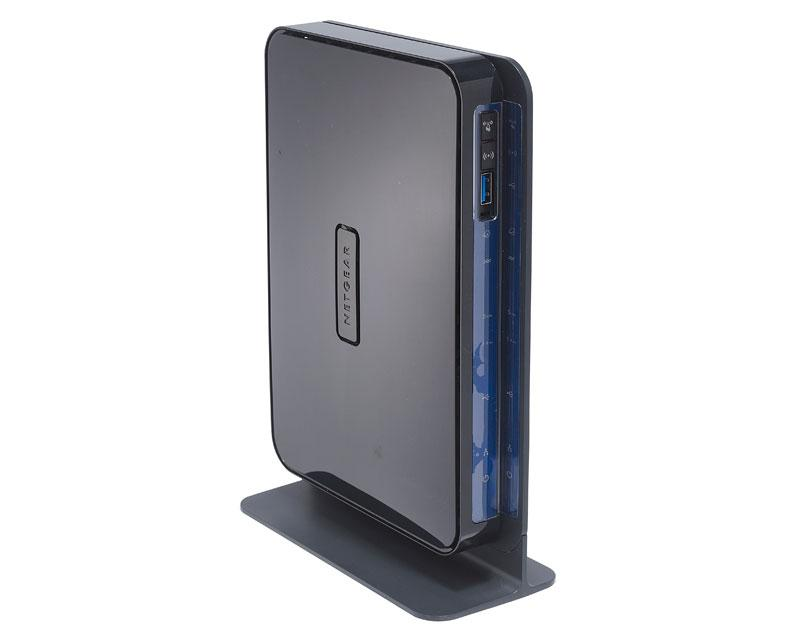 The Netgear DGND3700 N600 is a complete package of a DSL modem and router.

The front of the router is slightly less packed, with a WPS button, another USB 2.0 port and a row of LEDs indicating the various connections, ports and so on.

Within the router are the antenna for the dual-band wi-fi, 128MB flash memory and a further 128MB of memory for processing the data packets and streamlining the router operations.

In terms of design, the DGND3700 is fairly nondescript, but overall it’s a decently constructed unit.

However, the stand doesn’t feel particularly sturdy, and we’re not sure how much it could take if the router was moved around frequently or knocked daily.

The included software is very commercial in its appearance, wording and available features.

There’s certainly a lot here to suggest it’s aimed at the business market, with items such as multiple SSIDs across each band and an incorporated traffic meter function that will issue warnings if a pre-configured connected device goes beyond a set number of megabytes. 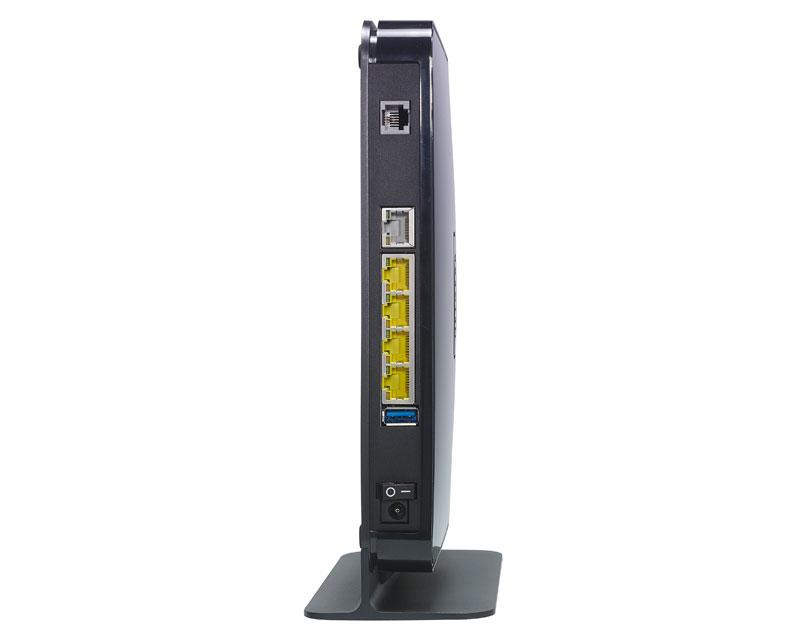 Generally, these are options that most home users will never even look at, let alone actually use.

Being able to limit the bandwidth on certain devices sounds a like great idea, and it is for the business user, but for the home user it’s a little unnecessary.

Also, the administration page and menus are significantly confusing, as are the explanations and documentation.

To more knowledgeable users, every aspect of the admin page probably makes perfect sense, but to regular people it’s not particularly fluid or easy to understand.

Naturally, the addition of the built-in ADSL modem is a pretty good selling point.

Even if you don’t want to use that function, the WAN port will connect to your ISP’s fibre kit easily enough.

Moreover, the dual-band gigabit ports and two USB ports (although only USB 2.0) add more tantalising features and, in a way, so do the more commercial options and features.

The only problem we have is the level of expertise this router requires.

It’s fine taking business software and using it in home hardware, but you have to make sure it’s aimed at home user enough to warrant the use of the extra features.

In spite of that, it's an impressive router, which has just about everything you could possibly think of.