Home » SSD » Welcome to the Era of Flash
SSD

Welcome to the Era of Flash

Traditional hard disk drives may very well still have a place in modern computing, but the future belongs to SSDs.

Six years ago, a 256GB SSD would set you back nearly. Today, the same capacity drive can be had for as little as and that same can get you a 1TB SSD with change to spare. Prices of SSDs have fallen dramatically and that has had a profound effect on the computing landscape. 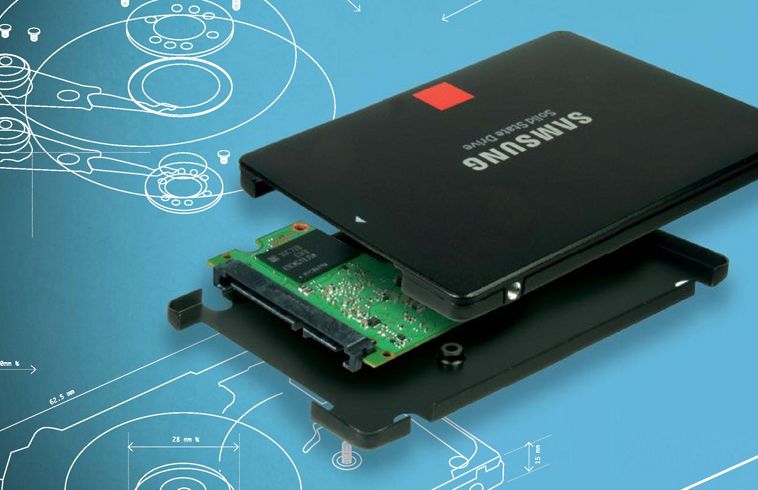 SSDs are now becoming increasingly commonplace. A recent report by TrendForce said that the adoption rate of SSDs in notebooks will hit 50%

this year. Put another way, one out of every two new notebooks will have an SSD. Due to falling costs, SSDs are also becoming increasingly popular in the enterprise space, especially in performance-critical applications. Many research Arms believe that shipments of SSDs will surpass HDDs in the next two to three years. So what is it about SSDs that gives them a leg up over its mechanical rivals? Let’s look at some key considerations now.

We all know performance is one of the biggest advantages that SSDs have over HDDs. Even the most basic SSD will run circles around the fastest, most advanced HDDs. SSDs are therefore well suited to performance-critical applications or tasks where high performance and throughput is required. For consumers, SSDs provide significantly shorter booting up and loading times. In the enterprise space, SSDs are suitable for data analytics, virtualization, and cloud services.

To give you an idea of just how fast SSDs are, consider the table opposite page:

HDDs used to have the edge over SSDs because of their higher capacities. But this is no longer the case. Samsung announced a 15TB SSD in 2016 and followed up with a 30TB SSD just earlier this year that comes in a slightly thicker 2.5-inch form factor. For businesses who need more, Nimbus Data’s ExaDrive DC100 is a 100TB SSD that comes in standard 3.5-inch form factor. In comparison, the largest capacity HDD currently holds only 14TB of data.

SSDs are also considerably more power efficient than HDDs. For mobile devices, using SSDs in place of HDDs can extend battery life. In the enterprise space, this crucially means they generate less heat so less robust cooling is required, which translates to easier maintenance and lower running costs.

SSDs have no moving parts, which makes them significantly more resistant to shocks as compared to HDDs. HDDs can be easily damaged if they are jolted when in use. And since SSDs have no moving parts, they don’t vibrate. This makes them easier to deploy in data centers. On the other hand, sufficient care must be taken to ensure that data racks and servers have the structural rigidity required to withstand the vibration caused by multiple HDDs spinning simultaneously.

SSDs have a lifespan. There are only so many times you can write to a cell. However, SSD endurance and reliability

SSDs have no moving parts, which makes them significantly more resistant to shocks as compared to HDDs.

have been steadily improving and are now as good as, if not better, than HDDs. One way of looking at reliability is MTBF or mean time between failures. Enterprise-grade SSDs have an MTBF of 2 to 2.5 million hours, similar to enterprise- grade HDDs.

For consumers, a better way of looking at reliability is endurance. Take, for example, a 512GB version of Samsung’s new SSD 860 Pro. That has a rated endurance of 600TBW, which means you can write 600TB of data to it before it fails. In most client usage scenarios, most users will write, at most, about 30GB of data to their drives a day. Even if you are a heavy user and write 50GB of data per day, 600TBW is enough for roughly 32 years.

Even though prices of SSDs have fallen significantly. They are still considerably more expensive than HDDs.

THE ARRIVAL OF 3D NAND

Though the first SSD was shipped in 1991, SSDs in the client space only arrived about ten years ago. Back then, it was widely believed that SSDs could never compete against HDD when it came to capacity and reliability. The reason for that was because of the limitations of traditional NAND architecture.

In the past, flash memory manufacturers sought to increase memory density, and hence capacity, by either using smaller manufacturing processes to cram more cells onto the die or by increasing the number of bits 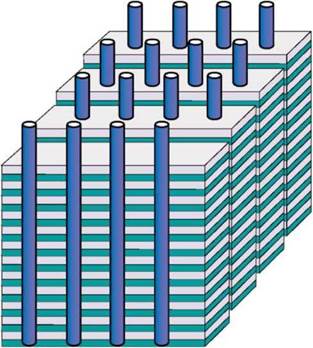 that can be stored per memory cell.

Both approaches have their problems.

There is a limit to how much cells one can squeeze onto the die. Since each cell has to hold a charge, squeezing too many cells onto the die results in less space between each cell. Interference from neighboring cells can disrupt or even inadvertently change the state of the cell that it is next to and cause the data to become corrupt.

Additionally, by having more stages in each cell, the margin between individual stages is reduced. And since writing to the cell gradually reduces the layer of silicon oxide within that acts as an insulator between the various stages, this effectively means that each cell has a shorter lifespan.

These are the problems facing traditional NAND architecture. And in 2014, Samsung made a breakthrough with what they call 3D NAND or V-NAND (Vertical NAND), and this has gone on to become one of the most

3D NAND or V-NAND (Vertical NAND) has gone on to become one of the most important innovations in the flash memory business. 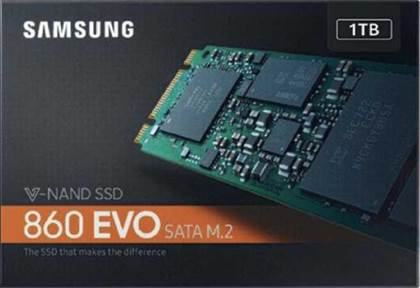 Samsung’s solution to the problems facing NAND is elegant and effective.

As its name suggests, 3D NAND overcomes the limitation of traditional two-dimensional planar NAND by stacking cells upon each other. This not only allows more cells to be placed on a single die, it also creates more space between cells, allowing Samsung to roll back to a less aggressive manufacturing process node, thereby improving performance and endurance.

Samsung’s first 3D NAND SSD to go into production was the SSD 850 Pro from 2014 and its 3D NAND memory consisted of 24 stacked layers of cells. As of now, Samsung has already put into production 3D NAND with 64 layers of cells. This has allowed them to cram 4TB into a standard 2.5-inch form factor and 2TB on a standard M.2 2280 memory drive. And at the Flash Memory Summit last year, Samsung has shared that they are already working on 3D NAND with 96 layers of cells. Today, the vast majority of SSDs employ 3D NAND, which is a testament to the importance of this NAND technology.

It is marketed to address the performance gap between NAND and DRAM.

Not to be outdone, Samsung is also working on a new type of memory that they call Z-NAND. Like 3D XPoint, Z-NAND is a high performance, high endurance memory that slots between NAND and DRAM. And like Intel and Micron, Samsung has not shared details about this new memory, but the first drive to use Z-NAND, the enterprise- focused SZ985, looks mighty promising.

HOW TO CHOOSE AN SSD

Considering how far prices of SSDs have fallen and the benefits of SSDs over HDDs, there has never been a better time to get an SSD. Here is a handy guide on how to pick and buy the correct SSD for your system.

SSDs come in various shapes and sizes and it is important to pick the right form factor for your system. For instance, if you are upgrading your notebook, some notebooks will only accept M.2 SSDs, while others will only accommodate an mSATA drive or maybe only a 2.5-inch drive. SSDs come in four main form factors and they are:

This is the most common form factor for SSDs. They look like small hard disk drives and typically support the SATA 6Gbps interface.

Mostly defunct, mSATA drives were commonly found in notebooks and were favored for their compact size. Like 2.5-inch SSDs, these also support the SATA 6Gbps interface.

These are typically high-performance drives and they go directly into your PCIe slot and support the much faster PCIe interface. Be sure to check which PCIe version they support and make sure it is compatible with your motherboard.

M.2 is the newest and most compact form factor for SSDs and is used by modern systems. They are typically about the size of a stick of chewing gum. They can support either PCIe or SATA 6Gbps interfaces so be sure to pick the correct one for your system.

Form factors are just one part of the story. When deciding on which SSD to purchase, it is also important to consider the interface that they support. This is crucial because it affects performance and compatibility with your system.

SATA 6Gbps is the most commonly supported drive interface, but it is also the slowest. 6Gbps translates to a theoretical maximum data transfer rate of 750MB/s. But because of bandwidth overheads, expect to see around 500 to 550MB/s in the real world. As a result, there are little performance gains to be had when getting a high-end SATA-based SSD over an entry-level one.

The alternative to SATA is PCIe. PCIe is favored because of its much higher bandwidth, allowing SSDs to perform to their full potential. However, be wary as not PCIe SSDs are the same. Pay attention to the PCIe version and also the number of lanes that the drive supports.

In comparison, consider a PCIe SSD that supports the slower PCIe 2.0 standard. A single PCIe 2.0 lane has a maximum bandwidth of 500MB/s, this gives a PCIe 2.0 x4 SSD a maximum theoretical data transfer rate of 2GB/s – half that of a PCIe 3.0 x4 SSD..