When Toshiba purchased the OCZ brand a couple of years ago, the first product to come from the newly marketed name was the OCZ Trion, an SSD that failed to excite the media at the time. Roughly a year later, Toshiba released the Q300 range of SSDs, with capacities from 120GB through to 960GB. However, it’s pretty much the same drive as the Trion.

The 120GB Q300 is a singlelayer TLC NAND memory drive using a flagging Toshiba TC58NC1000 SATA-3 controller. To help compensate for the non-multi-layer memory and not-so good controller, though, Toshiba has introduced some third-level technology in the form of Adaptive Size SLC Write Cache Technology. 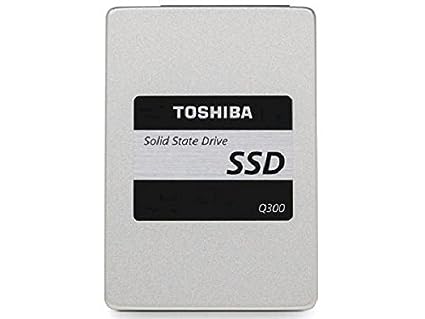 Other features include TRIM support, SMART support, garbage collection, a typical power consumption of 3.6W dropping to 0.3W when in sleep mode, and an MTBF of 1.5 million hours.

As for benchmarks, the Q300 performed reasonably well despite its poorer controller and lack of multilayer memory. The read speeds recorded by ATTO for the 8192KB test were 563MB/S, while the write speed was 405MB/S. The 4KB test revealed both a read and write speed of 217MB/S Admittedly, we were expecting lower write speeds, especially with the 8192KB test, but the Q300 instead surprised us with a decent number. This we imagine is thanks to the write caching technology, since the mixture of TLC memory and that particular controller are known for delivering lower write speeds.

While the Toshiba Q300 120GB may not be as fast as the Kingston V300 120GB SSD (except for the 4KB read test), it’s certainly better than the Adata – and it’s twice the capacity too.

The Q300 120GB is priced, which makes it four pound higher than the Adata model and about a pound cheaper than the Kingston SSD. While better than the Adata in terms of speed and capacity, we think it’s better to pay that extra pound for an overall faster and better constructed drive.

Don’t get us wrong, the Toshiba Q300 120GB is a good SSD, and it’ll serve you well. But it’s worth checking out the competition before committing to a purchase.