Sandisk released a number of SSDs in late 2013 and throughout 2014, ranging from the more run-of-the-mill SSD Plus models, through to the Extreme Pro range. Read our Sandisk x110 256gb review

Among them were the mSATA versions, which never quite reached the Extreme Pro level but still offered a decent upgrade for notebook users. 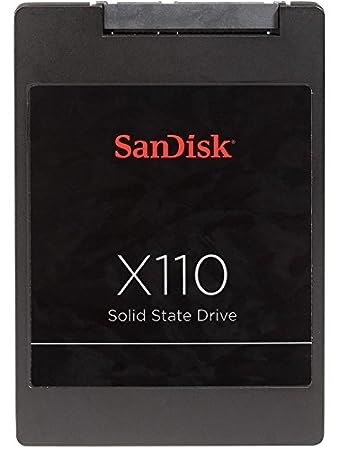 The Sandisk 256GB mSATA on test here is the slightly older X110 model, with the Ultra II now the preferred model from the company. Capacities range from just 30GB to 64GB, 128GB and, of course, 256GB. Each uses a decent Marvell SS889175 controller with Sandisk’s custom 19nm NAND memory, along with 128MB of DDR2 on-board cache.

The Sandisk X110 supports such features as TRIM, S.M.A.R.T.

Thermal Throttling, low power consumption, dynamic and static wear levelling, and AES 256-bit encryption, plus it has an impressive lifespan of two million hours. However, possibly due to its age, it does lack the more exotic features of some of the other mSATA drives on test, such as auto garbage collection and other such wonderful things.

We did expect, then, a slightly lower score on the ATTO benchmarks, and unfortunately we were right this time. The 8192KB file transfer managed just 458MB/s and the similar sized write speed was recorded as a rather poor 348MB/s.

The 4KB file size transfers weren’t too bad, though, with the read speed at 338MB/s, while the write speed was 296MB/s. Again, though, with regards to the bigger file sizes, they’re hardly blistering speeds for enthusiast builders or those wanting to hit higher benchmark scores against their rivals. The smaller file tests, though, were the fastest we’ve had (bar the 302MB/s write from the Samsung EVO).

The boot to the Windows 10 desktop was complete in 12 seconds this time, which puts it at the bottom of the group in terms of the real world test. However, compared to the 2.5″ standard hard drive we had in before the test, it’s immensely faster.

In a comparison to other mSATA drives, the Sandisk X110 doesn’t come out on top, but it is the cheapest model on test for the amount of storage on offer. For 256GB, it’s not a bad deal for an aging laptop or notebook with mSATA capabilities and if, like us, you moved on from a standard spinner, then regardless of the speeds of the other models we’ve mentioned, it’ll breathe new life into your old machine.

However, as it stands, the Sandisk 256GB X110 mSATA isn’t quite up to the same standard as the rest of the group.

This, as we mentioned, is probably due to the fact that this is oldest drive in the group. The more up-to-date Sandisk models appear to be on a par with the likes of Crucial and Plextor.

In short, then, unless this is the only mSATA model that can fit in your machine, you’re better off with one of the other drives here. If, though, it’ll fit where others won’t, then it’ll do a good enough job at giving your laptop a much needed performance boost.