Motorola, now owned by Lenovo, announced this budget smartphone earlier in the year at the same time as the G6, but we can’t blame them for holding it back a bit longer. At an even lower price, this could be the G6’s strongest competition. 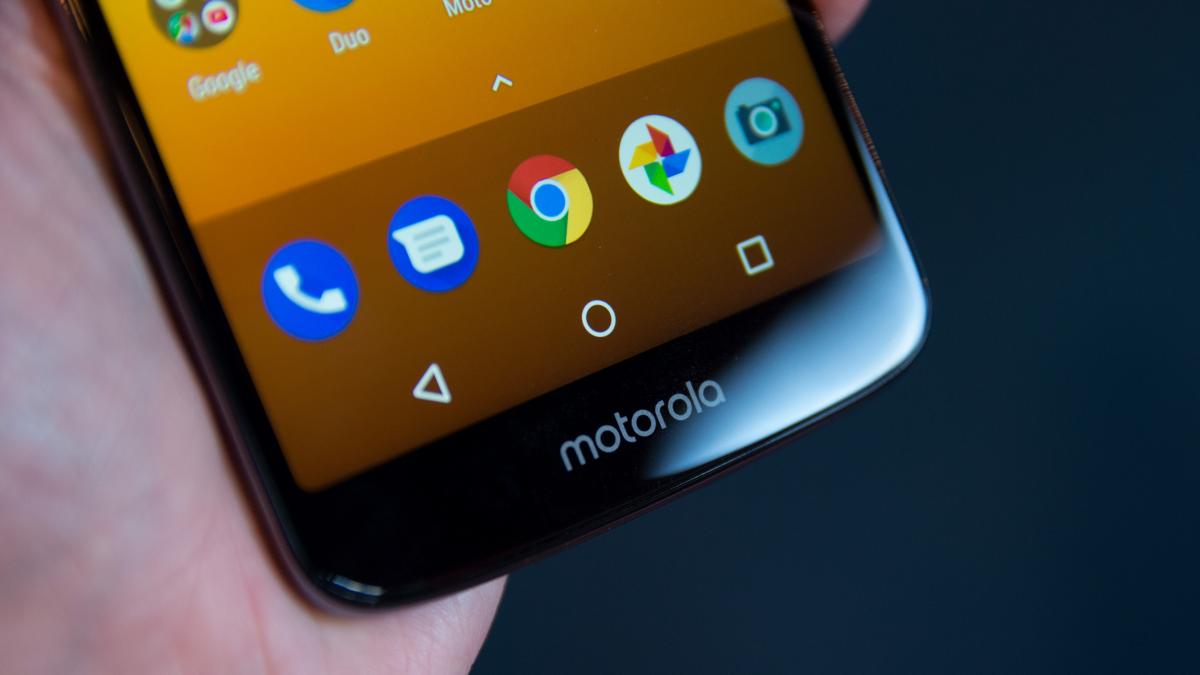 There are three E5 models, with the E5 Play offering the cheapest option, but resembling last year’s E4 more than the shiny new E5. It has a traditional 16:9 screen and a relatively small battery which (unusually these days) is easy to swap. The E5 Plus, is the biggest option, with a battery capacity to match.

The plain E5 is a fashionably tall 18:9 phone, but with top and bottom borders in that recognisable Moto curved style – this isn’t an iPhone X-style design with a notch in the top. At 5.7in it’s quite modestly sized by this year’s standards, and while the fingerprint-resistant Gorilla Glass finish on the front is

welcome, the back is obviously plastic, with a silky finish that you would never mistake for a glass or metal top-end phone.

Still, it’s well made, and when you switch it on the screen doesn’t disappoint. Like the similarly priced Honor 7A, it has a just-sharp-enough 720xl440-pixel resolution that’s outweighed by high brightness levels and vivid colour. Technically, our meter found it only covered 84 percent of sRGB, but that will be enough for most.

What may annoy you is the slow Snapdragon 425 processor. Android 8.1 runs reluctantly, taking a moment to switch between tasks and an age to load web pages. Forget fancy games. The tiny 16GB of storage is also surprising; you’ll certainly need a microSD card, and some apps may refuse to transfer to it. On the other hand, battery life of 19 hours 39 minutes in our video-playback test beats all comers in this price bracket by some distance.

It's a shame it's not more responsive in use, but the Moto E5 gives you the best camera and screen you'll see at this price

This appealing 16:9 phone can’t compete with the E5’s camera quality or battery life