Huawei’s Honor brand has a lot of current models, and a lot of them are called 7. The 7A costs more than the 7S but less than the 7C. 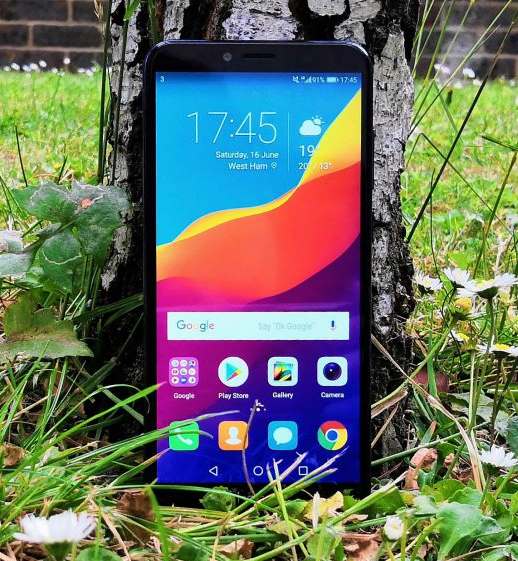 There’s also a 7X, but somewhere around this point we gave up. The exact price is also something of a mystery.

At any of these prices it’s an attractive phone. The processor and storage specs are basic. Huawei’s version of Android 8

(Oreo) doesn’t always respond instantly so you can forget fancy games: and you’ll need a microSD card to make room for anything beyond a few apps and photos.

On the outside, however, this looks like a premium product. It’s obvious when you pick it up that the back panel is plastic, but that means it’s slimmer and lighter than a glass design.

It’s also the cheapest device we’ve seen featuring face unlock, which is just as well, because we found the fingerprint sensor on the back often failed.

The screen isn’t particularly sharp or colour- accurate. but its 16:9 shape and decent brightness feel anything but budget.

At just over 11 hours 30 minutes in our video-playback test, battery life is average, but acceptable.

A great look and set of features for the money, especially if you like face unlock, but sometimes slow

This plastic version of the G6 has similar specs but twice the storage, and longer battery life