The procedures and sophistication of modern video editors, together with the speed that our PC systems are now capable of, means that video editing is not such a chore as it used to be.

Whereas professional editing was originally carried out on very expensive editing suites costing thousands of pounds, today you can get pretty close with a single PC and a software editor, like this latest release from Magix. 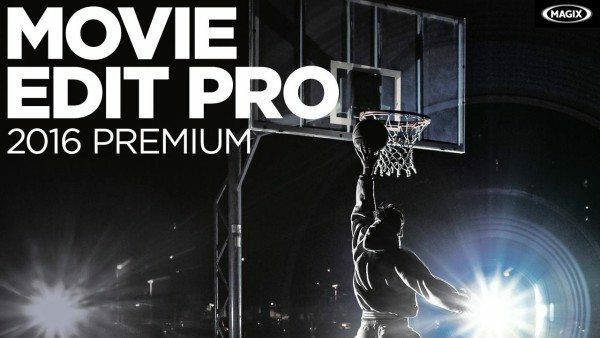 The Movie Edit Pro series has been around for many years, with regular updates providing ongoing development, so keeping the programs in line with current technologies. There are three versions of Movie Edit Pro, but this review is based on the Premium package, which in my mind still represents the best value, particularly as the price has been reduced by £10, yet Magix has updated the whole system and included a lot more content. For example, the package includes the NewBlue Action Cam Package, a product designed for users of GoPro or similar cameras. Incidentally, the effects and adjustments it provides are not just for action footage, because it includes

– Fully featured and easy to use

things like auto contrast, tint, colour shift and more. This version is also the first program to support 360° editing, for video taken with panoramic cameras. It’s not that long ago that the price of these cameras would have limited this option to those with deep pockets, but the price is now well within the bounds of us poor folk, and I have to say panoramic video is nothing short of spectacular.

Another product included with this package is proDAD Mercalli 4, which, as it happens, would also be useful for the action camera buffs. It does an amazing job of correcting those handheld shots, with sophisticated image stabilisation and CMOS correction. This is when the image sensor inside your camera has not coped with the bumps and shakes generally found in actions shots, which results in the introduction of even more distortion, as the sensor tries to correct the problem. However, Mercalli is one of very few products that can automatically correct both shake and CMOS distortions.

With the addition of the NewBlue EX Titler, Magix maintains that the extras in Movie Edit Pro Premium are worth twice what it charges for the program. And to be fair, the titler can create the most amazing and professional-looking titles, complete with animations, special effects, transitions and more. It’s also fairly intuitive to use. Most of the options are simply drag and drop, or you can see a preview by hovering over each icon.

Yet what makes Movie Edit Pro Premium stand out from other video editors is the comprehensive range of templates that Magix provides. These come in different styles and lengths, with music and transitions to match; all you have to do is drop in the video content. A single click will accept the layout and drop you back to the standard timeline, where you can do any fine tuning before outputting to whatever media format you need.

The program can now handle multi-cam editing, which is a lot easier to do than you might think. You simply drop the footage into different tracks, use the context menu to align the audio, and switch to multicam mode. This displays the different camera views and the target view in the preview monitor, then it’s simply a matter of running the footage while clicking on the relevant camera view to add it to the video being assembled. It’s actually a lot easier to do than describe.

If you do try one of the Edit Pro products, there are free 30-day trial versions on the Magix website.