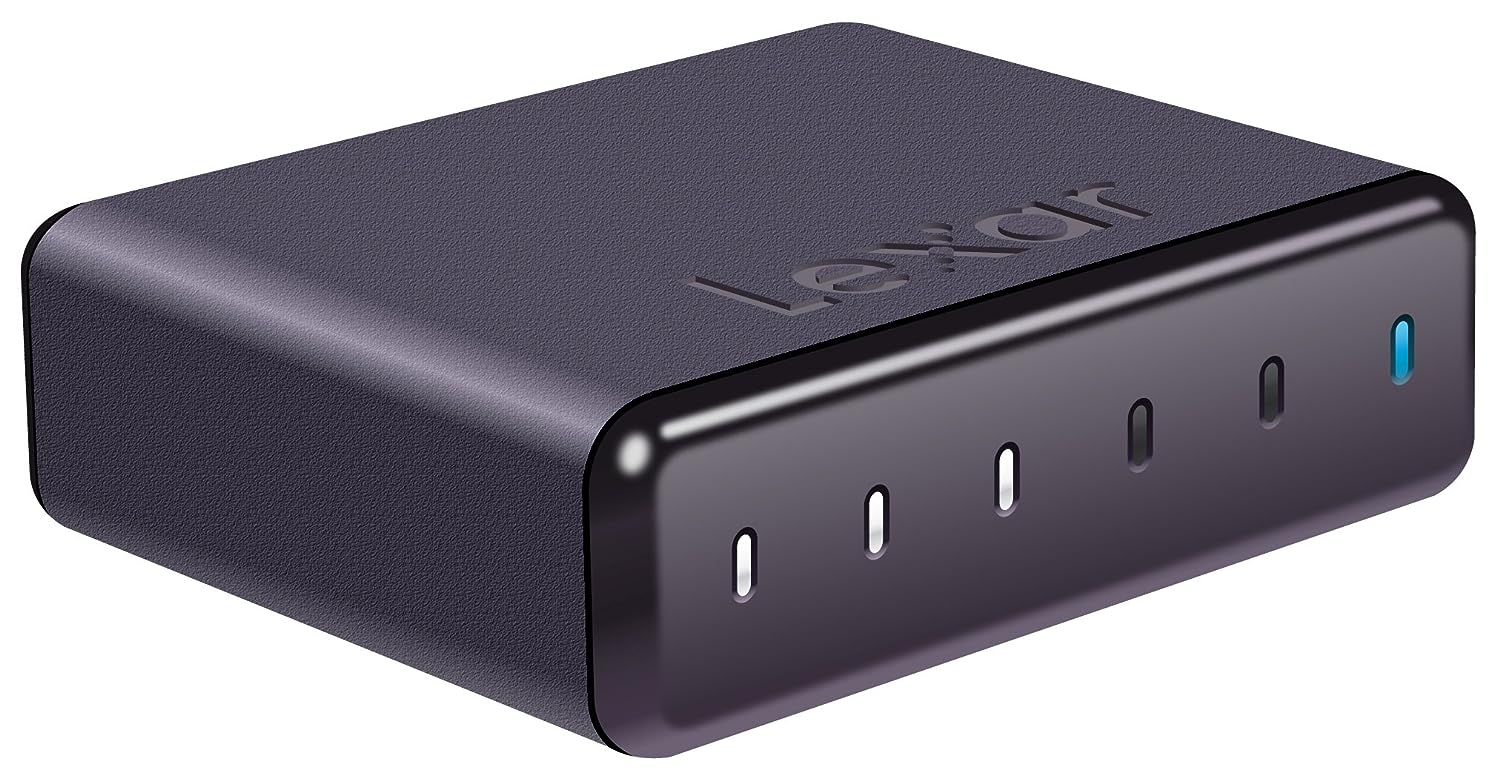 Back in 2014 I covered a product that Lexar produced for its HR1 and HR2 Professional Workflow hubs, the DD512 (LRWDD512U).

On the face of it, the Portable SSD is almost identical, in that it’s been shaped to be used with the Workflow box on Thunderbolt or USB 3.0, though can be used on its own with the USB 3.0 cable that is included in the box.

The thinking behind this product is to give someone working with video or raw image data somewhere to dump and work with those files at the fastest possible speeds.

If they’ve got a laptop with a conventional hard drive but USB 3.0 ports, then the Lexar Portable SSD will deliver that speed boost and also put them on a device that will enable them to transfer things elsewhere rapidly.

The old LRWDD512U has been replaced with this LRWSSD512U, and the speeds Lexar is quoting are roughly the same. So what’s really changed here?

Outside, the case construction is much the same, though the new device has a gun metal finish to its plastic rather than the gloss black vibe that the DD512 had. And the performance is roughly the same as its processor. It also has the same LED scheme, where one light indicates power, and five give a very rough estimate as to how full your portable SSD is getting.

Obviously, it needs to be attached to see those lights, either directly or using the Professional Workflow Hub.

The only problem I’ve had with this device (and, as I recall, with the one that it replaces) is that occasionally the drive will just reboot for no obvious reason when it’s not actually doing anything.

Suddenly you get the sound of a disconnected USB device, and then within a few seconds I hear the sound of it reconnecting. I’m not sure if this could be an overheating issue, the USB on my work platform or something to do with power management.

I should point out that I’ve never lost any data or even had the device corrupt, but it does do this occasionally for whatever reason.

Having the same size, speed, appearance and price as the product it replaces encourages me to think that the appearance of this new product has more to do with Lexar changing the internals to make it cheaper to manufacture.

Lexar wasn’t forthcoming if this was the case, but it didn’t deny it either.

• Great for use with Lexar Professional Workflow line products

In terms of price, it’s on the steep side, considering that you can get a cheap 2.5″ SSD and a USB 3.0 enclosure for much less than that this will set you back.

That makes this product really only of interest to those who own a Lexar Professional Workflow solution, rather than the wider market for high-performance storage devices, mm Mark Pickavance

Classy portable SSD that comes in 256GB or 512GB capacities

Classy portable SSD that comes in 256GB or 512GB capacities