4K you can actually afford

This is a monitor aimed at gamers. It gives you a big 28in screen with a huge 3840×2160 pixels. ‘4K’ panels don’t get much cheaper, even at smaller sizes – and smaller sizes do less justice to all those dots. 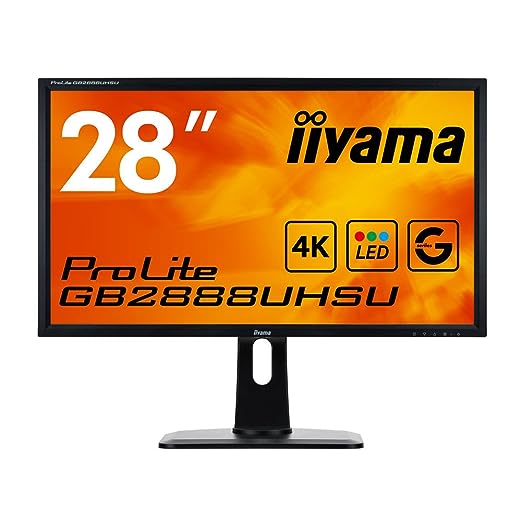 So what’s the catch? With the first affordable 4K screens, it was slow’ refresh rates: the picture would update only 30 times a second (30Hz), giving slightly jittery motion that was useless for games and subtly annoying for everything else. When we first turned on the Gold Phoenix, we had the same problem, but that was because it arrived set to DisplayPort 1.1 mode, which is compatible with older PCs. We used the menus to select DisplayPort 1.2 instead, enabling this monitor’s maximum refresh rate of 60 Hz.

Before splashing out on a 4K monitor, check that your PC has either DisplayPort 1.2, or HDMI 2.0, or two dual-link DVI outputs, otherwise you’ll be limited to 30Hz. It’s also worth noting that Windows 7 doesn’t work properly with high-resolution displays; the necessary scaling options were only added in Windows 8.1 and Windows 10.

The Gold Phoenix works best of all with a PC that has one of the latest AMD graphics cards. These support a feature called FreeSync that matches the monitor’s refresh rate to whatever the graphics card can output at a given moment, eliminating the stutter that can result from the PC failing to keep up. It’s particularly useful when trying to run games at the full 3840×2160 pixels, which asks a lot of your graphics card: our high-end system could only manage 45-50 frames per second in some games, but it looked very smooth. When we turned up the graphics quality settings, though, reducing the frame rate to 35-40fps, FreeSync couldn’t quite fix the visible judder. Nvidia’s equivalent system, G-Sync, works better, but G-Sync screens cost more. Anyway, you don’t really care about that because you’re probably not a gamer.

For Windows, we found the screen was very sharp, but only covered 87 per cent of the sRGB colour range – acceptable, but not great – and looked too blue. We fixed this by setting Green and Blue to 92 per cent in the menus and leaving Red at 100 per cent. You could do the same, but screens can vary, and without expensive testing equipment you wouldn’t be able to check that those settings were right for yours.

Because the LCD panel is of the TN variety rather than the currently more popular IPS, you need to look at it straight on to avoid colours shifting. Fortunately, Iiyama’s chunky plastic stand offers plenty of tilt and height adjustment, but it’s not the best screen to double up as a TV for several people to watch at once.

So, should you buy the Gold Phoenix? Even if you’re tempted, we’d hold off, because other similar monitors are appearing, including AOC’s U2879VF, which we haven’t yet tested but is selling.

What’s clear is that the high resolutions we’ve been seeing in smaller mobile screens are going to become more common on PCs. Now that Windows 10 is pretty good at making sensible use of the extra pixels, it’s a welcome development – and not just for gamers.

It’s a shame the color settings aren’t better out of the box, but this monitor is good value for an extrasharp screen.