• Requirements: GPU capable of handling 4K resolutions, both HDMI and DisplayPorts cables needed as nothing 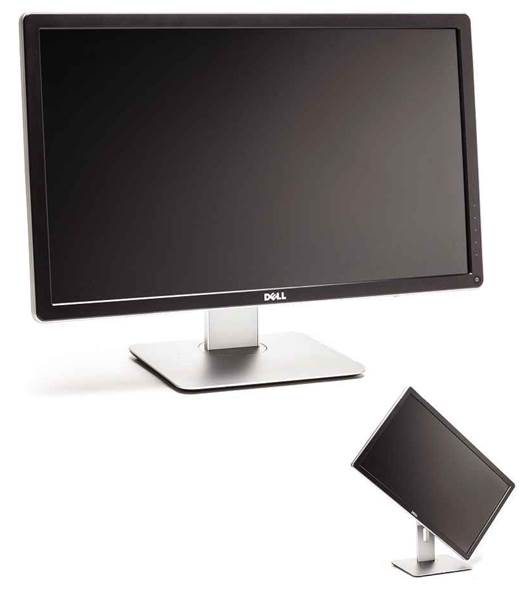 The familiar sight of a Dell monitor

Considering the amount you’re paying, you don’t get a very good monitor in return

Dell was one of the first companies to launch a 4K monitor on to the eager public, with the UP2414Q. In terms of monitor technology, this example is getting a bit long in the tooth, since it was released nearly two years ago and in that time it’s had a couple of updates and revisions before handing the baton over to the more feature-rich 32″ UP3214Q.

What it may lack in contrast numbers, though, it makes up for in connectivity. There’s HDMI, mini DisplayPort and DisplayPort (full sized), with a four-port USB 3.0 hub (one port is fast charge enabled) and an SD card reader tucked away near the power port.

An odd design decision is that the HDMI port is only version 1.4, not the usual 2.0. This means of course that you’ll only be able to achieve UHD 4K resolutions via the HDMI port at 30Hz, instead of the usual 60Hz that most 4K monitors offer.

As this model is from the more business line of Dell monitors, there’s a good set of ergonomic features, with tilt, height adjust and pivot. Moving the monitor around its angles and heights proved to be perfectly fine, as did the rest of the construction of the bezel, stand and panel.

Dell has a particular formula for how a monitor looks, and it’s sticking to it. This means that the UP2414Q looks pretty much like every other Dell business monitor going, which also means that the same design problems apply. For example, why does it insist on positioning the ports, including the USB hub ports, in reverse and up and under the bottom of the panel. This makes it extremely awkward to plug in or unplug anything, as you’re required to pull the screen to one side and tilt it to see where you’re going.

If you have a few cables plugged in and the power is limited by the desk and the one opposite, as in most offices, then things can get a little fraught.

As for the image quality, we weren’t all that impressed. The 4K resolution looked great as a static image, but with moving images (games, movies, 4K YouTube clips and so on), there was a serious amount of lag, and the screen suffered greatly as a result. We also noticed significant screen tearing and some pixelation around the edges of the image – something we didn’t come across with the other monitors. And there seemed to be some pretty terrible backlight bleed too.

The version we had on test was revision A01, which solved the problem of the previous revision of only displaying half a screen when booting – requiring you to power cycle the monitor to display the correct image. Although refined somewhat from the previous version. It is, however, being phased out in favour of the aforementioned newer 32″ UP3214Q.