Chillblast Billet Core Review – One chip to run them all

I here are two components every modern PC needs: a CPU and a GPU. The central processing unit, which we normally just call the processor’, is the brains of the operation, the big fat chip that runs Windows and all your favourite programs. Read our Chillblast Billet Core Review.

The graphics processing unit produces the screen display that shows you what’s going on. Mainly thanks to the demands of 3D games, today’s GPUs can be extremely powerful, so these are big chips too, and come mounted on a separate printed circuit hoard with its own cooling fans – known as a graphics card. 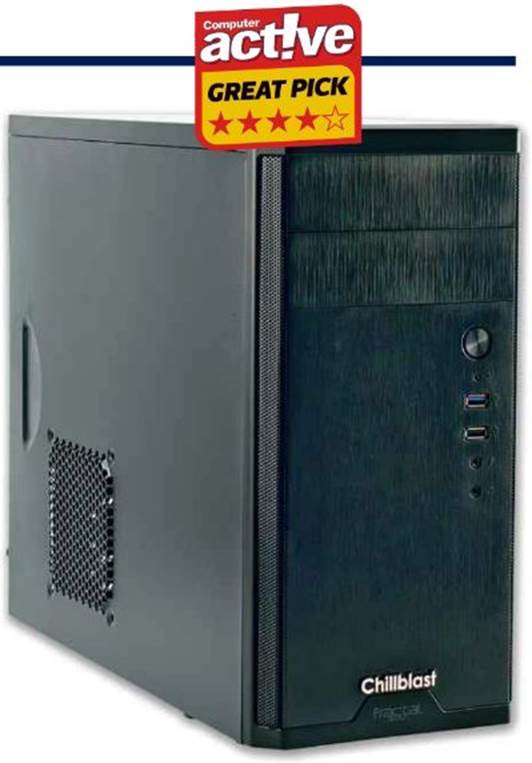 Not lightning fast, but a great all-rounder for this money

In case all you have in mind is word processing, web browsing, email and the like, and you don’t want to spend money on a graphics card. Intel incorporates a basic GPU into all its CPUs. So you can buy a PC with an Intel CPU alone, and add a graphics card later if necessary. Rival chip maker AMD has taken a different approach, and sells most of its CPUs without a GPU, which helps to keep prices competitive but means you do need at least a basic graphics card as well. It also offers what it calls ‘APUs’, which stands for ‘accelerated processing unit’ 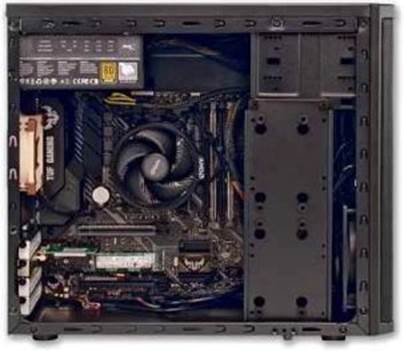 and includes both a CPU and something that’s closer to the GPU on a proper graphics card than Intel’s integrated graphics.

The AMD Ryzen 3 3200G APU in this small tower PC system has four CPU cores, each handling one program thread, which isn’t especially impressive. But it also has enough graphics-processing ability to run many 3D games smoothly at up to 1080p Full HD resolution. It’s helped along by Chillblast’s clever decision to fit a budget PC with 16GB of memory, twice what we’d expect, installed as two matching 8GB modules in dual channel mode tor maximum speed.

Unlike a dedicated graphics card, the built-in RX Vega 8 GPU has no separate memory of its own, and has to borrow enough main memory’ for whatever it’s trying to do. With 16GB to play with, that’s fine, and the extra room also helps the CPU with multitasking.

It’s not as clever as some rivals, however. Palicomp’s AMD Impulse RYZ7, with an older Ryzen 5 2600 CPU and AMD’s 2GB Radeon RX 560 graphics card, was up to twice as fast in our general tests as well as giving us about 50 per cent higher frame rates in games.

Both PCs come with equally fast 512GB SSDs, plus room for a couple of internal hard drives if you need more storage, and plenty of USB ports at up to 10Gbps speeds for external drives. Both are relatively compact: Palicomp’s case is prettier, with a glass left side, but Chillblast’s lets you fit a DVD or Blu-ray drive if you need it. And i7 uses a lot less electricity, ranging from 25 watts when idle up to 102W, compared to 55-150W for the Impulse RYZ7. So there are pros and cons, but Palicomp clearly offers more performance for your money.

Not the fastest system for the price, but a great all-round budget PC with some room to expand.

A six-core, 12-thread CPU plus low-end graphics card add up to more speed