A serious level amplification from Ayre in Boulder, Colorado, coupled with versatility to pick your preferred inputs and upgrade to add others later. Read our Ayre Acoustics EX-8 Review.

An ‘integrated hub’, is how Ayre Acoustics describes the EX-8. That’s nice, we thought, but what the heck is an ‘integrated hub’? We have not previously encountered a thing so described. The problem, of course, is that there are now so very many different ways to store and deliver music. Hi-fi manufacturers not only have to make sure their components accommodate all those different ways, but they have to come up with a simple way of telling customers that their products are equipped to handle all those different ways… as well as give them an idea of what type of amplifica­tion might also be built in. AV receiver makers have been struggling for more than a decade to come up with a better term describing everything a modern AV receiver does, but have yet to succeed, stopping somewhere around ‘networked AV receiver’.

Here in the two-channel space, Ayre Acoustics’ has obviously attempted to do this by joining the words ‘Integrated’ and ‘Hub.’ Presumably, we’re supposed infer that it’s not only an integrated amplifier, but also a ‘hub’ for all your sources. Which isn’t a bad stab at a description, although it could equally apply to many of today’s multi-talented amplifiers. So whether the term will fly with the hi-fi industry as a whole has yet to be seen.

The degree to which the Ayre EX-8 can fulfil its advertised role as a ‘hub’ depends to a large extent on the buyer, since three different versions of it are available. The ‘base’ version, gives you only three analogue inputs: two of them unbalanced (via RCA) and one balanced (via XLR).

Not much of a hub, really, and even analogue-only audiophiles will likely find these inputs too few to be truly useful. A couple more at least would have made for a more practical proposition.

The next step up is to option in digital inputs, which Ayre calls a ‘Digital Base’ option. With this, you get one coaxial digital input, two optical digital inputs and an AES/EBU input. In order to make the EX-8 a real ‘hub’ you have to go the whole hog and go for the ‘Full’ option, which adds Ethernet and both USB-B and two USB-A slots.

Some might pay even more for a ‘Wireless’ option that added Wi-Fi, AirPlay and Bluetooth, but Ayre doesn’t offer one (at least it didn’t at the time of writing). What it does offer is a USB/Wi-Fi adaptor that plugs into one of the two USB sockets on the rear and enables you to connect to your home network wirelessly, rather than via Ethernet. This USB/Wi-Fi ‘dongle’ is usually included, but for some reason it wasn’t with our sample

“We pushed the level right up — what a level the Wedge can push out while the sound just gets bigger, not thicker, not compressed..”

— perhaps it’s in a previous reviewer’s pocket. So we reviewed using wired Ethernet.

“This way we make it easy for our customers to keep up with formats or add new technologies we discover with a simple board swap,” he says. It’s an approach that other manufacturers, notably NAD, have also successfully implemented.

As you can see, the Ayre EX-8 is rather spartan, with only a smallish display, a largish volume knob, two normal-sized push-buttons and a pair of headphone sockets occupying the space. (We say ‘a pair’, even though there are three sockets. Two are for a balanced 3.5mm connection, the other is a standard 6.35mm unbalanced output.)

The EX-8 is also a fairly small component, measuring 440 x 330 x 100mm (WDH) and fairly light (11kg), even when optioned-up to the gills. But Ayre’s design approach looks very elegant, something you could proudly have out on top of a credenza or such-like for all visitors to admire.

The rear panel has all the inputs and outputs chosen, but there are two notable omissions. Firstly, Ayre does not identify which speaker terminal is the right channel or which is the left, leaving you to work this out yourself. Secondly, it labels its speaker terminals with big, black (+) and (-) markings but does not include any warning that these outputs are in fact balanced, so the (-) terminals are not at ground potential, which means if you connect either to ground (possibly via a powered subwoofer), you might damage the amplifier. This lack of a warning on the equipment itself is a serious oversight. It is at least mentioned in the Owner’s Manual.

Also in the Owner’s Manual is the advice that “Due to the manufacturing processes used for the wires, capacitors and circuit-board materials a break-in period is required for the amplifier to reach its full sonic potential.” Ayre recommends that the break-in period should be around 100 to 500 hours; many other manufacturers also recommend similar break-in timeframes. But what surprised us was Ayre’s next statement, that “each input uses a different physical path on the input circuit board, therefore a separate break-in period is required for each input”. Really? A fully-optioned Ayre EX-8 has ten inputs, so to allocate the maximum break-in time for each input, we’d have to use the Ayre EX-8 for 5000 hours before it was performing as its manufacturer intended, in order that we could review it properly. That’s a bit over six months of continuous operation. We weren’t granted such an extended review period, so you must forgive us not being able to fully ‘break in’ all the inputs used.

Ayre also includes a set of wooden (Myrtle) blocks that it recommends you place underneath the EX-8 to improve its sound quality. While they may very well do that, there may be an ulterior motive, which is to make sure there’s plenty of airflow underneath the amplifier, because without it the amplifier will get very hot indeed — our infra-red thermometer measured it at more than 50°C, and that was in an air-conditioned listening room following a not-overly-loud reviewing session. (It was, however, after running the EX-8 24/7 in order to try to rack up the required break-in hours.)

After establishing which speaker terminals were left and which were right (we guessed wrong), it was all plain sailing. Ayre’s menu system is so intuitive that you probably won’t

This is the ‘Full’ spec EX-8, but the ‘Base’ comes with just the three analogue inputs, while a ‘Digital Base’ model adds two optical and one coaxial digital input. The ‘Full’ model has the lot, adding Ethernet networking, USB-B for computer playback, and USB-A slots for file playback or the usually included Wi-Fi dongle.

The two AyreLink telephone-type sockets allow integrated control with other Ayre equipment, or with other home control systems via an optional RS232 adaptor box.

need the Owner’s Manual, unless it’s to set up the Wi-Fi, or to work out how to make inputs ‘invisible’, or to adjust display time-out times or install firmware updates via USB, or arrange pass-through options, or enable video sync. This applies to controlling the EX-8 via the front panel, using the supplied infra-red remote control, or the option to operate things via the M-Connect app, though you will have to switch between them for some operations.

Sound quality was clean and dynamic, and there was more than enough punch to the sound even with fairly inefficient speakers; it’s unlikely you’ll need any more power than the Ayre EX-8 can deliver if you have an otherwise well- curated system. Listening to the classic opener Doctor My Eyes from Jackson Browne’s self-titled debut album, the Ayre delivered the full complexity of the contrasting bass lines from bass guitar and piano plus the fabulous percus­sion (full kit’n’congas) with unerring precision, keeping the low frequency sounds completely separate. You can also hear the finger strikes on the congas very clearly, and even on the fastest of the bass guitar riffs you can clearly hear the attack and the decay. and there’s no bleeding of one note into another.

Midrange was also superb. Listening to Browne’s Tender is the Night (I don’t know if he 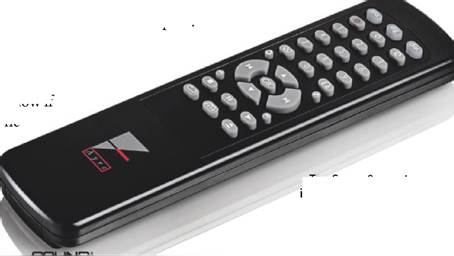 ◄ The Series 8 remote is a solid device with full controls including transport keys and display brightness control.

borrowed the title from F. Scott Fitzgerald’s novel of the same name, or from its original source, the John Keats poem ‘Ode to a Nightingale’), not only was Browne’s voice rendered accurately, but also the sound of the lead guitar and organ. You can hear the ‘studio’ sound of the day, but it’s very natural, with mostly only a little echo added. an effect which is also made clearly audible by the clarity of the Ayre EX-8’s sonic delivery.

Staying with the same artist to test out the Ayre EX-8’s high-frequency perfor­mance, Browne’s track Lawyers in Love (again from his album of the same name) has some insane super high-frequency action (is it a synth pretending to be a theremin?) along with great cymbal sound, and the Ayre again delivered it all beautifully. And, of course, the superb bass and drum sound Browne’s engineers manage to deliver on all his early albums is also clearly in evidence. (If trying this tune, take the time to listen carefully to the lyric of this track. it’s a doozy, and particularly relevant in these Trumpian times.)

The fact that the Ayre EX-8 does not have Bluetooth and AirPlay should not really worry you, but if it does, there are easy ways to enable this by adding a streaming accessory (ask your hi-fi dealer), so we don’t really lament their lack. Likewise with MQA, even though Ayre could easily add this at any time (in fact, probably a good idea to check if it has been added by the time you’re reading this review). But we do recommend you listen to the Ayre EX-8, because although its price puts it on a shelf where it has lots of serious and well-credentialled competitors, its interconnectedness, easy operability, excellent sound quality and attractive exterior make it especially worthy of consideration at this price.