A subdued, tiny powerhouse that can go toe-to-toe with any “normal-sized,” high-end rig. Read our Asus Huracan G21 Review.

Many mini-itx form factor could be hiding an RTX 2080 beneath its slim case, and the Asus Huracan G21 is no exception. Its recent refresh puts it in a dead heat with other PCs of the same caliber; it can be configured with up to an Intel Core i9- 9900K CPU and GeForce RTX 2080 GPU, which is the model we have here. If you’re looking for a small PC that can handle the most demanding games, the Huracan G21 stands tall with the competition. 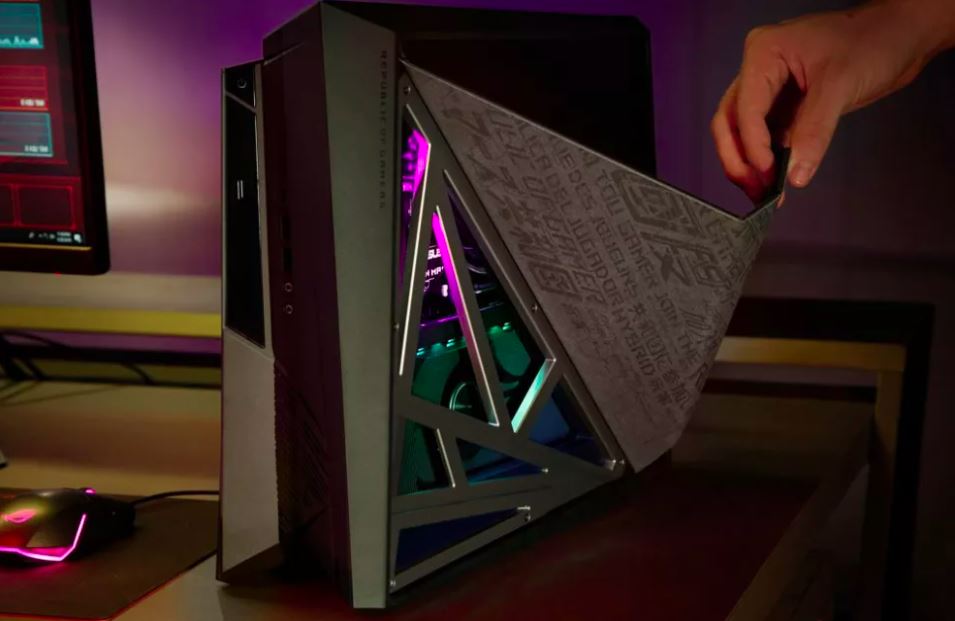 The all-black design gives this tiny tower of terror a minimalist look—but with a multifunctional twist. A flap on the right side panel folds up to expose the hardware inside, but it’s not just there for show; the space within the geometrical design is empty, to allow extra hot air to escape. With the flap closed, the PC still stays cool, thanks to the efficiency with which the Huracan G21 dumps hot air out the back. It’s noisier than its small-form counterparts, but you don’t have to worry about it overheating.

There are nine USB ports: six on the back and three on the front, one of which is a USB-C port, so enough for all your peripherals. There’s also a door on top that lifts up for easy access to a hot-swap 2.5-inch SSD drive bay, and something from ancient times called an optical drive 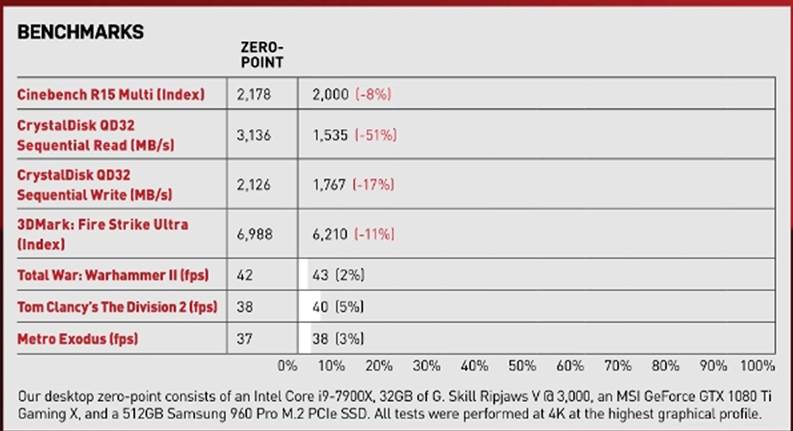 nestled into the grooves of the left side of the case. Optical drives are basically obsolete, and the majority of modern cases don’t include a bay for them, but this one blends in with the rest of the chassis, so it still looks nice.

If cable management outside your PC is a priority, you might be annoyed by the adapters used to power this PC instead of the usual PSU. Like Asus’s higher- end monitors, the Huracan G21 comes with two chunky bricks for 280W power adapters. One of the appeals of small- form-factor PCs is that they are light and mobile; the Huracan G21 is light, but being tethered by two power adapters makes it more of a headache to move around. 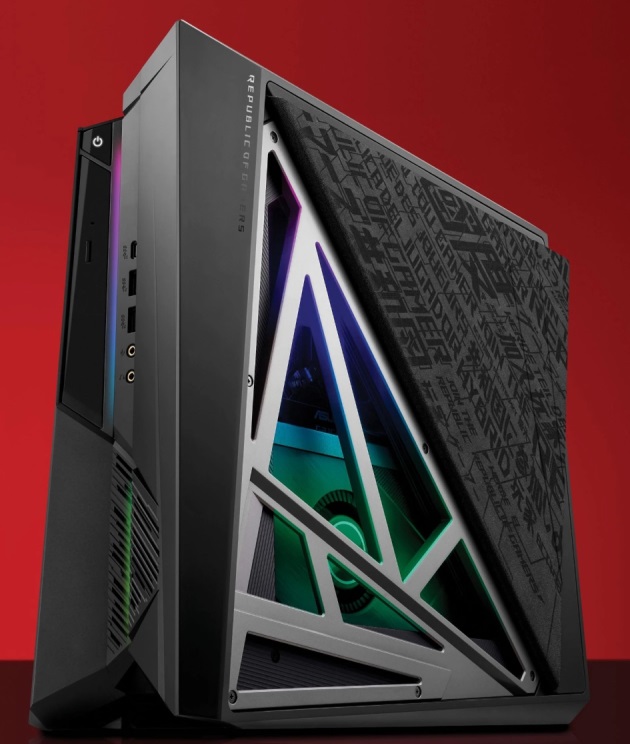 The sole let-down hardware-wise is the 1TB SSD, which only spat out average sequential read/write speeds of 1.5Gb/s and 1.7Gb/s—still fast compared to SATA SSDs, but not the fastest thing out there. At least the components are easily accessible, so you can swap that out for something faster, and it does come with 32GB of DDR4 2666 RAM, so you’re future-proofed there.

Like other small-form-factor pre- builts, the Asus Huracan G21 does not come cheap— for this fully decked- out configuration. That’s cheaper than the likes of Corsair’s One i165, but more expensive than MSI’s TridentX (which is now retailing for under $, and also comes with secondary storage and is quieter). When you weigh the cost versus the components in the Huracan G21, you’re paying for all those extras: the cool magnetic flap, the aggressive angles, the hot-swap SSD bay, the warranty, and all the time saved from not having to squeeze your hands into a Mini-ITX case yourself, -joanna nelius 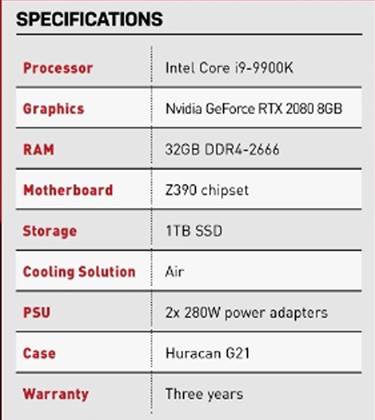