Featuring custom tools as well as the ability to put together your own spins, Shashank Sharma is intrigued by the aspirations of this LFS-inspired distro

This is the first release since the distribution switched from a year.month naming convention.

The project produces two variants, respectively favouring Gnome and XFCE desktop. The distribution is a good starting point if you’re interested in building your own Linux distribution, but not yet ready to have only LFS as your guide. 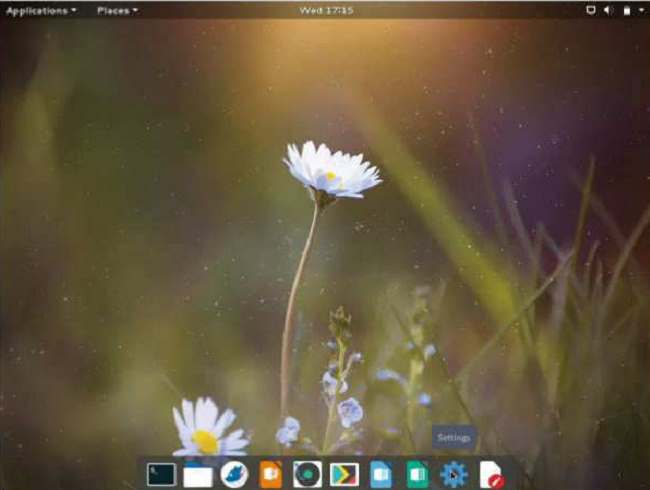 One of the biggest changes the project has undergone since last we looked at it in LXF217 is the change in the naming convention. Another major change is the introduction of the Gnome edition. According to the release notes, the project plans to make Gnome the default environment for future releases, although other desktop will still be supported.

Recent years have seen a surge in distributions featuring custom designed tools – be it desktop environments or something more simple such as the welcome screen – and AryaLinux is no exception.

The distribution features a custom installer, which takes users through a six-step installation process. The only downside is that the installer lacks a partitioning tool, and users are expected to manually carve space for the distribution, and in a particular scheme, too. You must create three partitions, one each for swap, root and /home, and this partitioning scheme is non-negotiable. You can’t, for instance, choose to install AryaLinux without a separate /home partition.

Thankfully, the distribution doesn’t place any size restrictions on the size of the swap and /home partitions, and we managed to successfully install the distribution onto a 10GB root partition, with 1.2 GB reserved for /home, and only 512MB for swap. Even with only 4GB RAM on a dual-core machine AryaLinux performs admirably. It’s much faster than some of its peers, such as Fedora and Linux Mint.

Besides the restrictive partitioning scheme, the distribution also doesn’t feature a graphical software management tool. Instead, the project uses the homegrown AryaLinux Packaging System (ALPS), which is invoked with the namesake alps command. Written in Python, the nifty little tool can resolve dependencies, and install and remove packages, but isn’t quite as feature- packed as its more popular peers such as pacman, portage, or even dnf and apt. In addition, unlike the other package managers that rely on pre-compiled binaries. alps utilises source tarballs to build packages, which is a slower process because each application, tool or utility is downloaded and compiled separately.

With the latest release, the distribution now also supports Flatpak applications, but unfortunately there’s no documentation describing how to install such packages with alps.

Although AryaLinux is a perfectly capable desktop distribution, the project does have a few quirks that place it at odds with most of its peers.

The distribution’s USP is the custom-build scripts that enable you to roll your own spins based on AryaLinux. Inspired by the teachings of the Linux From Scratch and Beyond Linux From Scratch manuals, the distribution supports two different build models. You can choose to spin your own flavour using the Live-installable medium as the base, or use a partial build of AryaLinux. The project provide three variants of the partial build: a non-graphical base system, a base system with X-server. base-system with X-server and Gnome. The choice of partial build you use will depend on the intended purpose of your respin.

Having carved a niche for itself, the project should now dedicate resources towards building and improving its documentation. For now. AryaLinux has established itself as a usable desktop distribution, geared towards mature Linux users, especially ones who are interested in building their custom spins.

Despite its odd installation and software management skills. AryaLinux is ideal for users looking to cook their own variants.

Despite its odd installation and software management skills. AryaLinux is ideal for users looking to cook their own variants.