Fedora 26 Review – The Fedora developers have mastered the art of the stable distro release, but to the point of being boring? 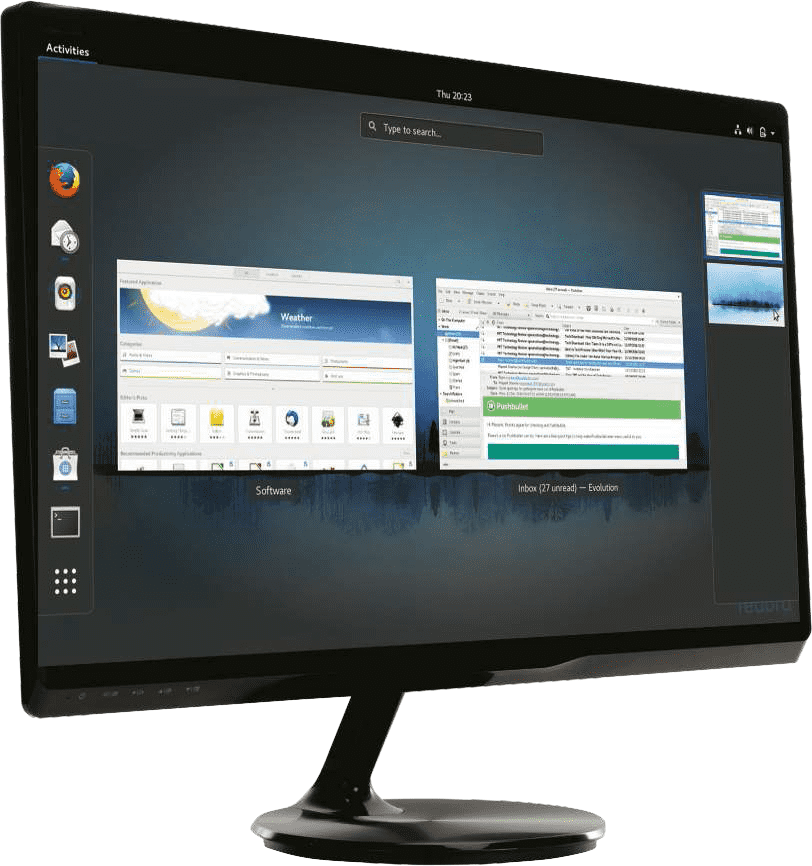 After several delays with redrawn deadlines and harried developers, Fedora gets its first release of 2017 seven months into the year. But that’s about all the excitement you’re going to get from this release. Unlike the good ol’ days, new releases, especially from top-tier projects like Fedora, don’t offer much drama – every rough edge has been polished, every flaw smoothened and refined. For a distro that’s meant to be the test bed for Red Hat’s enterprise offering, Fedora is much too conservative with its software choices. One of the highlights of the latest release is a new partitioning tool that’s been under development for a couple of years!

The new partitioner called Blivet-GUI shows up when you toggle the Advanced Custom radio box while installing the distribution. It’s designed to handle and visualise complex storage configurations. You can use it to create, edit and delete disk partitions as well as LVM2 group and volumes and optionally encrypt them with LUKS.

Under the hood, the new release ships with Linux kernel 4.11.8 and all the packages have been rebuilt 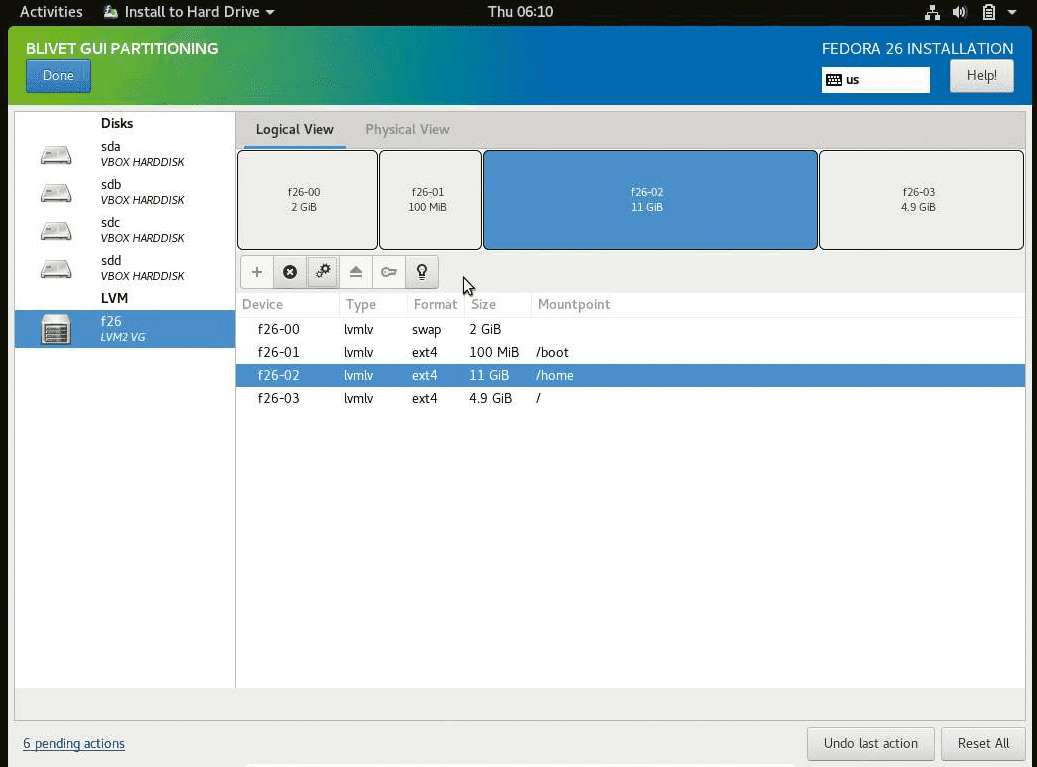 For a distro that’s meant to be the test bed for Red Hat’s enterprise offering, it’s much too conservative with GCC 7. On the desktop it uses GNOME 3.24. 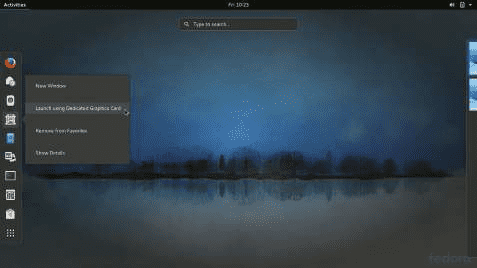 The highlight of this is the night light feature; similar to the Windows 10 bluelight filter, this eases strain on your eyes by subtly adjusting the brightness of the screen depending on the time of the day. Also of note is the brief weather information tucked at the bottom of the calendar that is revealed when you click the digital clock in the notifications area.

If you don’t want to use Firefox, you can opt for the desktop’s lighter alternative Web (née Epiphany) that now boasts of improved privacy controls. There are also a couple of new apps: Games, for managing your gaming library (currently available as a flatpak), and the Gourmet recipe manager.

If your computer has multiple graphics cards, you choose which one to use to launch an application by right-clicking on it. The feature is exposed elegantly in the right-click context menu for every installed app. Package management has also been boosted behind the scenes with the inclusion of dnf 2.5.

This release of the successor to Yum further fixes the incompatibilities between the two package management systems, though barring a few user experience improvements a majority of the changes are underneath the surface.

As with previous releases, Fedora 26 has three distinct editions for different use-cases: Workstation, Server and Atomic. While the main Fedora release uses the GNOME desktop environment, the project also produces several spins with other desktops. There’s one each for KDE, Cinnamon, MATE, LXDE and now one built around LXQt.

Close on the heels of the main release, the developers have planned to release a preview of the Modular release of the Server edition dubbed Boltron. The goal of the Fedora Modularity workgroup is to give administrators the flexibility to mix and match the software with different goals.

So for example, you can have a server with a stable database on top of a new kernel.

The Atomic host also features some commendable improvements. For starters, while you could manage containers with Kubernetes in earlier releases as well by installing it with dnf, starting with this release you can deploy Kubernetes with a single command like any other Docker container. Talking of Docker, the OverlayFS default storage option for Docker containers is now powered by the Overlay2 driver instead of devicemapper.

A stable and polished release that offers a little something for all kinds of users across its different editions.

There aren’t any, but if we have to nit pick we’ll point to the lack of any new headline features.

The new partitioning tool within the Anaconda installer is a major plus point. A recommended upgrade for existing users for sure, Fedora 26 seems to be all set to take on the challenge from the upcoming Ubuntu release that will once again default to the GNOME desktop.