WileyFox’s Swift was a fairly decent smartphone designed and marketed in the UK, although inevitably made in China. The company has continued to release new models, including the less impressive Spark X. Now the Swift is back as the Swift 2 and this enhanced version, the 2 Plus. It’s the same size, a modest five inches, but with a higher-resolution camera and twice the storage. 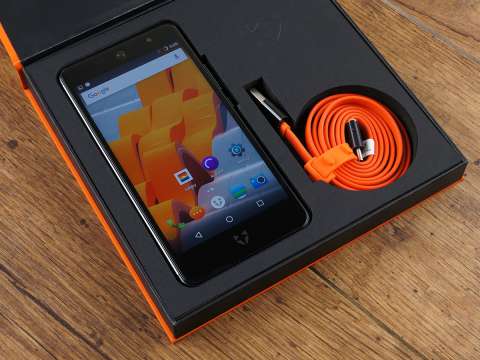 It’s still lumbered with a low-end Snapdragon processor, though. Motorola’s Moto G4 set the standard for 2016 with a much speedier processor, and if you shop around it’s £30 less, albeit with only 16GB. The Swift 2 Plus will struggle with all but the simplest games, and its battery life is nothing to write home about, lasting nine-and-a-half hours in our video-playback test (four hours short of the G4). Both Swift 2 models have the same screen, which is quite coarse but now has much better color, covering 91 per cent of the sRGB range. Unfortunately, its maximum brightness is lower.

One advantage of the original Swift has begun to look like a liability. Rather than create its own version of Android, WileyFox adopted Cyanogen OS, a ‘community-built’ edition with more detailed personalization and privacy settings. Cyanogen is now moving away from offering a complete operating system to selling Android apps, and it’s unclear how this will affect WileyFox devices, although the company told us security fixes and updates will continue for the moment.

Its metal case looks classy, but overall it's an average phone, with unimpressive battery life.

This larger, faster phone has a sharper screen, longer battery life. It may not look as striking but it works much better