This is the seventh generation of the popular My Passport Ultra product range, Western Digital has kept the line going for quite some time now, and it shows no signs of getting long in the tooth either. With a redesigned USB 3.0 bus powered interface and a flashy new look, this new generation of My Passport Ultra drives comes in a variety of capacities and colors. There are 500GB, 1TB, 2TB and 3TB models on offer in black, blue, red and white colored chassis’. 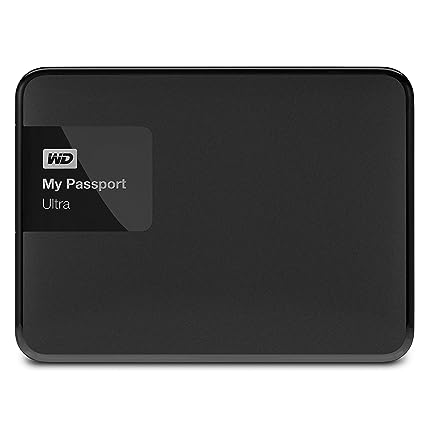 Here, we have the 2TB Blue, which is presented in a sleek and compact case with a solid Noble Blue, as we’re told, top where the WD and My Passport Ultra logo is clearly labeled..

The bottom of the drive has four small rubber feet, and to one end you’ll find the SuperSpeed USB 3.0 WD connector, along with a small white LED indicating if the drive has power. The chassis is fairly solid, but as with the other new compact WD My Passport drives, a drop from more than a couple of feet will probably result in a broken case, or worse a broken drive..

The drive is pre-formatted with NTFS, leaving 1.81TB of space free in a single partition. The partition comes with a set of WD tools for backup, security and utilities, all you need to do is double click the WD Apps Setup launcher and you can install all or each program individually..

The WD Drive Utilities allows the user run a set of basic diagnostics to check the status of the drive, along with identifying any potential performance issues. There’s also a Drive Erase function, and a Sleep Timer setup. The WD Security tool lets you set a password that will activate the hardware level 256-bit AES encryption on the drive. You can specify a password along with a password hint and you can choose to have the drive auto-unlock itself for a particular user and computer..

Finally, the WD Backup tool will let you create a number of backup plans to either the drive itself, or a cloud facility such as Dropbox. You can setup schedules, include or exclude certain files or folder and restore the content through the program interface. However, there’s no option to image a drive..

With the My Passport Ultra connected via USB 3.0 to an Intel i7-4790K with 16GB of memory, the ATTO scores on the 8192KB test came back with 110MB/s read, and 109MB/s write. The 4KB transfer test scored 27MB read and 26MB write. Although reasonable, the scores on the Ultra are slightly lower than that of the My Passport X of the same capacity..

The smaller file size transfers are slightly concerning, as a lot of system backups will include relatively small amount of data. But the drive does appear to pick up once it hits the 16KB file sizes, which are more likely to be included in an average backup..

The WD My Passport Ultra is a reasonably good backup device for most computer users. The capacity is certainly useful, and could potentially allow you to backup several computers from your home to the same device, and it’ll be more than quick enough for regular incremental backups as part of a routine to ensure the integrity of your data. The software is good enough for the job at hand; it’s easy to use and functional too..
For around £80 this is a good buy; slightly more affordable than the aforementioned My Passport X, and the performance isn’t too bad either. In short, a capable backup medium.

A suitable and compact backup device for your PC.