Because of the way the Ubuntu development cycle works, there is often a lot of interest in the first “standard” release that follows a Long Term Support (LTS) release.

In many cases, the development priorities and new features intended for the next LTS version will be introduced in the first release of the new cycle, to be followed by two more standard releases to refine them before the next LTS comes out. With Ubuntu 20.04 LTS released in April, 2020, the version that starts this new development cycle is Ubuntu 20.10, which came out on 22 October, 2020. This release is the first step towards Ubuntu 22.04, the next LTS, due out in April, 2022.

Being a standard release, Ubuntu 20.10 has only nine months of support, until July 2021.

The recommended minimum system requirements for Ubuntu 20.10 have not changed since 20.04 LTS and remain:

Performance laptop, with 4 GB of RAM and dual core/four thread 2.30GHz Intel Core i5-2410M CPUs, which is pretty close to the minimum hardware.

I downloaded Ubuntu 20.10 from the Ubuntu website via bit torrent, did the SHA256 sum check to ensure the download was good and made up a USB installer using the Ubuntu Startup Disk Creator. 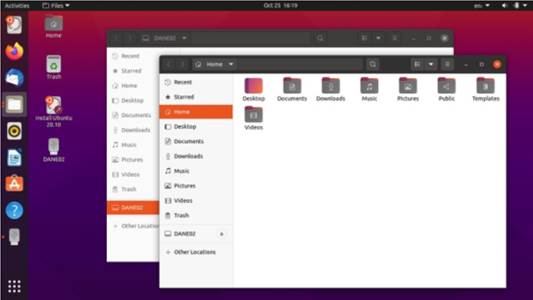 sessions, a process that starts with an automatic file system check. The check is worth letting run to make sure you have a flawless USB and that Ubuntu will run right.

Once Ubuntu 20.10 is booted up, it shows the default dark purple desktop wallpaper, with, yes, a gorilla wearing sunglasses. If this wallpaper proves a bit too predictable then there are six other new wallpapers included, including a grey gorilla, plus some nice alternative artwork. If none of those are appealing, then using your own personal favorite wallpaper is easy, too.

Other than the new gorilla wallpaper, this version of Ubuntu does not introduce many new user interface changes. It instead focuses on updating the hardware support, through a new version of the Linux kernel, version 5.8.

Ubuntu 20.10 includes the Gnome 3.38 desktop, which features an enhanced Activities Overview, some small menu tweak; and provides overall better performance over earlier Gnome versions. This version of Gnome also brings improvements to the applications grid (main applications menu), which replaces the two “all” and “frequent” application menus with a single menu that allows more customization, including manually rearranging or even stacking icons, so they don’t have to be just in alphabetical order. Frequently used applications can be placed at the top of the menu, for instance, to make them quicker to find. Application folders can also be created and managed. Overall, these changes are a welcome improvement.

Most of the core applications included with the ISO have been updated and there is also a new firewall backend, as nftables replaces iptables. Support for fingerprint login has also been improved. 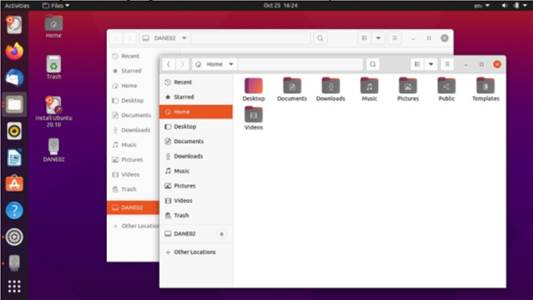 What is probably most notable here is that none of these changes are ones that the average Ubuntu desktop user will notice.

There are a couple of non­Gnome 3.38 applications, which are holdovers from earlier Gnome versions: Document Scanner (Simple Scan) 3.36.4 optical scanner, Rhythmbox 3.4.4 music player and the Shotwell 0.30.10 photo manager. 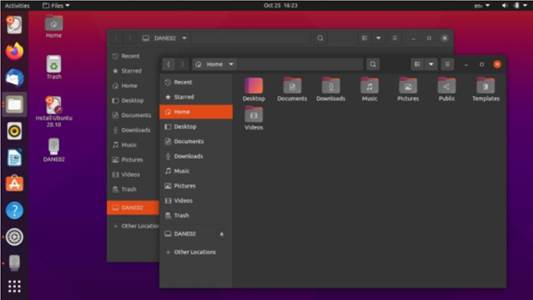 Notably not included by default are a CD/DVD burning application or a video editor. CDs and DVDs are considered pretty much obsolete in 2020. Laptops and desktop computers have not come with optical drives for many years, but if you still have one and some CDs or DVDs to burn, then Gnome’s Brasero can always be installed. Alternatives include KDE’s K3B, or even Xfburn from Xfce, which are all in the repositories. Likewise if you do create videos, there are a number of good video editors that can quickly be installed.

Text Editor (Gedit) 3.38.0 is the text editor included in Ubuntu 20.10 and it is useful for coding, as well as creating text documents. It offers seven syntax highlighting color schemes, including three that are the currently-obligatory dark schemes. As with past versions, Gedit has out-of-the-box spell­checking (Shift+F7), which is a very useful feature in a text editor.

Files (Nautilus) 3.38.1 is probably the weakest point in Ubuntu 20.10. Ever since it went through an interface simplification with version 3.6 in 2012, Nautilus has really lacked basic functionality as a file manager, like an “up one level” button. Many Linux distributions were unhappy with Nautilus after that simplification and have replaced it with better file managers, like Linux Mint’s Nemo fork of Nautilus. Nemo restores all the needed features that Nautilus removed and is a good choice to install in place of Nautilus. Again, it is in the Ubuntu repositories and integrates well with the Gnome desktop.

The system settings are controlled from the Settings menu, 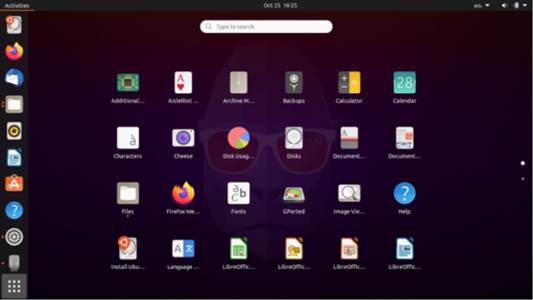 which may be the best control system in any Linux distribution today. It puts all the user settings in one place, in logical order and enables you to quickly customize Ubuntu to meet your needs. If Nautilus is an Ubuntu low point, then the Settings menu is a high point.

Ubuntu’s implementation of the Gnome desktop is highly modified from the stock Gnome Shell, to make it look and work a lot like the old Unity interface. This includes the application launcher bar, which is normally always visible, but which can be set to hide when an application window touches it. By default the launcher is on the left side of the screen, but can be moved to the right side or the bottom to make it look more “Mac- like”. It cannot be set to the top, however, as it would interfere with menus there. The launcher icon size can easily be changed too, to make it a better fit for screen size, as well as touch screen or mouse use.

Ubuntu 20.10 offers the same window themes as 20.04 LTS did, three choices: light, standard and dark. Even though dark themes are currently very popular, both the dark and standard themes have poor active/inactive window differentiation. The light theme is more effective, rendering active window tops a medium grey and inactive ones a much lighter grey.

In use, Ubuntu 20.10 is fast and smooth, operating without any hesitation, even with the minimum 4 GiB of RAM recommended. Ubuntu 20.10 shows that it hasn’t lost any of the speed that was introduced in Ubuntu 19.10. That release, a year ago, brought a significant improvement in speed that makes Ubuntu feel much lighter and faster. Those improvements are still with us in 20.10.

While Ubuntu 20.10 is a really solid release, it has surprisingly few new features for a release that initiates a new Ubuntu development cycle. In many ways this is probably a good sign, though. After 33 releases over 16 years, Ubuntu a very mature Linux distribution and it gets almost everything right. There is not really a lot that needs changing, beyond updating the hardware support for the next generation of computers and also updating the default applications, both of which this release does.

These days most Ubuntu users run the current LTS release and only upgrade when a new LTS version comes out. This standard release offers very little to entice most Ubuntu users to switch, especially since it has only nine 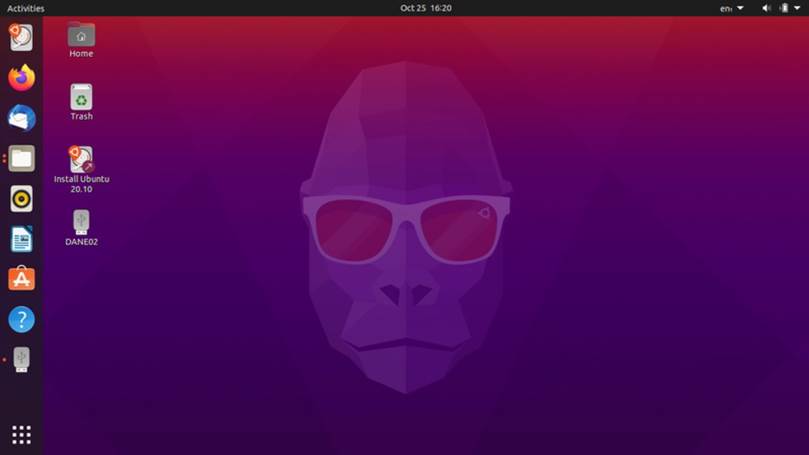 months of support. Most Ubuntu users will probably treat it as an early developmental release for the next LTS and stick with 20.04 LTS until the next LTS comes out in April 2022.