Trendnet has stepped up its networking technology product line in recent years to the point where it’s one of the most popular companies for anything related to routing, switching and so on.

It’s goes without saying, then, that what the company has to offer in terms of wireless travel accessories is going to be worth a look.

The Trendnet AC750 wireless travel router came out last year and aims to provide a good internet connection for those who want secure access to the outside world on the go. 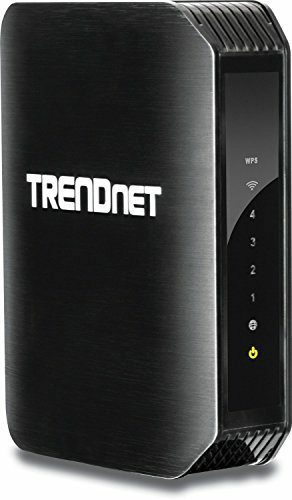 The Trendnet AC750 is a good all-round router

Of the two modes available, the WISP mode is more likely to be the one used by those on the road.

WISP allows the user to connect the Trendnet WTR to an existing WISP compatible connection – such as you’d find in a hotel room – and create a password-protected wireless hotspot.

The connection to the WTR can then be accessed by multiple users, who have the WPA2 password.

The router mode does much the same, but instead of using the current wireless connection, you can plug in a current wired Ethernet connection and turn it into a shared wireless network.

So in router mode, the Ethernet port acts a WAN port, whereas in WISP mode it’s used to connect a wired device to the network.

There’s plenty to like about the Trendnet WTR. There’s a one-touch WPS button; you can set up a guest network; there’s VPN passthrough support for IPsec, PPTP and L2TP VPN; IPv6 is supported; and it’s easy to set up and get going.

It’s ideal for a quick conference between users when using someone else’s network.

As far as design goes, it’s a pretty chunky device that plugs directly into a wall socket. It works, but Trendnet has decided on an odd positioning of the plug and the switch to change modes.

The plug part is situated at the top of the router, with 45mm of the body hanging below.

The Ethernet port and the switch to change modes is located on the bottom of the body, which leaves you fumbling for the switch under the router once it’s plugged in.

But it lacks the faster gigabit Ethernet speeds

On most wall sockets, this won’t be a problem, because they’re often placed quite high up on the wall.

But we’ve often come across wall sockets that are mere centimeters off the floor on a number of occasions, which would make the Trendnet WTR somewhat difficult to manage.

Another problem we have is the lack of a USB port, for sharing, streaming or charging other devices.

Despite that minor gripe, the Trendnet AC750 wireless travel router is a great little device with plenty to offer, and it’s very easy to use.