Netgear Trek Review – Netgear has a wide range of networking products available and has done for as many years as most of us will care to remember. As with the other big networking names in the group, Trendnet, D-Link and so on, Netgear manages to include a little something extra with its travel router.

The Netgear Trek travel router offers a fair amount of connectivity and technology. There’s 802.11n 300Mbps wi-fi on the 2.4GHz channel, a pair of 10/100Mbps Ethernet ports, a single fullsized USB 2.0 port and a second micro-USB port. As with the other products we’ve looked at, there’s a physical switch to swap between accessing the internet via a wired or wireless signal, and it can function either plugged into a wall socket or powered via a laptop. 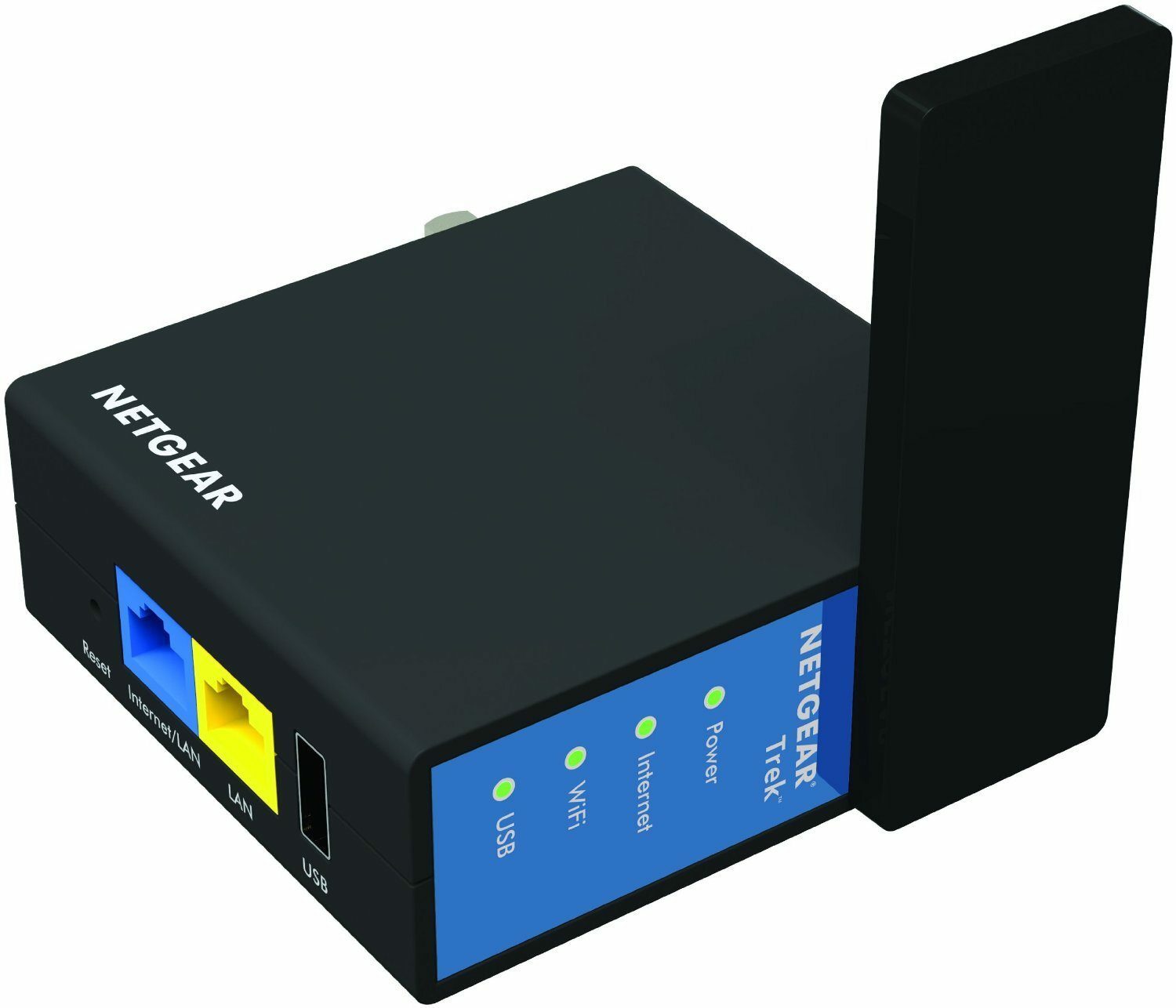 It’s a curious-looking device though, measuring 86 x 86 x 32mm, with a rotating antenna that covers the power and signal LED indicators. When plugged in, the Trek sticks out from the wall by a good 100mm, as the plug is located to the end of the device as opposed to the sides. Furthermore, the Ethernet ports and the fullsized USB port are all located at the bottom of the device, so you’ll need to make sure there’s enough clearance between the floor and the wall socket.

The two Ethernet ports are a great addition to the Trek. While in wireless mode, using a current wi-fi network as the internet source, both act as LAN ports for connecting to wired device. However, in the wired mode, when the internet source is via an Ethernet cable, one of the ports operates as the WAN input while the other remains a LAN port.

The USB port to the end of the Ethernet connections will allow you to connect a phone or tablet for charging, as well as being able to connect to a USB hard drive for file sharing, media streaming and so on.

Setting the Trek up is easy enough through the Netgear Genie. From there, you can configure the wireless settings, check the status of the internet connection, create internet profiles and manage any connected devices. There’s also access to the Netgear ReadySHARE feature, which allows you to configure sharing, streaming and access anything that’s connected to the USB port.

Although the design of the Netgear Trek is a little odd, and it has the same problem with plug clearance as the Trendnet model, it does manage to combine most of the elements we like into one neat package: the dual Ethernet, USB sharing, charging and the fact it can be used without having to plug it into the wall (which eliminates the gripe we have with the clearance). It’s a pity the wi-fi is limited to a single band, but it should be enough for most users’ needs.

The best part, though, is the price. The Netgear Trek travel router is head and shoulders above the competition.