This distro is based on the current branch of Slackware and Saiix, which itself is a Slackware derivative. The choice of the Openbox DE makes the distro ideal for low-spec machines and the latest edition features a new graphical installer

The previous release didn’t do much to impress Shashank Sharma, so he’s on high alert with this release to see if anything’s changed… 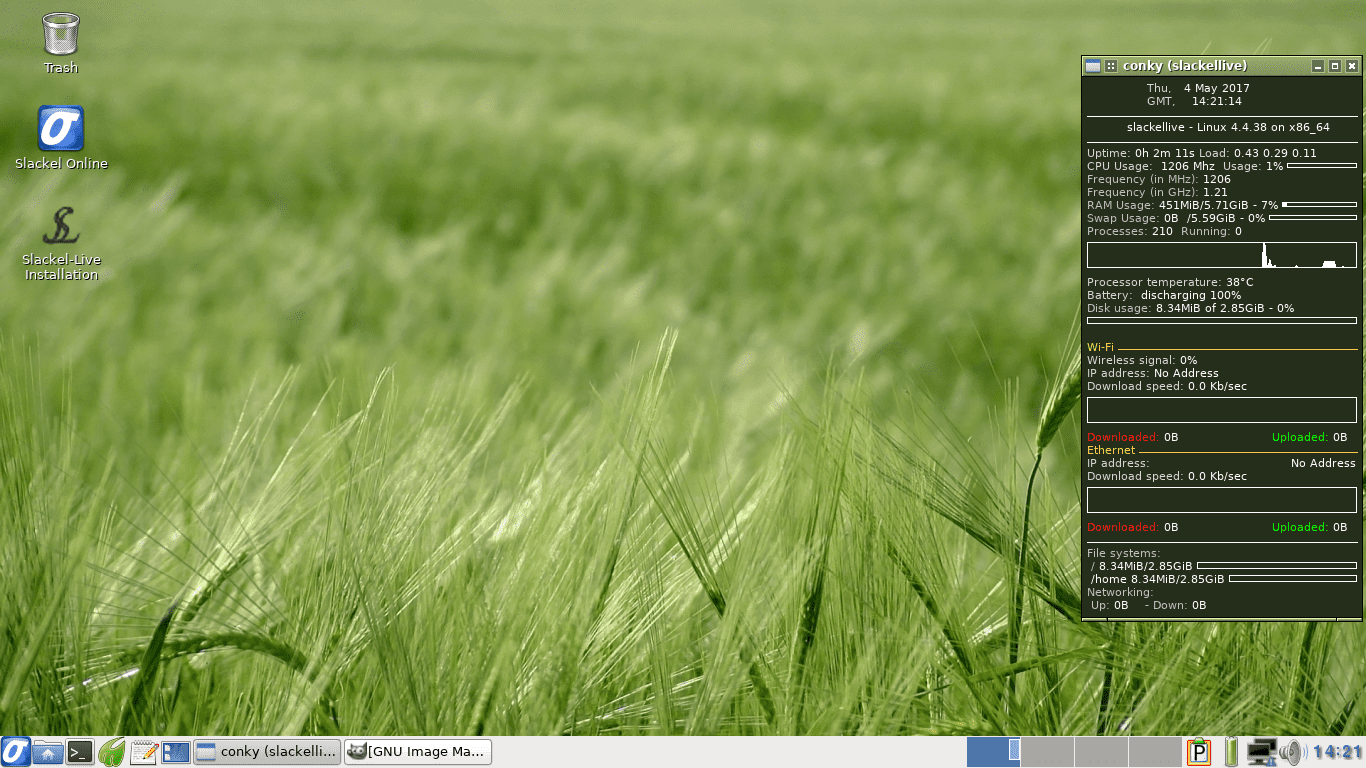 Trying a new release of a distro that you’d previously reviewed unfavorably is a curious feeling. The fears of being disappointed once again mix with the need to find some positive improvement since the last iteration. Thankfully. Slackel 7.0 has learned plenty from its past sins. The latest release, based on Saiix and the current branch of Slackware. is a vast improvement from the 6.0 release.

To begin, the distro now ships with a graphical installer. It’s minimalist, in that all you have is a window into which you enter pertinent details: username, password, root password. The Partitions button on the top left launches Gparted to help you carve space for the distro. You also get to choose from three installation modes using radio buttons at the bottom: Basic for a minimalist GUI system with only a few apps: Core for a console-based system with control over what packages are installed: and Full to install everything on offer.

Depending on your chosen mode, the installation takes from three to five minutes. That minimal installer also offers the choice of GRUB and Lilo bootloader, but doesn’t ask pesky questions about keyboard layouts and timezones. defaulting to GMT

With the choice of Openbox instead of a full-fledged desktop environment, the previous release also favored lightweight apps. putting the Midori browser in place of more popular alternatives such as Chrome or Opera.

The latest 7.0 release, however, ships with Firefox in addition to Midori, the complete LibreOffice suite. Thunderbird. Gimp and many other everyday internet and media apps.

While Slackel is now more feature-rich, it also suffers from some performance issues, mostly stemming from its mixed heritage. Slackware is one of the most stable and robust Linux distros, so it’s only natural to expect the same from derivatives. Saiix. on the other hand, strives to add ease of use on top of the stability of Slackware.

Slackel ships with bleeding-edge software from Slackware’s current branch, and some choice tools from Saiix OS. such as the codec-installer and the Gslapt package manager.

Unlike the previous release. Gslapt’s behavior is erratic and it unexpectedly crashed a few times during our tests. Another graphical tool borrowed from Saiix OS. Sourcery refuses to launch due to missing modules. Also. Grub lists the distro as Slackel 14.2 and not 7.0.

Unlike most other Linux distros. most of which have dedicated staff working on the look and feel and artwork, this single developer distro instead ships with the same wallpaper as the last release. While this isn’t a criticism, it’s suggestive of the fact that the distro was maybe released without regard to possible chinks in its armor.

The distro has perhaps spread itself too thin, hoping to replicate the ease of use of Saiix OS. Although it’s made vast strides towards being a welcome choice for new users, there seems little need for Slackel in the current Linux ecosystem, which is leaning towards easy-to-use rolling release distros.

However, if you’re a new user or even a skilled hand at Linux and wish for a lightweight and fast distro that can work with a range of Wi-fi and Bluetooth devices, with several useful everyday apps. then Slackel is just for you.

A project with a bead on what its users want, which expends effort towards remedying itself accordingly.