As the smart device market becomes more competitive, out comes the renewed and refreshed Samsung Galaxy J1 2016 with a slightly larger display screen alongside a host of new features and add-ons.

To my surprise, the Galaxy J1 2016 actually came with a Super AMOLED display screen, which is odd seeing as it’s priced as an entry-level smartphone. Nonetheless, it is a huge step upwards compared to its previous edition, which only carried a regular TFT display screen. 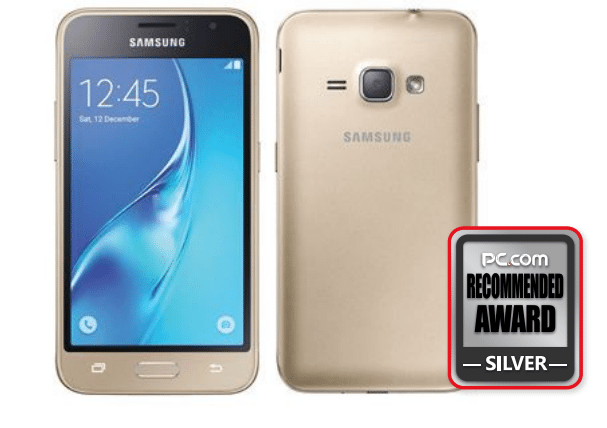 Standing at 4.5-inches, the Galaxy J1 2016 is still relatively small compared to other smartphones like the Huawei Honor 5A and the Xiaomi Redmi 3S. The pixel resolution on the Galaxy J1 2016 however, still remains the same as the previous edition at a low 480 x 800 resolution, which made my overall experience with it
only satisfactory at best.

In terms of what makes the Galaxy J1 2016 tick, it runs on the exact same hardware as its forerunner. Both devices are running on a Spreadtrum chipset paired with a quad-core Cortex A7 CPU and a Mali-400 GPU.

However, the key difference between the two devices is the upgraded Android OS on the Galaxy J1 2016, which runs on the Android 5.1 Lollipop while the latter still comes with the Android 4.4 Kit Kat.

When it comes to the usability of the Galaxy J1 2016, I did encounter a few issues here and there, although most could be because of the old Android OS rather than the smartphone’s hardware itself.

With 1GB of RAM and 8GB worth of storage capacity to work with, the Galaxy J1 2016 is by no means great in this department. Although significantly better compared to the previous edition, the Galaxy J1 doesn’t allow users to multitask with great ease as the more apps you leave open, the slower the device gets over time.

Even storage space is an issue with only 8GB but Samsung makes up for it by allowing you to have a microSD card with 256GB, thus making it a lot easier for you to store all your files and data. For smartphone users who are not particular about the specifications and would just like a device to browse their social media channels and the Internet, the Galaxy J1 2016 does the job just fine.

What I think saves the Galaxy J1 2016 from total obliteration from potential users is its battery-saving mode. Although it does cut down the device to its most basic mode to conserve battery, the Galaxy J1 2016 does last a significantly long time even on its normal mode.

It clocks in more than 12 hours on a single charge before the battery life dips into a single digit. With the battery-saving mode on, the Galaxy J1 2016 will be able to last well over a day; it does so by cutting off all unnecessary apps and features while maintaining the bare minimum.