A phone with a pen

Does anyone else remember PDAs, or did we dream them? Before there were smartphones, there were pocket computers from companies like Psion and Palm. And their black-and-white screens came with that essential accessory: the stylus. 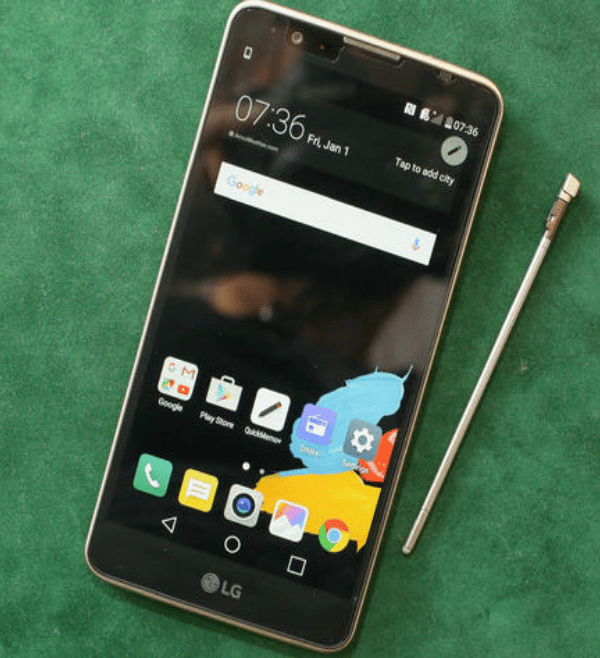 It seems odd to feel nostalgic for something we were only too happy to give up. Glorified cocktail sticks are frustratingly easy to mislay, after all, but we can generally find our fingers.

So it’s not immediately obvious why a smartphone company would want to revive the stylus. Except that it’s already happened, with Samsung’s Galaxy Note series, and although the Note 5 never made it to the UK, a Note 6 is eagerly anticipated.

So LG’s Stylus 2, available to buy here now, isn’t going out on such a limb. With a slim, light case that looks a lot classier than most plastic phones, and a big 5.7in screen, it’s an interesting mid-priced device regardless of the stylus.

LG’s version of Android 6.0 Marshmallow comes with a bright green background by default. Funnily enough, that’s the only colour the display is good at: blues and reds are dull, adding up to only 72 per cent of the sRGB range. It’s not as sharp as other leading phones, either, but it’s saved from looking too dingy by high brightness and contrast.

As for that stylus, it’s stored neatly in a hole at the top, automatically activating LG’s Pen Pop software when removed. You can then scribble notes and diagrams or annotate documents you’ve scanned with the Pop Scanner camera app. Unlike, say, Apple’s Pencil or Microsoft’s Surface Pen, however, it doesn’t work with apps made by other companies.

But LG has another trick up its sleeve from the 1990s: built-in radio. A DAB+ receiver means you can listen to digital stations for free, without using up your mobile data allowance. Just plug in a pair of headphones: it uses the cable as an aerial.

We were happy with the results from the 13-megapixel camera, too, both indoors and out. What the Stylus 2 doesn’t have, though, is a powerful processor chip, and web browsing felt quite slow and jerky. The removable battery lasted us 11-and-a-half hours of video playback, and the 16GB of storage can be expanded with a microSD card.

If you can put up with less-than-speedy web browsing, this is a good phone with features you won’t find elsewhere.