After waiting months for iOS apps to launch on Android, Jane Hoskyn loses patience and (almost) works out how to 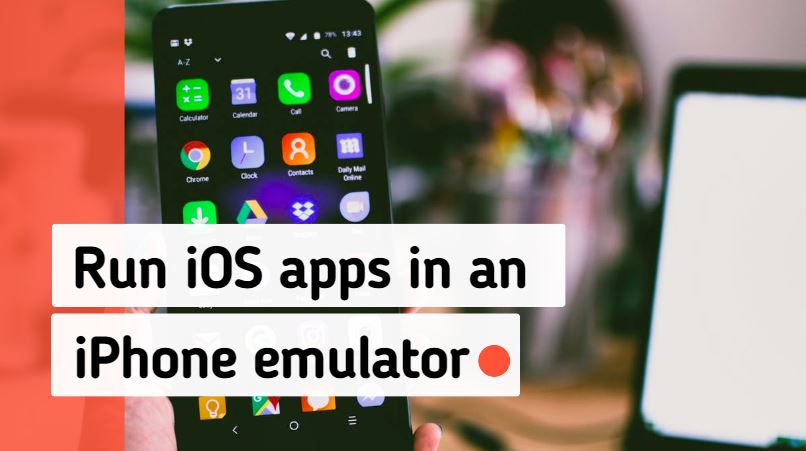 Developers often release an app for iOS months before launching it for Android. It’s not because they want to be cruel – they’re hamstrung by Android’s more complex open-source code and sheer variety of devices. Fair enough, but it leaves us Android users feeling like kids locked outside the sweet shop while our iPhone-using friends get first dibs. I’m dying to use privacy newbie Jumbo (www.snipca.com/31624) and QI’s GetFact (www.snipca.com/31625), but they’re both still iOS-only.

The usual way around such frustrations is to use an emulator. There are thousands of emulators that let you use virtual versions of tech, from Windows 3.0 Emulator (www.snipca.com/31627) to RetroVirtual Machine (www.retrovirtualmachine.org), which will bring happy tears to the eyes of Spectrum and Amstrad aficionados. Android emulators abound, too: I particularly like ApkOnline (www.apkonline.net), because it lets you run Android apps in your browser without the need to download anything.

So all I need to run iOS

Hooray – virtual iPhone app icons! Shame you can’t do much with them, though 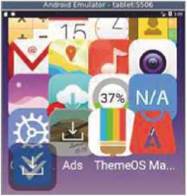 Putting down her phone, Jane installed iOS Emulator on her PC instead

apps in my i-deviceless life is an iPhone/ iPad emulator. Trouble is, Apple is so protective of its operating system that it’s very hard, some say impossible, to virtualise. There are tools like Xcode, which iOS developers use to test apps on their Mac computers, but to use these you need a working Mac and epic skill and patience. I have none of those things.

A Google search for ‘iOS emulator’ directed me to iPadian (“Do you want to feel how it is to use an Apple device?”, https://ipadian.net). Its installer was so crammed with junk that I rapidly directed myself away again.

Then I found Appetize.io (https://appetize.io), not a fizzy drink made from Granny Smiths but an online mobile emulator popular with developers. It’s free for 100 minutes per month, more than enough for my pathetic attention span, but I didn’t get further than the one-minute demo (www.snipca.com/31618). Appetize.io doesn’t come with ready-to-run apps, you see; you have to upload a “simulator build” of an app. Turns out these are much harder to find than Android APKs (app files).

Rather than a futile search for iOS app files, I went looking for an app that’d let me run a virtual OS on my Android phone, like VirtualBox for mobile. The closest I found is an APK of iOS Emulator (www.snipca.com/31629). It’s free and open source, but you can’t get it via Google Play Store – and that made me too nervous to install it on my new Samsung phone. The only way to ensure no mobile phones were harmed in the making of this column was to install iOS Emulator in a PC-based Android emulator, namely ApkOnline.

It was surprisingly easy. I downloaded iOS Emulator’s 6MB APK hie, then uploaded it to ApkOnline in my browser (see screenshot above), and then ran it. Suddenly the virtual Android screen was festooned with Apple iOS icons, albeit oversized and overlapping (see screenshot below left). If I clicked one it launched an app, just as if I’d tapped it on an iPad screen. Unfortunately, “an app” turns out not to be a virtual iOS app, but instead virtual Android tools. And the icons for iOS tools I’d wanted to use – iTunes and FaceTime – were nowhere to be seen.

So it seems that unless you are a Mac-using developer fluent in code, the only way to emulate having an i-device is to borrow one from your friend. I used to have an iPhone and I’m not tempted to fork out for another one. It’d be nice to get some apps earlier, but on balance I’d rather get my apps free rather than first.

Need help setting up and using an emulator on your PC, phone or tablet?