This week, we salute the king of browsers

Back when the internet was still a little new and didn’t have the polished gleam of HTML5 and other sorts of impressive modern content, we lightly moved from one home grown web page to the next using Netscape. Well, most of us did, anyway.

Netscape was lightweight, and it didn’t rely on the constant drip-fed advertising that Internet Explorer was pushing on early users of the web. It was a simple browser for a simple internet, and it evolved into something more complex as the online world grew around it. 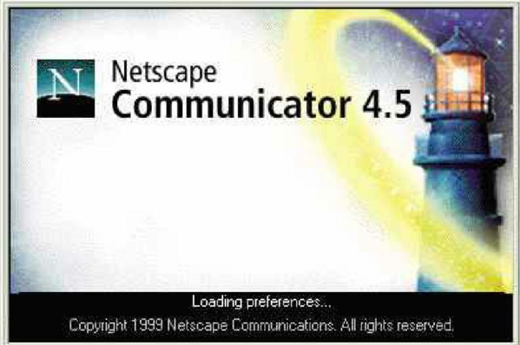 This was once a familiar sight across the world

It was a great browser, and it’s one that we can fondly recall when we embarrassingly remember the first web page we ever made, complete with far too many animated GIFs and an awful layout. But hey, we were young.

Version 1.0 of Netscape was released in 1994 and was then known by the name Mosaic. Later, the Netscape brand was added, and soon after, due to a legal battle, the Mosaic name was dropped, and the company behind the browser became Netscape Communications Corporation.

In the initial browser wars, Netscape was by far the winner, owning an impressive 90% of the internet share, with the only real competition coming from Internet Explorer. By the time version 3.0 of Netscape was released, the browser was enjoying its success, but with the release of Windows 98, Netscape’s lead began to dwindle, thanks in part to Microsoft bundling IE with the operating system.

From 1996, Netscape became Netscape Communicator and was still holding its own against IE 4.0, but in 1998, Netscape Communications Corporation was bought out by AOL. Later that year, the Mozilla Organisation was formed to work on future versions of the browser, and although Netscape 6 was developed, it took another couple of years before it was released – unfortunately with some severe bugs. 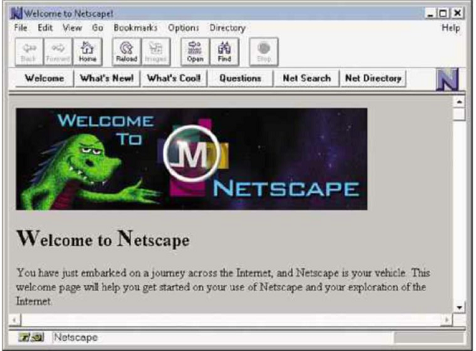 Netscape 1.0, back when the internet was a simpler place

Eventually, in 2007, Netscape Navigator 9 was released, but the damage was already done, and as a result a few months later, in February 2008, AOL pulled the plug, and the browser we once loved finally bowed out of the internet.

Fast, simple to use, surprisingly cutting edge for the time.

Later versions were buggy, and the web moved on faster than development could handle.

Netscape, which eventually evolved in some part to Firefox, was a great browser and the main point of interaction we had with the emerging internet of the early 90s. And for that alone, we salute it.