Home » Uncategorized » POKEMON THE MOVIE: I CHOOSE YOU! Review

POKEMON THE MOVIE: I CHOOSE YOU! Review

PLOT Everyone remembers Ash seeing the legendary Ho-Oh on the very first day of his journey in the original show, and here Ho-Oh bestows him with a Rainbow Wing to mark him as a worthy trainer with a good heart. Ash journeys to Mount Tensei so that he can finally challenge Ho-Oh to a battle. 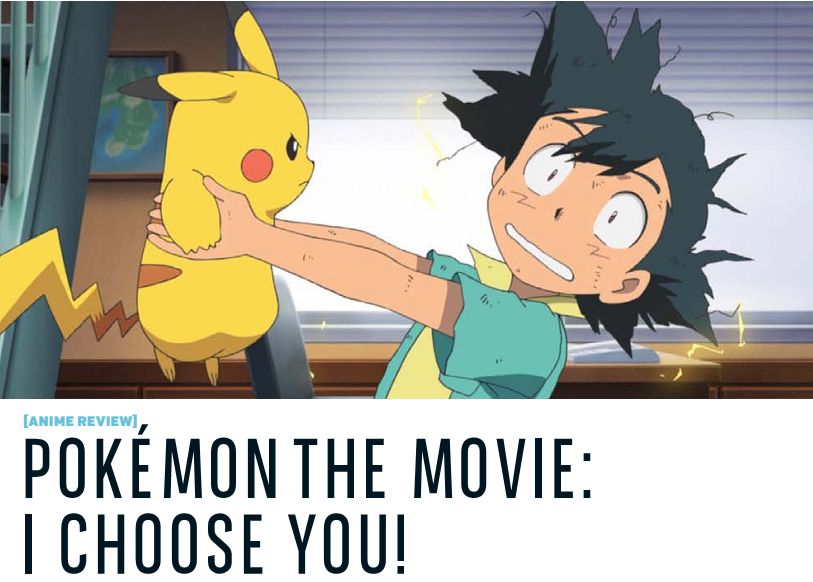 There’s a brief moment where Pikachu is able to speak English, which marks a first for the iconic Pokemon. It was very… divisive…

Pokemon the Movie: I Choose You! caters to both fans new and old. by rebooting the story with a loose retelling of the original Kanto League saga, giving it the perfect opportunity to revisit many of Ash’s most memorable moments. As in the original. Ash is late to visit Professor Oak. and can only begin his journey with Pikachu as a result. As you may remember, they get off to a rocky start and are soon attacked by a flock of Spearow. and it’s this encounter than solidifies their friendship. Fans are also treated to seeing Ash meeting the likes of Charmander, Butterfree, and more once again.

There’s a twist now. though, due to Brock and Misty being replaced by newcomers Sorrel and Verity – and Ash’s rival is a youth named Cross rather than Gary. It isn’t all new. but these small changes manage to take us through the series’ pivotal moments whilst still feeling fresh.

Nostalgia is a tricky thing. Too much can make a movie feel devoid of creativity, but I Choose You! avoids this by giving the second half of the movie entirely new content. It’s understandable that some fans are disappointed that Brock and Misty aren’t present, especially as they’re a large part of what made the original TV series so beloved, but Sorrel and Verity do a great job in filling the void they’ve left. They each have their own reasons for being Pokemon trainers, and Cross makes for an enticing rival – he’s easy to dislike, but it’s great seeing him evolve with each meeting with Ash. Sadly, Team Rocket are reduced to cameo roles where they, of course, blast off again – but we don’t get to see them interact with Ash and friends, and thusly that extra dimension is lost for fans who would have loved to see more of the group. 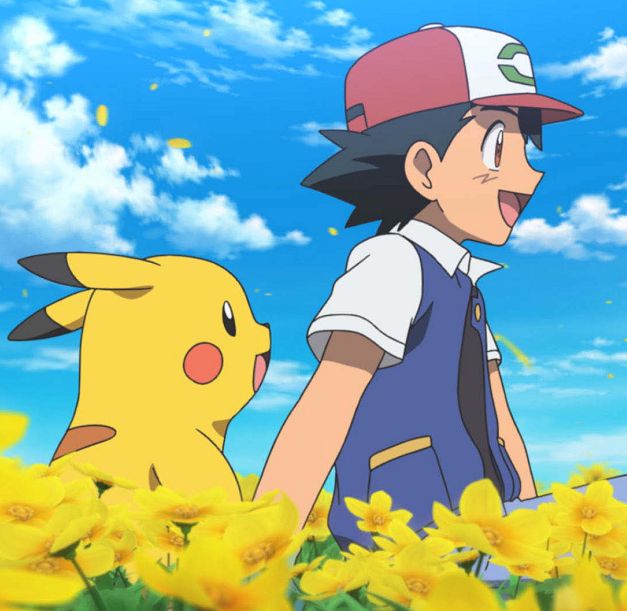 An interesting aspect further explored here is Pokemon abuse, with the villainous Cross adamant that only the strong are worthy. He treats his Pokemon badly, and this plotline may remind fans of Charmander’s cruel treatment by Damian in episode 11 of The Indigo League. Cross may be a Pokemon trainer, but not all Pokemon trainers do what they do because of their love for the fantastical creatures.

To contrast. Ash may want to be the very best, but not at the cost of his Pokemon’s love and safety. But he’s not just a two dimensional hero, and has his ups and downs as well. His upset over losing battles shows his passion for the sport, and it’s great to see him evolve as a trainer here while he struggles with his relationship with Pikachu – even if we do already know there’s a happy ending just around the corner. 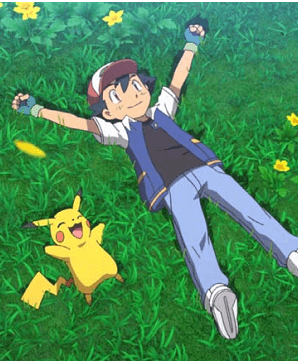 OLM studios, who’ve been working on Pokemon since it began airing in 1997, return to animate I Choose You! and they do an excellent job. The Pokemon anime have always had impressive animation, but I Choose You! sees OLM push themselves further with grand battles and plenty of emotional scenes. Transitions between many different events of Ash’s journey aren’t jarring, although they are a little brief and won’t carry the same weight for newcomers as it would with those who are familiar with the series. The “IF FUTURE MOVIES ARE ANYWHERE NEARLY AS GOOD AS THIS, THEN THERE’S A LOT TO BE EXCITED ABOUT” movie packs in a lot, and the animation doesn’t falter, not even when several Pokemon are battling it out at once. The sharply angled facial features from the original series are re-introduced here too, rather than the more soft and rounded style from the currently airing Sun & Moon.

Fans who have been waiting to see Ho-Oh in a feature length film won’t be disappointed, as the legendary Pokemon looks as fabulous as you’d expect. There’s a strong rainbow motif, and this allows for a variety of colors and effects to be used in bright and blinding fashion. Kanto feels like a fully realized world with bountiful detail in environments, and there’s more focus on the world of Pokemon and how they interact with humans. There’s even a scene that briefly explores Ash’s life without Pokemon. which actually comes across as depressing, albeit far more realistic than the fantastical battles. This won’t be the only scene that’ll tug at your heartstrings, though, so be warned! 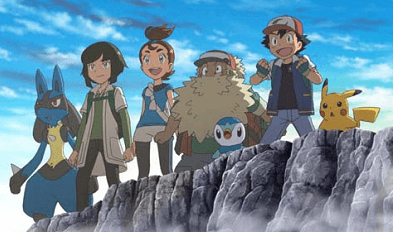 I Choose You! is available in both English and Japanese, and your experience will differ depending on which you select. Veronica Taylor hasn’t reprised her role as Ash Ketchum for the series’ 20th anniversary, but the voice talent involved do an incredible job.

You don’t need to be a big Pokemon fan to enjoy I Choose You!, but it’s clearly made with the older audience in mind. It’s heavy on nostalgia but the change in cast sets up a new world of movies. Everyone can follow the start of both Ash’s journey as well as Sorrel’s, Verity’s and Cross’, and it’s anybody’s guess as to what the next movie will bring – which legendary Pokemon deserves its time in the limelight next? If future movies are anywhere nearly as good as this, then there’s a lot to be excited about.

There’s a bunch of cool stuff here for fans both returning and new, and it’s one of the best Pokemon movies since the original three. This marks the beginning of a new series of movies, and it’s had an incredibly strong start. •

Despite taking place in the early days of Ash’s journey. Pokemon from other generations, such as Incineroar from Sun & Moon, appear.

9 Total Score
POKEMON THE MOVIE: I CHOOSE YOU! Review
Add your review
TNR earns Amazon affiliate commissions from qualifying purchases. You can support the site directly via Paypal donations ☕. Thank you!
SaveSavedRemoved 0