A big screen with style

Twisted nematic and in-plane switching are types of what? You’d probably only encounter this question on Mastermind if your specialist subject was ‘geeky jargon’. For what it’s worth, they’re types of LCD panels.
It was twisted nematic (TN) displays that, in the 1980s, first made flatscreens viable. A backlight shines towards two polarising glass plates, one at right-angles to the other. Because a polariser cuts out all light waves except those aligned with it, this eliminates half the light and then the other half, leaving darkness. 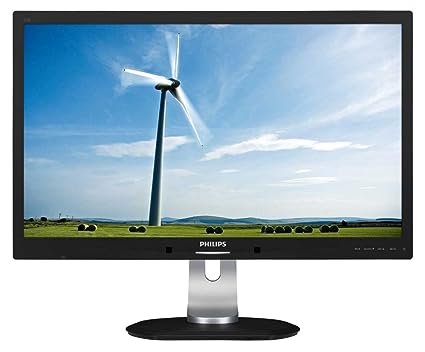 But within each pixel, LCD crystals lie between the plates in a twisted pattern. These rotate the light that’s passed though the first polariser so it can pass through the second. Only when a voltage is applied to break the pattern does the pixel go dark. This system is repeated across trios of red-, green- and bluetinted pixels to make a color image.
TN screens couldn’t show a full range of colors, though, and looked wrong when viewed off-center. In the 1990s, in-plane switching (IPS) displays rearranged the crystal molecules to scatter less of the light, enabling wider viewing angles and more accurate colors. The downsides were lower contrast and slower switching, causing ghosting in moving images.

For a long time, IPS was considered superior. But TN was evolving too, and now many mid-range TN monitors are just as good. Here’s one. The Philips 272S4LPJCB impresses even before you turn the screen on: its matt grey finish looks professional, and the understated case exudes quality.

With 12cm of height adjustment, rotation, tilt and the ablity to pivot into portrait mode, it’s easy to get the screen exactly where you want it. A pair of 2-watt speakers caters for basic audio, and if you prefer headphones for music or films, there’s a handy 3.5mm jack on the bottom edge.

In our tests, the display covered an excellent 99.6 per cent of the sRGB colour range, with good contrast. But colours weren’t always accurate: greys looked slightly red, and reds were too vivid. It’s good enough for everyday photo editing, and from wider angles we only saw a mild shadow effect. The on-screen menus provide lots of options, including showing two inputs at once and dimming when you walk away.

The monitor’s sticking point is price. More than you need to pay for a good but unexceptional 27in screen.

This is a beautifully made monitor with lots of adjustments, but nothing stands out quite enough to justify its cost.