If you can remember as far back as the long-forgotten era of 2007, you may recall the release of Windows Live Writer, which was a small text-editing application that interfaced with a huge number of blogging platforms so you could easily create and edit posts. Flash forward a few years to 2012 and blogging had lost its appeal. Microsoft essentially abandoned the project, adding no further updates or improvements. 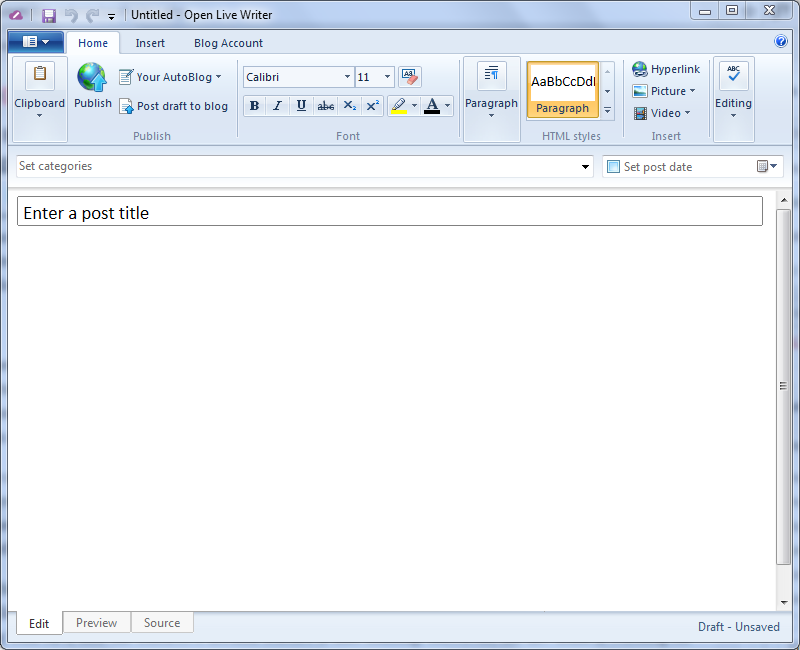 And so it remained – at least until now. That’s because a group of Microsoft coders who loved the software have taken it on themselves to polish and re-release the program as an open-source project called Open Live Writer. Initially released as version 0.5, they plan to update and improve the program over the coming months and years, so this time it remains in active development, available for anyone who wants it.

The basic feature set allows you to create blog posts, add media like photos, videos and maps to them, and then publish them to your website directly from the application. You don’t have to worry about things like the CMS losing your post, because everything is kept locally. Supported platforms include WordPress, Blogger, TypePad, Moveable Type and many other popular platforms too.

At the moment, the project isn’t feature-complete, hence the sub-1.0 version number. The most upsetting removal is probably the spellcheck, which had to go because the old version used Microsoft’s proprietary version. It’s also lost access to the Blog This API, and the OneDrive albums feature is also missing. However, the dev team is working on adding plug-in support, which should allow the open- source community to restore this functionality and more.

It’s fair to say that while the software isn’t perfect, it has retained a lot of the slickness of the Windows version, and it seems fairly clear that it’s going to improve continually over the next few months after such a high-profile launch. Whether the program actually needs to exist is less certain. If you write a lot of different blogs, we can imagine it as a useful way to centralise the writing process, but if you’re just maintaining one, it’s not that much better than most blog CMS systems. And let’s face it, most people aren’t even maintaining one blog these days.

So ultimately it’s a mixed bag. The software is mostly good – at least what’s left of it – and the promise of future updates makes it reliable enough to be worth investing in. It does do a job that most programs don’t, but it seems like a very niche one as well. And it’s not like it supports other social media platforms, like Facebook. It’s purely a blogging tool. Notionally, we’re glad it exists, but we can’t deny that we’re looking at it as something that’s probably good for other people. And if it turns out everyone thinks that, it’s not much good to anyone.