FOR A YEAR, the Motorola Moto G4 represented the pinnacle of budget smartphone design, which is why the Moto G5 was such a disappointment; it’s still a decent handset, but takes so many backwards steps that there’s no reason to choose it over last year’s model.

However, the Moto G5 Plus – the larger phablet version – couldn’t be more different.

Not only is it a far more accomplished device than its own predecessor, the Moto G4 Plus, but it easily warrants the premium over the Moto G5, with a better camera, nicer looks and drastically faster performance.

That price difference does mean the Moto G5 Plus sits in a different sector to the Moto G5 but, that sector is largely empty right now. Most rival phone manufacturers have deserted the mid- to low-price tier, previously occupied by such stalwarts as the Nexus 5X and the OnePlus 2, and have moved to higher or lower ground. 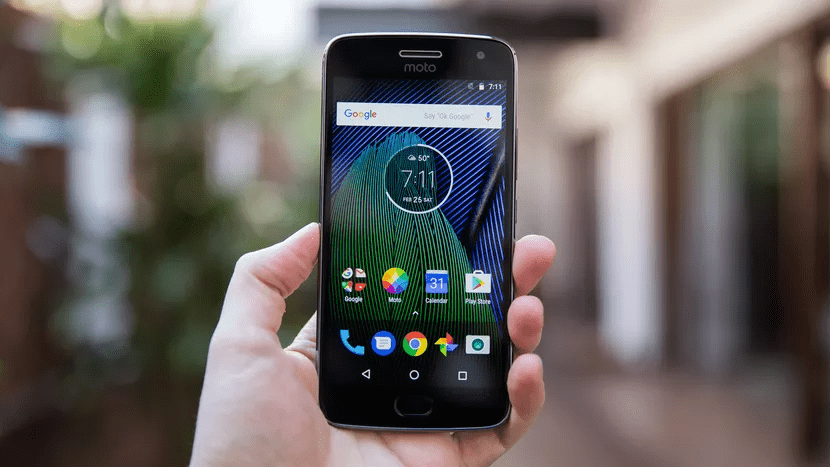 So, although still a temptingly priced phone, the G5 Plus’s competition is similar to the Moto G5’s. There’s the Honor 6X with its dual-lens camera; the Lenovo P2 with its bonkers 5,100mAh battery; the Wileyfox Swift 2X; and the Huawei P9 Lite. There isn’t much further up the ladder until you reach the latest Samsung Galaxy A5 at around.

DESIGN OF THE TIMES

When it comes to looks, Motorola has moved things on a step from the Moto G4 Plus’s plastic chassis and ugly, square fingerprint reader.

The rear of this year’s model is clad in metal, with the Moto logo etched in relief in the center, and although the frame of the phone and its top and bottom caps are still built from plastic, it looks much more attractive.

It’s a tad smaller than the G4 Plus, with a 5.2in, 1,080×1,920 IPS screen, but that’s not necessarily a bad thing.
It certainly stands up well among its chief rivals, and it’s a good deal more attractive than the slightly squat Moto G5, although the way the camera module protrudes slightly at the rear is rather unsightly.

The Moto G5 Plus doesn’t have a removable battery, like the Moto G5, but every other major feature is present and correct.

There’s expandable storage (up to 128GB – a big improvement on the 32GB of internal capacity) and splash resistance; the screen is made of Gorilla Glass 3; and you get NFC for mobile payments at contactless payment terminals (this doesn’t come with the Moto G5, which we listed in error in POWER UP Performance is good for the price, as is the Moto G series tradition. Inside is a Qualcomm Snapdragon 625 processor, 3GB of RAM and 32GB of storage. In Geekbench benchmarks, this helped it to score 3,852 in the multicore test and 801 in the single-core test – that’s slightly higher overall than the Lenovo P2 and Honor 6X, though since both are cheaper, performance-per-pound works out at about the same. Perhaps more notably, it trounces the standard Moto G5’s respective scores of 2,379 and 578, and even manages to creep up on the more expensive Galaxy A5.

This is still slightly less than the Moto G4’s 13h 39m, and sits miles behind the Lenovo P2’s record time of 28h 50m, but is a respectable showing nonetheless.

The screen is nothing to write home about. It’s the same resolution as last year’s G4 Plus and 0.3in smaller, so it’s a technically a little sharper, but our eyes couldn’t tell the difference.

It uses an IPS panel and viewing angles are great, but that’s the limit of it. Its maximum brightness of 401cd/m2 is passable, but nowhere near exceptional. The colors look a little murky, too, even with the display colors set to vibrant: they’re flat and dull, and lack the color pop that the best smartphone displays are capable of delivering.

Sure enough, when we measured the display with our X-Rite colorimeter, it reported that the screen was only able to reproduce 73.4% of the sRGB color gamut. And while the contrast ratio is fine at 1,149:1, it’s again not able to match the perfect contrast of AMOLED displays such as the one on the Lenovo P2. That also isn’t very bright, but it’s a good deal more pleasant on the eye.

Something that most budget and mid-tier smartphones have in common is that their cameras tend to be relatively poor. The Moto G4 has been the class leader in this sector since it launched a year ago, and the rear camera on the Moto G5 Plus is even better.

That’s principally because it uses the same camera module as the Galaxy S7, Samsung’s 2016 flagship device. In hardware terms this means you get a 12-megapixel sensor, a bright f/1.7 aperture and phase-detect autofocus, which is great for a phone at this price.

Capturing high-quality photographs is not all about the hardware, although that does help.

Scene analysis, auto-exposure calculation and the way a manufacturer chooses to implement chipset features go a long way to deciding whether the end result looks great or terrible.

In this respect, we were taken aback with just how good the Moto G5 Plus’s camera is. In daylight, compared directly with the yardstick for all smartphone cameras – the Google Pixel XL – the Moto G5 Plus’s photographs look highly respectable. The colors aren’t quite as vibrant, and if you squint you can see that fine details are a little smeary, but by and large the camera captures scenes with impressive sharpness.

In low light, it performed equally well. Again, the G5 Plus’s photographs can look a little dark, with darker greys and colors merging into black, but overall there’s good control over image noise and very little detail lost to over-compression and noise reduction. This is where the camera’s f/1.7 aperture comes into play, ensuring that the sensor captures as much light as possible – and more light, as we know, leads to better image quality.

The software a phone runs is extremely important, but something budget-phone buyers often overlook. Here, you get stock Android 7.0 with a few trademark Moto embellishments.

It’s not weighed down with preloaded guff, and the extras you do get are mostly sensibly thought out, especially the gesture shortcuts.

Most gestures are enabled by default (you can disable them in the Moto app if you want) and allow you, among other things, to launch the camera app with a quick double twist of the wrist, toggle the torch on and off with a double chop motion, and swipe up from the bottom of the screen to shrink it for easier one-handed use.

A new addition to the Moto app in 2017 is the ability to use the rectangular fingerprint reader on the front of the phone as a navigation key.

It’s not enabled by default, but once you flip the switch, the onscreen navigation keys disappear and are replaced by gestures you perform on the fingerprint reader: swipe left to activate the back, swipe right for recent apps, and tap the reader to go to the homescreen.

This may change as muscle memory develops, but to our hands it feels more like a gimmick than an essential feature; using the tiny sensor for the back and recent app shortcuts in particular is quite awkward.

That said, there are downsides to disabling it.

Without fingerprint reader navigation switched on, tapping the reader with your thumb doesn’t take you to the home screen – for some bizarre reason, it switches off the phone, something we’ve done by accident more than once.

Otherwise, the Moto G5 Plus is a sound handset – though still not quite the budget smartphone all-rounder we were all waiting and hoping for from Lenovo/Motorola this year. At least it’s a more fitting successor to the beloved Moto G4 than the basic G5 – this handset looks better, runs better, and comes with a superb camera.

If you’re a keen photographer, there’s nothing else that comes close to it at the price, but if you’re after something more practical, there are better handsets out there. Our current favorite is the Lenovo P2, for which you’d be sacrificing camera quality, but it’s mostly fine in good light and benefits from a nicer AMOLED screen and stupendously good battery life.

It’s not the budget masterpiece we were hoping for, but the Moto G5 Plus delivers on performance and camera quality 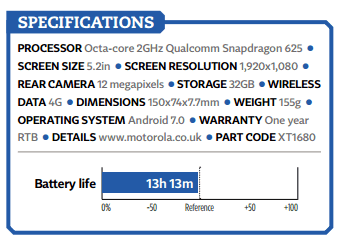 It’s not the budget masterpiece we were hoping for, but the Moto G5 Plus delivers on performance and camera quality