Home » Computing » Software » Operating systems » Linux distros » Debian 9 Is a Great OS, but Not for a Performance PC
Linux distros

Debian 9 Is a Great OS, but Not for a Performance PC 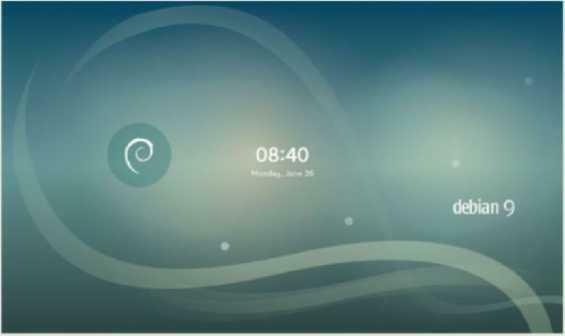 Debian 9 has a number of desktop environment options, including GNOME, KDE, Cinnamon, and MATE.

YOU WANT STABILITY if you’re flying commercial or passenger jets, but if you want fighter-like high performance, it can hold you back. It’s the same for software: Debian 9 is that passenger plane.

As I was taking a look at the new release of Debian 9 “Stretch” soon after its release, I began thinking of something beyond the OS I was testing. Sure, Debian’s structure is the technical basis for Ubuntu, but Debian represents much more. It represents stability and reliability in the Linux space. And being a vanguard of stability is great for commercial and industrial Linux, but is it great for desktop users?

In the years I’ve been using them, Linux OSes have been innovating and getting better every day. While Linux can do lots of things that Windows and Mac can’t, it’s also perpetually trying to catch up with things such as drivers and software availability. For the desktop user, that means if you want to get the most out of your GPU or shiny new CPU, you have to get the latest kernel and drivers pronto.

The thing is, those new drivers may be full of bugs. And some of those bugs make your system unstable. Few things induce more headaches than updating a graphics driver only to find on the next reboot that the X server won’t start. Or that a kernel driver won’t load. Or (in the case of self-compiled Nvidia drivers) that your driver isn’t compiled against the new kernel you just updated to.

These annoyances have driven me to yell, curse, and lose sleep as I try to figure out what’s gone wrong and how to fix it. Nevertheless, I still run Arch Linux on my personal machines to get the latest features as they appear. Every time I perform a full upgrade of the software on my system, I have to take it on faith that my PC will still work as intended.

That’s not what operating systems like Debian and Red Hat Enterprise Linux do. These OSes are geared for stability. Their repos generally don’t contain software that will break your system, and rigorous testing ensures that a system will keep running without issue. That’s important, because outside of the desktop, Linux is the dominant OS on this planet. Your smart thermostat, most internet servers, and driverless cars all use Linux. In each of these cases, stability and security are paramount. After all, if a driverless car segfaults while moving at 60mph, it can kill people. In comparison, having to recompile a video driver on a PC isn’t such a big deal.

If you’re looking to try Linux for the first time, I still recommend OSes like Fedora or Ubuntu. Why? Because they strike a good balance between stability and agility. Debian can feel a bit draconian after Ubuntu, as you may end up using older software than you would find in a comparative Ubuntu release. Ubuntu 17.04 shipped with kernel 4.10, while Debian 9— released two months later—shipped with kernel 4.9, for example.

If you’ve built a PC with performance in mind, chances are that you’re not exactly playing it safe when it comes to stability. (Overclockers, I’m looking at you.) For folks who like to push the envelope, running a more stable distribution could serve as a hindrance. In those cases, learning on Fedora or Ubuntu, and then going to something more bleeding-edge, such as Arch, Gentoo, or openSUSE Tumbleweed, will offer the latest software soonest. After all, if you’re trying to get the most out of your PC, there’s a good chance you’re willing to put in the time and effort if something goes wrong.