We live in a world where tablet computers with high-DPI displays are given away in boxes of breakfast cereal. Well, almost. Such pixel-dense panels are certainly standard on everything from tablets to low-end smartphones. But cutting-edge desktop PCs? They usually make do with big, fat pixels on their relatively low-res monitors. For a platform that prides itself on early tech adoption, that’s disappointing. 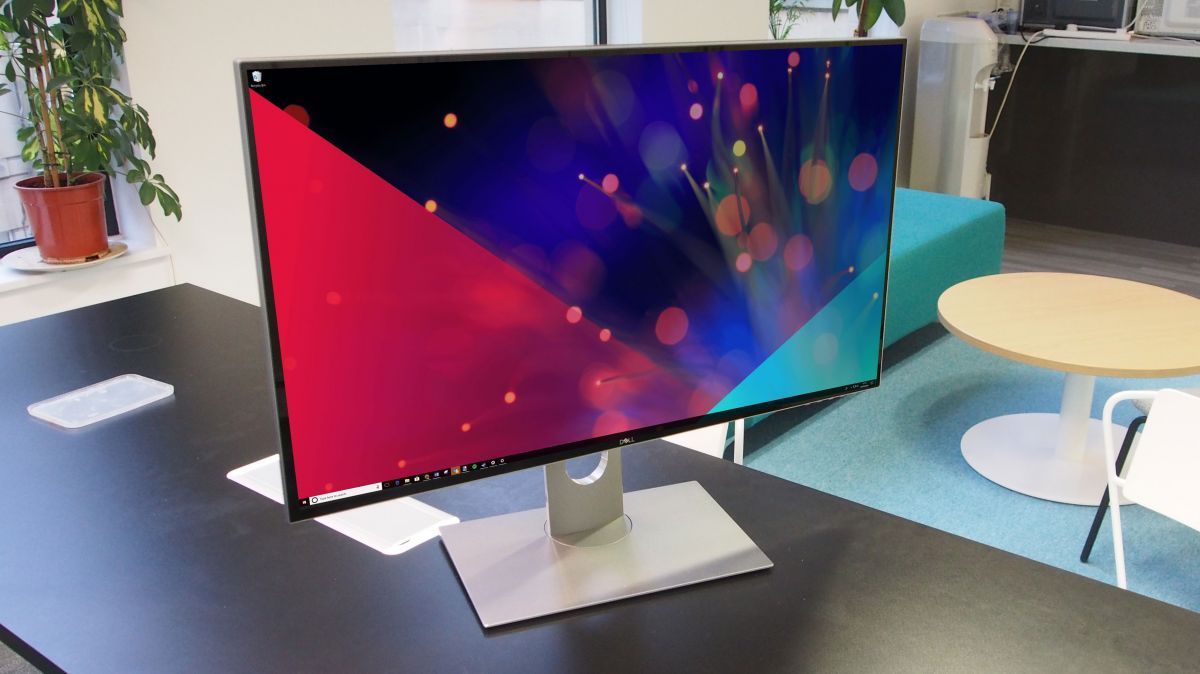 It’s true that 4K desktop monitors are now relatively affordable. But consider the pixel pitch of your typical 28-inch 4K monitor. It clocks in at just 157 pixels per inch. By comparison, the 326 ppi sported by numerous iPhones over recent years is now seen as substandard. The Samsung Galaxy S8 notches up 568 ppi, and Sony’s Xperia Z5 Premium rocks no fewer than 801.

The upshot is that most of us have become accustomed to the crisp precision of high-DPI displays. But not thanks to our PCs. Enter Dell’s new 8K monitor. With 7,680×4,320 pixels, it packs four times the resolution of a 4K screen. Factor in the 32- inch diagonal, and you’re looking at 275 ppi.

That’s isn’t quite smartphone territory, but it is well beyond any other display we’ve reviewed. The result is an intriguing mix of stellar upside and occasional niggles. Running Windows at default 100 percent scaling isn’t an option with this kind of pixel density, for instance. Everything is far too tiny. On the other hand, cranking up the scaling comes with its own problems.

Windows itself is a little patchy when it comes to setting the scaling beyond 100 percent for high-DPI displays. Dig into the interface, and you’ll find proper scaling support is replaced by the blurring of blown-up bitmaps. But that problem is even more evident on the Internet. Few websites are properly coded for high-DPI displays. That’s not always apparent on a small smartphone or tablet screen—it’s all too obvious on a large desktop display.

Those caveats aside, there’s lots to enjoy. Crispness and precision are on another level. Fonts free from almost all aliasing, for instance, are a particular pleasure. Viewing really high resolution images in all their glory is another obvious upside. That said, graphics pros should note that the UP3218K can only run in full 10-bit per channel color mode at 30Hz; 60Hz requires a drop down to 8 bits per channel.

For motion video, the step up from 8K isn’t as subjectively dramatic as that from 1080p to 4K, even if that’s a fairly academic observation, given that virtually no 8K content exists. It’s also worth noting that smooth native-resolution gaming is largely an impossibility at 8K, even with the most powerful current graphics solutions. In mitigation, interpolated 4K games do look nearly as good as native 4K on a similar sized screen. Elsewhere, the panel itself is a fabulous IPS affair, with fantastic viewing angles, super-smooth gradient rendering, plenty of detail in both white and black scales, and vivid, punchy colors. Generally, it’s very nicely calibrated out of the box at default settings, bar a slight warmth to the color temperature.

Final details to note involve some setup and running issues. You need a video card with dual DisplayPort 1.2 connections to enjoy the full 8K experience at 60Hz. Even then, the display has known problems coming out of a Windows-induced sleep. More of a long-term concern are the high temperatures at which the panel runs. It’s painfully hot across the top bezel. In truth, the UP3218K feels like an early adopter product, an initial point release, not a refined second- generation device. It’s expensive, too. But if you can afford it, and can live with the niggles, those upsides are staggering.-jeremy laird