The Dell SE2716H was launched toward the end of last year, in response to the likes of Samsung and other companies releasing a selection of business-class curved screens.

Not wanting to be outdone or to leave a gap in the company’s product line, Dell’s SE2716H is designed for the home and home office range. But does it have what it takes to beat the other monitors this week? 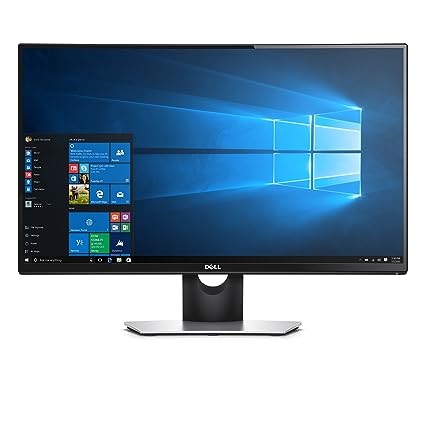 Connectivity consists of a pair of HDMI ports (one of which is MHL enabled) and a VGA port. You also get audio in, a headphone port and a pair of surprisingly decent 9W speakers.

The build quality is good throughout, and the monitor does look reasonably stylish. The small curved plate-like stand fits to a squat monitor arm, with a large cable tidy hole. The thin bezel is certainly a good touch, and as with the other thin bezels we’ve seen, it help makes the screen size feel bigger than it actually is.

In our tests, the image quality, however, wasn’t as good as the physical attributes. While the image was reasonably sharp, the colours felt very drab and lacking in depth. Although the image was quite bright, there was a washed-out quality to everything, and we noticed that the image did tend to lack sharpness towards the edges of the screen – only slightly, mind you, but enough to notice if you look hard enough.

On the positive side, though, it’s an okay 27″ monitor, and the curve certainly draws the eye in and fills the user’s peripheral vision. If you were using this monitor on its own and not in a comparison against other curved screens, you would probably be quite happy with the results. And as an added bonus, the built-in speakers are pretty good too.

The Dell SE2716H isn’t a bad curved monitor. There’s plenty to like about it, and the build quality is very good indeed. Although the image isn’t as good as some of the other screens in this group, it’s enough to satisfy most users and the price isn’t too bad either.