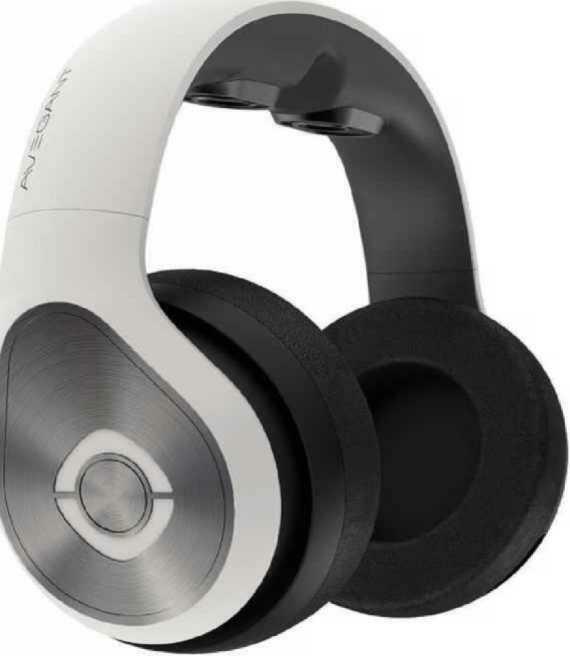 Clever new screen technology makes this headset a pleasure to use, but it’s hard to justify the high price

WITH SO MANY VR headsets now available, it would be easy to dismiss the Avegant Glyph as just another one. However, looks can be deceiving, and this product is not really a VR headset. Although it has some of the same features of a VR headset, including dual displays, the Glyph is actually a personal video headset designed for watching videos or playing games. With some rather clever display technology powering the headset, it’s nice to see something a little different.

The Glyph is a rather large beast, although the thin display band at the front is thinner than on any VR headset that we’ve tried. Clamping the two large headphone cans over our ears and placing the dual viewing lenses in front of our eyes, we found the Glyph to be rather reminiscent of the visor that Geordi La Forge wore in Star Trek: The Next Generation. There’s the added benefit that you can look above or below the displays to see what’s going on in the real world; something you can’t do with a regular VR headset. 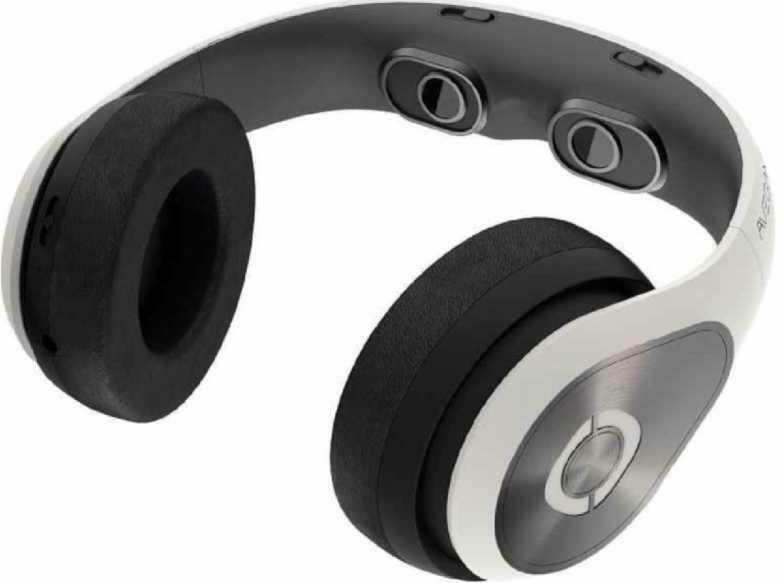 We have to hand it to Avegant, this technology is rather brilliant. The Glyph produces a clean, smooth image, and image quality is excellent, too

If the headset doesn’t feel comfortable on its own, there’s an optional head strap that clips into the top of the device. We found that this made the Glyph more awkward to put on and wear, but others may find it useful.

There’s quite a rigmarole to go through in order to get the Glyph set up and configured properly for your vision and head shape, even with the neat smartphone app that takes you through all the steps. First, you need to choose the right magnetic nose piece, so that the Glyph’s lenses line up with your eyes. There are four to choose from, with each attaching neatly via the magnetic catch.

Once you’ve found the best one, the nose piece can be height-adjusted using the dial on the front. After that, it’s simply a matter of lining up the lenses with your eyes (sliders let them move left to right), and then adjusting the lenses so that the test target on the screen is sharp and in focus. We found that the headset wouldn’t sit nicely over glasses, but the lens focus rings gave enough adjustment for us to be able to see clearly without them.

Focus is a delicate job, with only tiny movements of the lens changing things dramatically. We also found it easy to knock a lens as we put the Glyph away, so be prepared to adjust the focus each time you put on the headset. With so much personal adjustment, the Glyph isn’t really a device that you can easily share with others, as they have to go through the same setup routine.

For portability, the Glyph is battery- powered, with the 2,060mAh battery charged via the Micro USB port on the side of the device. The battery should last for around four hours of video playback, which we found to be about right. It would have been nice to have longer playback time, but more batteries would make the headset even heavier. What’s more, four hours or so is about as much as we could take wearing the headset, as it becomes a little uncomfortable over time.

The Glyph is connected to a playback device via its Micro HDMI port. Avegant provides an HDMI-to-Micro HDMI cable in the box; if you want to use the headset with your smartphone, you’ll need to buy a suitable adaptor.

Rather than using LCD displays, Avegant instead uses its own Retinal Imaging Technology to give each eye a 1,280×720- resolution image. This shines an LED light source on to a micromirror array, which houses two million microscopic mirrors that bounce the light directly into your retina.

It’s similar in conception to how a DLP projector works. Avegant claims that this technology replicates the way that we naturally see and is far more comfortable.

We have to hand it to Avegant, this technology is rather brilliant. When using a traditional VR headset, you often get a screen door effect, where you can see the lines between each pixel. With the Glyph, there’s no such effect, and the result is a clean, smooth image. It’s also exceptionally bright; searingly bright, in fact. Certainly, removing the headset makes the real world seem a little dim.

Image quality is excellent, too. Rich and bright colours bring the picture to life. Blacks could be a little darker, but there was a decent amount of detail in the darker parts of our test video footage. If you look hard for it, there’s a tiny bit of rainbow effect going on (in the sense that you see flashes of rainbow), but it’s not very pronounced and certainly didn’t ruin our enjoyment.

Regarding viewing experience, using the Glyph is a little like watching a large-screen TV. The big difference is that the rectangular image is surrounded by black, so it’s easy to get pulled into the content you’re watching, and it feels like a much more personal experience.

If you’re one of the few people that enjoys 3D content, the Glyph supports both full-frame and side-by-side modes (the latter has to be enabled with a button press).

Gaming is a good use for the Glyph, putting you right into the action. If you plug the headset into your PC via Micro USB, you can enable the head-tracking function, so that when you turn your head, so does your character. It’s quite cool playing first-person games like this, as it makes you feel a lot more like your character. We did find that it wasn’t quite as smooth as using a joypad or mouse alone, though.

There’s an app for the Glyph. Once your headphones are connected via Bluetooth, the app can upgrade the firmware on the headset, and also tell you how much battery life is remaining. That’s all you can do, and it’s a shame that you can’t adjust any of the headset’s settings.

Instead, changing brightness, enabling head-tracking mode, adjusting the volume and the like are all managed by pressing the buttons on the side. Given that none of the buttons is labelled, that’s a lot of controls to remember, so we found it handy to have the reference manual in front of us.

Although the Glyph has built-in Bluetooth, audio can’t be transmitted this way, so to listen 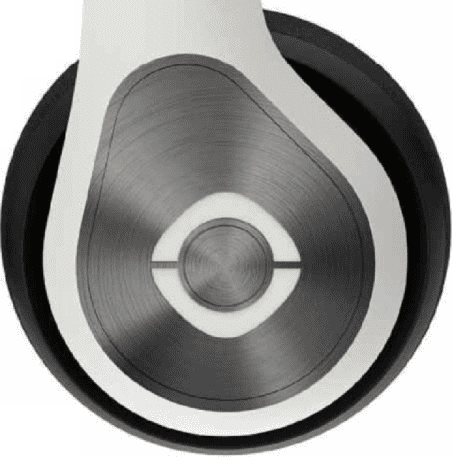 to music you have to off the headset and plug in a 3.5mm audio cable instead.

Sound is a little flatter in this mode, with low-frequency audio more pronounced, but the mid-range and high end losing out on the detail that we’d expect to hear. More importantly, the Glyph is really uncomfortable to wear in this mode. Even with the cover on, the bump where the lenses are pushed into our head and felt unnatural. As such, we’d only ever use the Glyph as a pair of headphones where there was no other option.

There’s something quite charming and endearing about the Avegant Glyph. Its close-up personal viewing experience is impressive, powered by the rather neat new screen technology. Indeed, as far as headsets go, the Glyph has by far the best screens that we’ve seen. It does have its negatives, though: the controls are fiddly, it’s a pain to get configured, and it’s uncomfortable to wear in headphone mode. It’s also hard to ignore the cost; price is quite a high price to justify for most people.