A combined integrated amplifier/DAC from Audiolab sets a new standard at its price, says Jon Myles.

Audiolab has forged an impressive reputation for its range of M-DAC digital to analogue convertors in recent years. So much so that some of its other products have flown a little under the radar.

The rear includes both digital and analogue inputs as well as an antenna for Bluetooth reception.

But the new 6000A is designed to change that. It’s a stereo amplifier with a claimed power output of 50 Watts per channel (see Measured Performance for full details).

It is also slim and trim – measuring 6.5cm x 44.5cm x 30cm (H/W/D). But there’s more to it than that. The 6000A also features digital inputs (two optical, two co-axial) trickled down from the M-DAC range with an ESS Sabre DAC at the core. There is also a pair of moving magnet phono inputs plus three line-level analogue inputs. Add in Bluetooth capability and I couldn’t help but be impressed with this amplifier’s range of features.

Also, if you are using the digital inputs there are three digital filters (slow roll-off, fast roll-off and minimum phase). Personally, I preferred the slow roll-off which seemed slightly more detailed but it’s worth experimenting with all three to find which works best with your partnering equipment and own tastes. Design-wise it is typical Audiolab nothing too flashy or over the top but a minimalist style where form follows function. Three rotary controls on the front allow you to control mode, input and volume which can all be replicated via the supplied remote control – while a slim LED screen brings up basic information such as which input is being used.

It is well-constructed with an aluminium front panel and sturdy metal casework behind. In all it looks more expensive than its price tag.

Connecting the 6000A to a pair of standmount Spendor Als and playing CDs it was clear to me just how confident this amplifier sounds. Neil Young’s ‘After The Goldrush’ saw his vocals pushed well to the fore with a lovely sense of presence. However, beneath that the backing drums and guitars were excellently laid out – giving the whole album a sense of vibrancy. Edges of notes were crisp while bass was taut and tight without being overblown. There was an organic, flowing nature to the sound that not all amplifiers at this price can manage.

Switching to high resolution through an Astell&Kern player the Audiolab had the ability to bring out the extra information on hand. For example, the piano notes on Keith Jarrett’s live ‘Paris/London Testament’ (24/96) felt realistic and the leading edges were superbly rendered. Better still, the decay in the notes gave an atmosphere to his playing.

Inside the Audiolab there is a Class A/B power amplifier with linear power supply and an ESS Sabre DAC – plus Bluetooth connectivity.

It was similar with Robert Wyatt’s version of Elvis Costello’s classic ‘Shipbuilding’ where his plaintive, high-pitched vocals were excellently relayed and the piano backing had timbre and body.

But while the Audiolab does delicacy well it is also able to handle more upbeat tracks with aplomb. Loading up The Jesus And Mary Chain’s ‘Upside Down’ there was tremendous propulsive thrust on offer. Pace was snappy, instrumen­tation clear and there was no pause for breath as the track charged along.

All this was more than enough for me to try a slice of Led Zeppelin with ‘Immigrant Song’. Again I could hear every single element of the track – John Bonham’s drums cracked sharp, John Paul Jones’s bass line was distinct but not too intrusive while

The rear includes both digital and analogue inputs as well as an antenna for Bluetooth reception.

I could just lay back and enjoy – which is what I did.

In many ways the presentation reminded me of the Naim Nait5si – an amplifier that costs almost twice that of the Audiolab. The Naim probably has a little more punch but in terms of overall detail there’s little to choose between the two.

Turning to Bluetooth there was an obvious drop

in sound quality, some tracks losing their definition and depth. That said, Bluetooth is more about convenience than absolute hi-fi quality and it is a nice feature to have. Additionally the 6000A paired immediately with my iPhone and never once lost the connection.

But to get the best out of this Audiolab I’d advise using it for its primary purpose – as the heart of a good hi-fi set-up. Simply listen and enjoy.

As amplifiers go you’ll be hard pressed to beat this Audiolab for its versatility – but most importantly its sound quality. It has delicacy but will also pump out hard rocking beats when needed. Digital connectivity and a price of just £ make it a great bargain.

Power from the Audiolab 6000A measured 50 Watts into 8 Ohms and 86 Watts into 4 Ohms, enough for very high volume. The power supply has good regulation and a high for firm, punchy bass.

Frequency response was flat from a low 1 Hz up to 100kHz and distortion very low at 0.003% from low levels (circa 1 Watt) all the way up to full power, into both 4 Ohm and 8 Ohm loads. The critical 1W/4 0hm/10kHz figure, a measure of crossover distortion, was also low at 0.01% – as our distortion analysis shows.

The Phono stage needed 1.3mV for full output, where 5mV is common. This makes it suitable for high output moving coils (MC) as well as moving magnets (MM). Input overload was high at 50mV. Equivalent input noise (e.i.n.), a true measure of noise you hear at any volume setting, was a very low 1 muy V – quiet enough for moving coil cartridges. Frequency response measured flat down to 20Hz (-1 dB) a warp filter rolling off gain to -7dB at 5Hz to lessen loudspeaker cone flap. An impressively good phono stage – better than most.

Distortion from 24/96 hi-res PCM measured a mediocre 0.08% from both preamp out and loudspeaker out. EIAJ Dynamic Range was on the low side at 113dB (pre out and Is out) with 24bit where 115dB or better is now common. With CD this is inconsequential, due to 16bit quantisation noise, but with ‘quieter’ 24bit it’s not so good. Bluetooth measured 99dB EIAJ dynamic range as is common and flat frequency response to 20kHz, so worked very well.

The Audiolab 6000A measured well in all areas except its digital input. Here it’s fine for CD but not for top hi-res results. 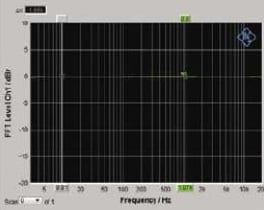 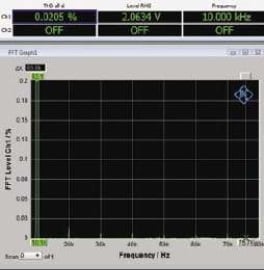 A superb performer - one of the best amplifiers you can buy at this price.

$999.99
out of stock
Check price
Walmart Affiliate Program
Last Amazon price update was: 2022-08-20 8:39 am
× Product prices and availability are accurate as of the date/time indicated and are subject to change. Any price and availability information displayed on Amazon.com (Amazon.in, Amazon.co.uk, Amazon.de, etc) at the time of purchase will apply to the purchase of this product.