It’s all about the GPU

It’s nice to see a company delivering a 15.6-inch laptop without focusing first and foremost on ultra-portability or how slim they can make the chassis. 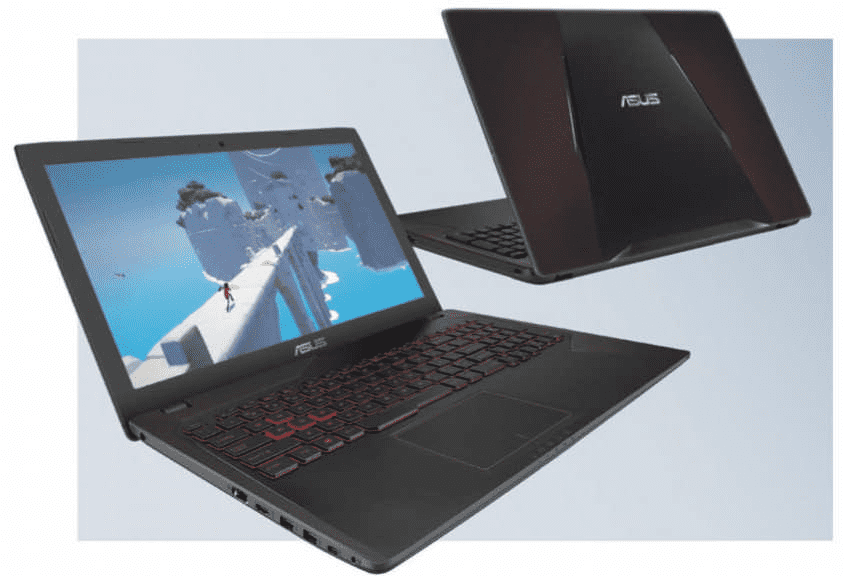 Asus has aimed to deliver a laptop here that is quite portable, yet has the gaming guts to allow a bit of LoL on the side. Unfortunately once again we see yet another company scrimping on the GPU to keep the price d own, limiting this machine to very basic games.

At the heart of the issue is the Nvidia GeForce GTX 1050. To put it bluntly, unless you’re playing very graphically basic games, this machine simply won’t cut it. As our new suite of benchmarks show, the GeForce GTX 1050 just doesn’t have the oomph to cut it with the latest and greatest. When you’re hitting minimum framerates of 15fps in the likes of Ghost Recon: Wildlands or Rise of the Tomb Raider, it’s obvious that maximum detail settings aren’t going to be accomplished with this machine.

We have to wonder just what the price premium is on the mobile GTX 1050 versus the 1060, which would almost double gaming performance.

If the price difference is similar in the mobile market, Asus is simply crazy not to equip this machine with a GTX 1060.

The rest of the specs are certainly respectable if all you’re after is productivity use. Intel’s darling of the day, the i7-7700HQ is a quad-cored chip that ramps all the way up to 3.8GHz, providing oodles of performance for non-3D applications. Another 16GB of DDR4 memory means you can multitask with extremely snappy performance, while a main OS SSD helps back things up in this regard. The only problem is that it’s a tiny 128GB in size; thank god Asus threw in a secondary 1TB mechanical drive for extra storage, as 128GB doesn’t go far.

The 15.6-inch screen is relatively bright for a laptop at 200 Nits, which probably explains why the machine only lasted just over two hours in PCMark 8’s accelerated battery test, which would equate to about six hours of real use.

At 2.5kg, this is no lightweight, so you will notice it if you’re carrying it around all day. But what you’ll notice most is the relatively low punching power when it comes to gaming. It seems odd to us to pair such a fast CPU with an entry-level GPU, so we’re guessing NVIDIA is bumping up the price of the mobile GTX 1060 compared to the 1050 dramatically. It’s a shame, as the rest of this laptop stands up well. For part-time, low-end gamers it’ll do the job… but so will many other machines that are much lighter and easier to lug around.

If you’re looking for a machine that is for office use first and foremost, with a dash of gaming on the side, you can do worse than this.

If you’re looking for a machine that is for office use first and foremost, with a dash of gaming on the side, you can do worse than this. 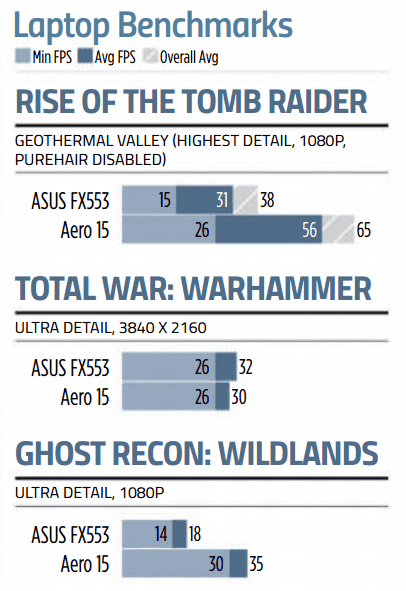