AOC U2868PQU – The color, sharpness and clarity are all exceptional.

AOC shares many similarities with Acer. Generally, it offers excellent value for money while still adopting the latest technologies, and they have roughly the same level of quality. 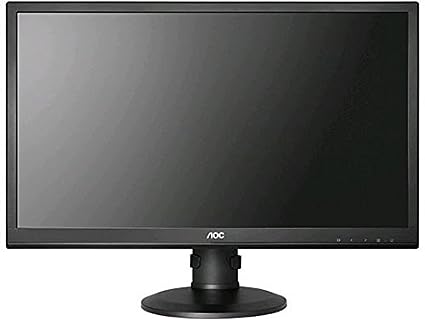 The AOC U2868PQU therefore, was expected to be much the same as the Acer: good but not the best. Happily, though, we were quite wrong.

This means there are height adjustment, pivot and swivel features to help you get that perfect position, and there are four USB ports on the side, two of which are USB 3.0 and fast charge enabled.

Connectivity comes in the form of HDMI. DVI, VGA and DisplayPort, with MHL over the HDMI port to mirror mobile content There’s also the same 3W speaker setup that we saw in the Philips model, although for some reason they actually sound a little better on the AOC model.

Build quality is excellent, as it was with the Philips monitor. Whatever concerns we had about the quality being roughly the same as the Acer model were soon put to rest. The base, stand and panel are all well constructed, making it easy to maneuverer the screen while still keeping it stable.

As with all the monitors so far reviewed, the base contrast ratio is 1000:1. In this case, the dynamic ratio hits a decent 80,000,000:1, which is enough to produce a high level of detail in both brighter and darker images. The color, sharpness and clarity are all exceptional and prove that 4K really is the impressive beast that high-street electrical salespeople harp on about.

Our gaming tests left us with a very good impression, as did the UHD 4K content, and even normal office duties looked fantastic. The built-in speakers helped too, and although they’re not as good as a set of dedicated speakers, they did a decent job of belting out the throaty roar of a Spitfire in our gaming test.

We were as impressed with the AOC U2868PQU as we were with the Philips model, and the beauty of this monitor is that it’s slightly cheaper than the Philips one and more expensive than the Acer.

In other words, if you’re after a 4K monitor and you’re tied to a restrictive budget, then the AOC is the one to get. If you can afford a little more, then Philips will do the trick.

If it’s a dual-screen setup you have in mind, why not sample the best of both and have both the AOC and the Philips?