The world of audiophile storage continues to evolve and Ed Selley has been looking at the latest intriguing development. Read our 432 EVO Aeon Review. 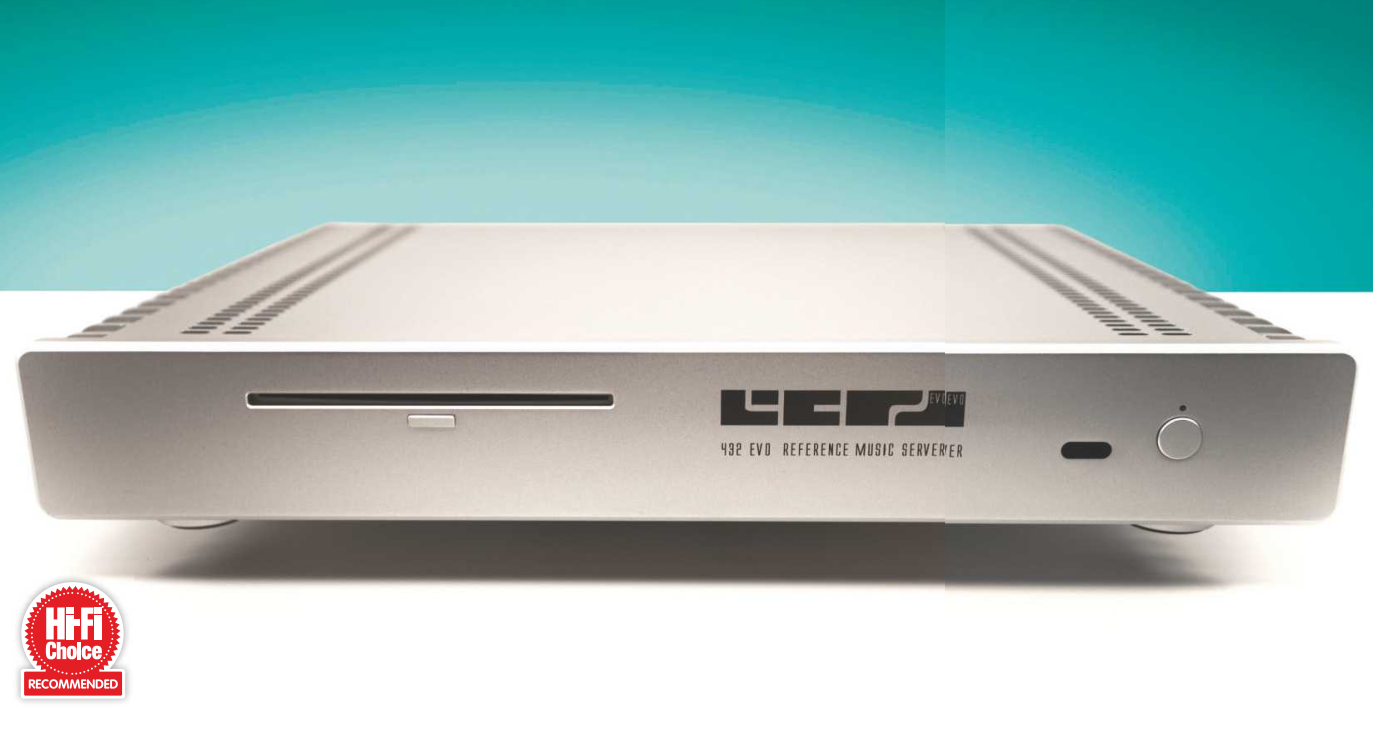 In a fairly short space of time, the concept of dedicated hi-fi storage optimised to work with streamers has developed from an intriguing novelty to something that has recognised design practises and key price points. The ‘pattern’ by which these devices are designed is starting to become more established too; a few terabytes of storage placed in a bespoke chassis also featuring a low-noise power supply and dedicated USB output for connection to a DAC being key. More recently, we’ve seen some enterprising manufacturers include support for Roon on board alongside the means of ripping your CD collection directly.

432 EVO’s Aeon music server does all of these things and then proceeds to add further refinements to the nature of audiophile storage. Some of these additions are just that – developments that would have inevitably appeared on products

•  Can operate as a Roon Core

sooner or later. One of them, however, is sufficiently different from anything we’ve seen before as to ask the question whether it would ever have appeared anywhere else.

The unit itself is recognisably in keeping with pretty much every other music server available to buy. In its UK specification it has 2TB of solid state-based storage (SSD), although higher capacities are also available to order. This is partnered with a quad-core processor and 8GB of RAM. This might seem like overkill for the seemingly simple business of streaming audio, but it does give the Aeon an immediate advantage. The reserve processing power means that, like a few of its peers, it can not only operate as a Roon Core but also make use of the venerable but effective Logitech Media Server operating system. Unlike a number of rivals though, the Aeon isn’t either/or. It can be set as Roon Core and still be visible to non-Roon devices over UPnP, which is handy for those yet to go all-in with Roon endpoints in every room.

The other notable difference compared with its competition is the use of not one but two external power supplies. It is supplied with one 9V and one 12V SBooster external PSU that connect to separate inputs on the rear panel. The argument goes that there is simply no more effective way of keeping the feeds for the processing and the audio sides independent of one another than to keep them split all the way back to the mains sockets. The downside to this approach, of course, is that both PSUs will need a mains socket and somewhere to be placed, making the Aeon relatively bulky even though the main chassis itself is fairly slim.

The final innovation is different to anything we’ve seen in the digital domain before. As well as the standard upsampling options care of Roon, it is equipped with a completely bespoke set of processing based around a phenomenon several centuries in the making. 432 EVO maintains that, historically, instruments were tuned to 432Hz. Over time, this evolved to 440Hz as it favoured instrumental works, sounding brighter and sharper but –

so the argument goes – more aggressive. The Aeon is able to resample music to this 432Hz frequency on the fly via its dedicated USB output.

The mechanics by which this process is performed are very much a trade secret, but it can’t be the work of a moment. Simply knocking 8Hz off everything affects pitch, so there must be a fair amount going on behind the scenes prior to anything being outputted. The good news is that its creator has sufficient confidence in the process that it can be compared with a regular bit-perfect output by toggling in and out using a web browser page that is part of the underlying VortexBox architecture of the device itself.

While the external power supplies will never be anything other than bulky black boxes, the other aesthetic aspects of the Aeon are suitably good. The metal casework is available in a choice of black and silver and is finished to a high standard. Better still, the Aeon is completely silent in use. It is convenient too, thanks to the presence of a TEAC CD-ROM mechanism that allows you to rip and tag your CD collection, again using the VortexBox software. Boot time is rapid and stability proves to be unconditional throughout testing.

This feeling of resilience continues during some initial prosaic testing of the Aeon over UPnP. 432 EVO makes it clear that the main benefits will only be realised by using the USB connection, but it is more than capable of supporting other network devices in the house while feeding a USB source in your main system. It renders libraries quickly and reliably and can supply a USB signal with Roon running at the same time as sending another track off via network. Roon works in a manner that is effectively indistinguishable from my own Roon Nucleus with only a slightly longer search time to tell them apart.

It is also worth pointing out that the Aeon is a capable performer over UPnP. Into my standard test source of SOtM SMS-200 Neo (HFC 449) and Chord Electronics Hugo Mscaler and TT 2, it delivers a presentation that is entirely competitive with rivals, albeit ones at a slightly lower price. Listening to Fink’s live Wheels Turn Beneath My Feet compared with a more prosaic Western Digital bay NAS drive, the Aeon manages to impart a greater level of three dimensionality, helped most likely by a lower noise floor. Like all devices of this nature, it will not alter the presentation of a system you don’t like, but can boost one you are happier with.

The USB connection is a different matter, though. With the dedicated ‘432′ software plug-in disabled and running directly into the Hugo TT 2, the performance is extremely good. The considerable processing horsepower it possesses and the careful power supply arrangements ensure that the Aeon is startlingly direct and immediate. Jan Garbarek’s Officium Novum is beautifully presented and free of any constraint or processing, even when some of the Roon DSP settings are brought to bear.

The effects of activating the specific 432 plug-in are readily discernible and, for the most part, entirely positive. Sticking with Officium Novum, the order and layout of the performers becomes easier to discern. The supporting saxophone loses a little of the slightly thin and reedy quality that it has without the plug-in engaged and there is a perceptible improvement to the tonal warmth of

the recording. Changing tack and running on and off tests with Manic Street Preachers’ My Little Empire, the 432 setting takes away some of the edge of this loud recording and emphasises the strings supporting the band to the benefit of both.

It’s not perfect and not a universal panacea, however. Once music reaches a certain tempo, there is a tiny but discernible level of pitch shift (presumably part of the processing correction process) that I find distracting with material I know well. This is distinct from the upsampling options available within the same plug-in and applies only to the 432Hz setting itself. My Baby’s Love Dance gains the expected richness and order, but the fractional shift to certain parts of the music is too much of a distraction for me to want to keep it permanently engaged. As someone that habitually has a computer lying around near my system, I don’t find it a problem to have the VortexBox plug-in open in a browser and toggle in and out depending on what I’m listening to, but I’m equally aware that in a number of cases that won’t be a practical solution.

It’s hard not to admire the dedication shown in the design of the Aeon to do something different and to do it as well as it can be reasonably done. What makes it for me as a package is that 432 EVO hasn’t lost sight of all the basics that a network storage device needs to perform in the pursuit 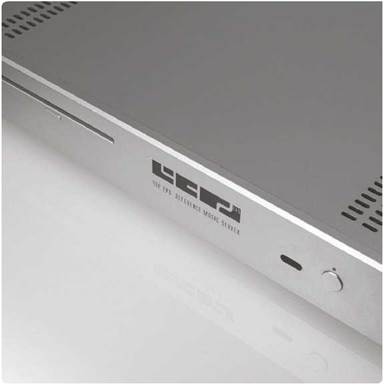 Though the Aeon is sleek, its two PSUs will take up a lot of space on your hi-fi rack

The Aeon is available in black or silver finishes

of making its brainchild work. This is a stable, silent and very flexible music server that is more than up to the task of supporting a household of network audio devices. It isn’t cheap, but you can at least appreciate where much of the outlay has gone and its benefits.

Used in the manner that 432 EVO intends, it’s also the best USB source I’ve tested to now and if I used one all the time, it would negate the presence of the SOtM I have in my setup as a head unit. Finally, the 432 software is capable of imparting genuine improvement to a wide selection of music and, on the occasions where the benefits are less clear cut, it’s easy enough to bypass. The Aeon shows that there are some intriguing further possibilities to audiophile storage and consequently it’s a device that will delight a great many listeners •

In 2TB form, the Innuos Zenith Mk3 (HFC 451) is cheaper than the Aeon and has its power supply on board, making it more elegant. The performance over network is broadly comparable. Via USB however, the Aeon has the edge. It delivers superb performance in bit-perfect mode and then has the option of its unique additional software. If you want the best means of feeding a single USB device going, the Aeon is the clear choice and doesn’t skimp on practicality at the same time.