Sometimes, operating system developers make it easy to be a software reviewer. They put out a nice set of “release notes” that detail all the changes since the last release. Then we can download the ISO file, boot it up, check all the things that are listed as “changed”, and write up a nice little review that describes what is good or bad, and give an outlook for future development based on the directions the developers are moving.

Then, at other times, developers make our job harder, like the Xubuntu Team has done this time around. Xubuntu 20.10 was released on 22 October, 2020 and is the 30th version of Xubuntu. Their release notes state that they spent most of the development time since 20.04 LTS migrating their project from Launchpad to GitHub, and otherwise didn’t make any changes. Yes, that GitHub, the one owned by Microsoft, with the reasoning for the move, that it would “make getting started easier for new contributors”.

This deja vu release still uses Xfce 4.14, the default application mix and themes are unchanged, and even the wallpaper remains the same. Being a standard release, it is supported for nine months, until July 2021.

Usually, in the Ubuntu world of three “standard” releases leading to the next long term support (LTS) release, the first standard release in the cycle is eagerly awaited because it sets the development direction for the next LTS. New ideas and software are trialed in the first release, polished in the 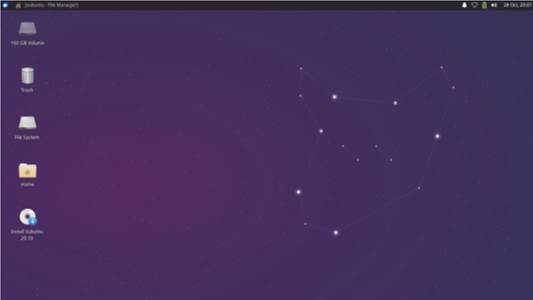 next two releases, and arrive in the LTS close to perfect, hopefully. In general, these days, most users stick to the LTS releases, but some standard releases offer enough new features or other advantages that users can be enticed away.

So, in this case, what does it mean to start off a new development cycle with “no changes”? It could mean that changes will show up in the next release, Xubuntu 21.04, due out in April 2021, or it could mean that, after 30 releases, Xubuntu really doesn’t need anything new as both the users and developers are happy and that this development cycle will not see many changes, basically an “if it ain’t broke, don’t fix it” model.

Certainly, in the past, some Linux project developers have taken software that worked well, that users loved and had reached a pinnacle of development, and decided to make large-scale changes that basically broke it, making users unhappy and starting a flurry of forks to restore it to its former glory. (Yes, I am thinking of what happened to Gnome 2.)

It is not entirely true that there is nothing new in Xubuntu 20.10. For one thing, the recommended minimum system requirements for Xubuntu 20.10 are higher than were specified for 20.04 LTS. They are now 2 GiB RAM (up from 1 GiB) and 8 GB of hard-drive space (up from 7.5). The RAM increase probably makes sense, as I am not sure 1 GiB cut it for recent releases. Opening even a few tabs in Firefox alone will eat up 1 GiB these days.

I downloaded Xubuntu 20.10 from the Xubuntu website via bit torrent, ran a SHA256 checksum to make sure the download was good, and made up a USB installer using the Ubuntu Startup Disk Creator.

I ran Xubuntu 20.10 in several live sessions, a process that now starts off with an automatic file system check to make sure the USB stick is written correctly.

I can note that Xubuntu runs very fast in a USB live session.

While none of the Xfce components have changed, this release does have a new Linux kernel which supports a range of new hardware. Linux 5.8 includes support for USB 4 (Thunderbolt 3), AMD Zen 3 CPUs, Intel Ice Lake and Tiger Lake graphics, and initial support for POWER10 processors. So, this might be one good reason to install Xubuntu 20.10, if you have new hardware that was not previously supported. 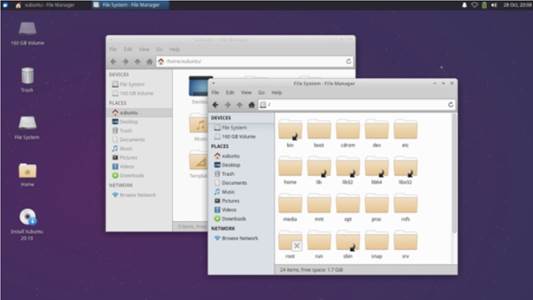 •  indicates the same application version as used in Xubuntu 20.04 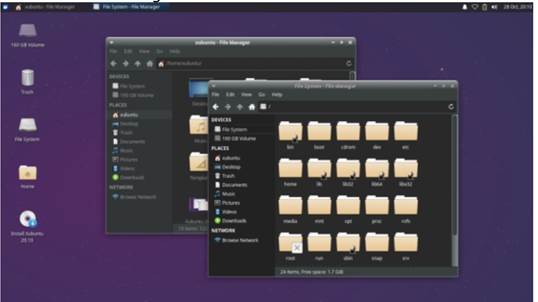 Xubuntu 20.10, like other recent Xubuntu releases, does not include a webcam application or video editor, although a selection of these can be easily installed from the repositories.

As in past releases, the LibreOffice suite is complete, except for LibreOffice Base, the database application. Likely few users will need Base, but it can always be added from the repositories.

This release still includes a CD/ DVD burning application, XfBurn. As I noted in my Lubuntu 20.10 review, here in the 21st century this is starting to feel like a throwback to a distant era. New computers haven’t come with optical drives for many years now and CDs and DVDs are basically relegated to the “dust-heap of the obsolete media of history” along with floppy discs and punch cards. I suspect we will see XfBurn omitted from the default installation in a near-future release.

This release uses the same version of the Thunar file manager as 20.04 LTS. But, as always, it deserves mention as a useful application and better than some other file managers, especially with its integration with the Ristretto image viewer and Catfish desktop search.

The Whisker menu is also unchanged in this release, but it remains one of the strengths of Xubuntu, with its high degree of customization and ability to be resized.

MousePad, the Xubuntu text editor, is still a great application with ten different highlight color schemes, including several dark themes. It lacks only spell-checking to be really a complete text editor.

Being unchanged, this release still features the Greybird window theme as default along with five other themes including Greybird­dark, for all those fans of dark themes. As in the past, none of the included themes provide good differentiation of active and inactive windows, leaving users to live with it or look for better themes to install from sources like www.xfce-look.org.

Even though Xubuntu 20.10 is a solid release and works very well, it is difficult to recommend it to users already running Xubuntu 20.04 LTS due to the lack of any changes. Unless the user needs support for new hardware from the new Linux kernel or has a hot, burning desire to use LibreOffice 7 instead of 6, there really is no compelling reason to upgrade from Xubuntu 20.04 LTS. Comparing the support periods of nine months (until July 2021) for 20.10 versus three years (to April 2023) for 20.04 LTS, again, there isn’t much to entice users to switch.

Once the next release, Xubuntu 21.04, comes out in April 2021, we will see where the Xubuntu Team is going with this development cycle. Will they introduce any changes, even small tweaks, or just “stand pat” with the existing strengths of 20.04 LTS right through to the next LTS? 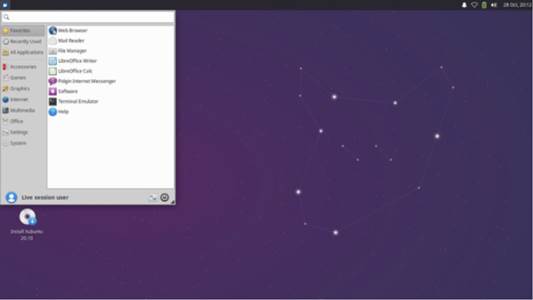