Because the Ubuntu development cycle has three “standard” releases in between the LTS releases, the standard releases are often used as testing grounds for new software and new ideas. This means that the first release after an LTS release is often the most innovative. The next two releases commonly focus on refining the new features, and that process results in an LTS that is first and foremost “stable”, but often not a lot different from the last “standard” release. For most users who transition from one LTS to the next one, two years later, the result is usually refined, stable, boring software that they can use to get work done. That is a good thing!

The major change in this two-year development cycle was the adoption of version 4.14 of the Xfce desktop, which has been under development for five years. It first appeared in Xubuntu 19.10 and, even though it has moved to the GTK3 toolkit, it will be an easy transition for users, as most of the changes are behind-the-scenes.

From a user point of view, there are only small differences between 20.04 LTS and the previous release, 19.10. 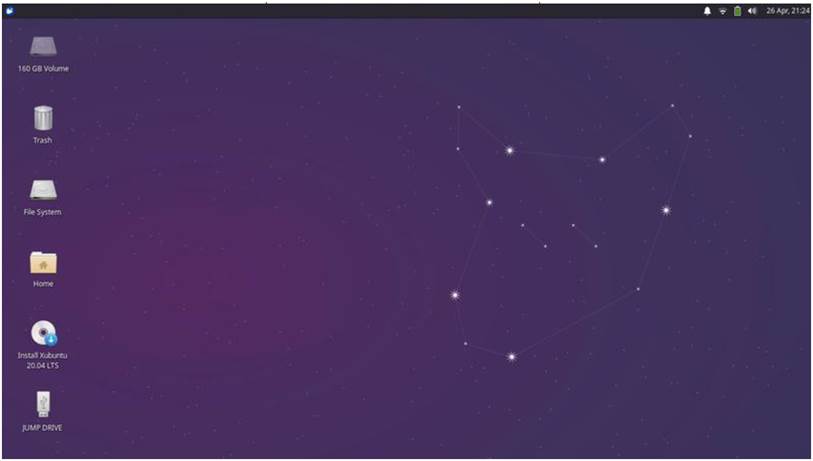 LTS releases include automatic testing when booting up the installation media. Previously, the test was optional and had to be manually selected. Making it automatic is a good move, as it should result in more reliable installations. The automatic test can be canceled, but do yourself a favor and let it run!

New for Xubuntu 20.04 LTS is desktop scaling, allowing a user to make everything bigger or smaller. The bad news is that it has only two settings: 1X (normal), and 2X (too big). Most people who need desktop scaling will want more subtle values, like 110% or 125%.

This release also includes new themes, wallpaper, and some updated applications. The window themes also now work with snap and flatpak applications, making them feel more like native applications on the desktop.

Some of the applications included with Xubuntu 20.04 LTS are: 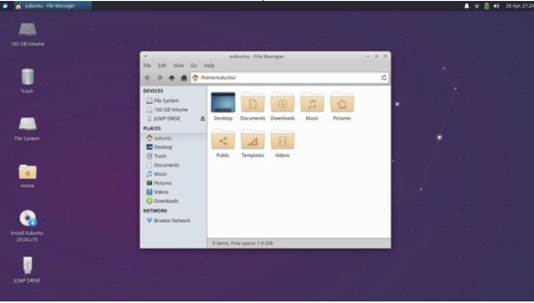 badged by Gnome as “Document Scanner”)

Xubuntu 20.04 LTS, like other recent Xubuntu releases, does not include a webcam application, although Guvcview or Cheese can be easily installed from the repositories.

All Xubuntu releases since 14.04 LTS have used the Whisker menu, including 20.04 LTS. Whisker launches all installed applications, starting with a “favorites” list. Other, less-used applications are quickly found on the sub-menus. Whisker also has buttons for logging out, reboot, shutdown, and screen locking. It is unique among Linux menus, as it can be easily 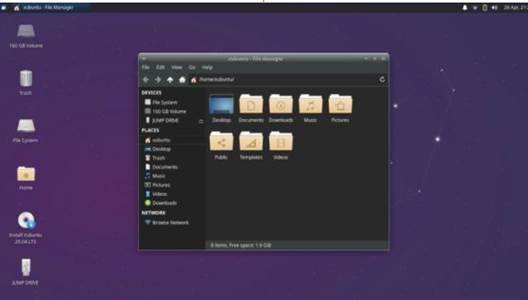 customized and even resized by dragging. The only function it doesn’t offer is “minimize all windows”, but since the introduction of Xfce 4.14, there is now a keyboard shortcut for that: “Super+D” (Super is the “Windows” key on most keyboards). “Super+L” locks the screen.

The Thunar file manager is the heart of Xfce and is integrated with the Ristretto image viewer, as both share the same properties dialogue boxes, allowing image Exif metadata to be viewed in either application. Thunar utilizes Catfish for file searches and that works well. This version of Thunar has a new look and also includes changes to its built-in bulk file renamer.

The Xfce panel (task bar) is, by default, found at the top of the screen, but can quickly be unlocked and moved to the bottom or either side of the screen. Many users may prefer it at the bottom of the screen or on the left side, like the GNOME launcher. When used vertically, it can also be set to display its icons in vertical orientation.

Xubuntu has included LibreOffice since 19.04 or at least most of it. LibreOffice includes Draw, Writer, Calc, Impress and Math, lacking only LibreOffice 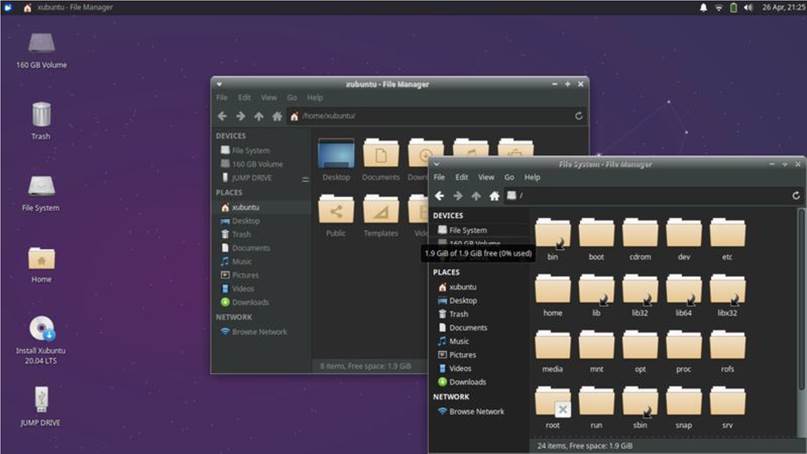 Base, the database application. Most people don’t use databases, but it can easily be installed from the repositories, if desired.

The default text editor in Xubuntu is Mousepad, which features ten choices for syntax highlighting color schemes, including some dark themes, making writing web pages or coding software much easier. It lacks only spell-checking to be the ideal text editor.

This Xubuntu release has newly- designed default wallpaper, featuring a dark indigo night sky background and a constellation theme. If that is not to your liking, then Xubuntu 20.04 LTS comes with 18 alternates, including some nice graphic design work and some great photography too. Of course, you can always use your own wallpaper image.

Once again, the default window scheme is Greybird, which is not my favorite, as the active and inactive windows are far too similar. Dark schemes are all the rage these days, and so this release includes a new one, Greybird-dark, with very dark grey window tops and backgrounds. It also has almost no active/inactive window differentiation, and, furthermore, the windows titles are almost unreadable due to being dark grey on dark grey with shadowing. There are four other installed themes, but none are any better. New themes can be found on sites like xfce-look.org and installed, but that takes some skill on the part of the user.

In testing Xubuntu 20.04 LTS, I had issues with my old 2011 model System76 laptop touchpad not working right, dancing the cursor all over the place or freezing. The solution was, once again, to turn off touchpad scrolling altogether and dial down the sensitivity to zero, which made the touchpad usable. This may just be an issue with my old hardware, so other laptop users may not have this problem. I tested out a regular desktop mouse and that worked fine.

Xubuntu 20.04 LTS is the Long Term Support release that Xubuntu fans have been waiting for. This 29th Xubuntu release is graceful in design, stable, and simple to use.

New users will find that it comes with most of the software needed to get straight to productive work. Experienced Xubuntu users will find this LTS release very familiar, just an update without any unwelcome surprises, but with three year’s worth of support. If it had some better default window themes it would be just about perfect. 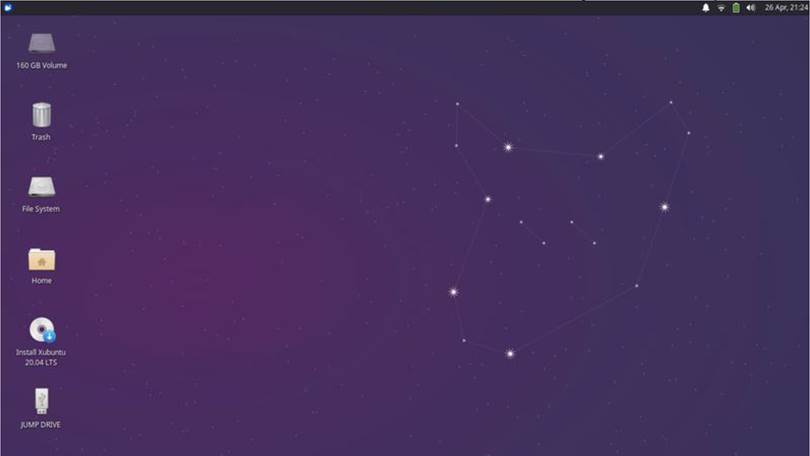