In need of high-quality audio to compliment your VR headset? Here it is

Turtle Beach is one of the more popular gaming audio suppliers In the high street. Its products are regularly featured in the likes of Game, Currys and several other retailers, including e-sports teams Optic Gaming and Faze Clan. As such, there’s quite a range of products to choose from. 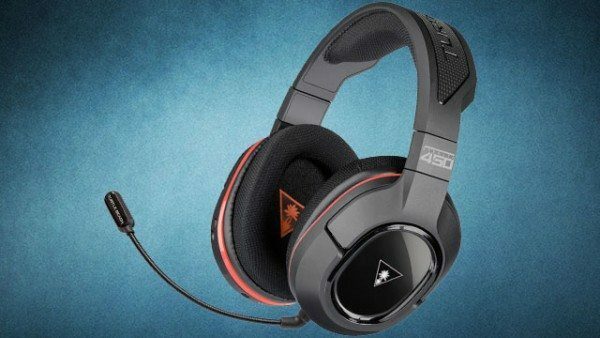 The Turtle Beach Stealth 350VR is a great headset

The newest addition to the Turtle Beach stable is the Ear Force Stealth 350VR Fleadset, an amplified gaming headset that’s designed to work best with the new generation of VR devices for both the PlayStation and PC.

The 350VR design is somewhat different from the norm, in that it incorporates a detachable noisecancelling microphone, a swappable cable system depending on the platform you’re using the headset with and a sleek, svelte look that minimises its profile considerably.

The headset is remarkably lightweight, since its primary use is to fit alongside something that’s already mounted on your head. Comfort and ergonomics than need to be top of the list of features, and Turtle Beach has done a great job of padding out the 350VR in all the right places and by ensuring there’s maximum movement with the over-ear cans. Plus there’s plenty of clearance on the headband and around the sides of the head for the VR headset and its accompanying cables to fit under the 350VR.

The swappable cable system is a good idea, with a short cable for the PS4 VR or controller, a very long audio cable for the PC (which splits into microphone and headphone 3.5mm jacks) and a USB charge cable.

The battery powered amp provides a greatly improved and immersive VR experience, along with a bass boost and noise cancelling technology. A single charge will last at least 30 hours too, so there’s little to worry about when playing.

It’s comfortable and has excellent audio and features.

As for audio quality, the 350VR’s 50mm neodymium speakers provide a fantastic range of mid and higher range frequencies. Voice and treble sound very good indeed, and the bass boost is remarkably powerful, considering there’s no active sub element; if anything, you’ll end up turning the bass down a few notches.

The detachable microphone is reasonably good, although we did find it picked up environmental noise a little too much. It does, though, feature mic monitoring, whereby the player can hear their own voice through the headset. This allows you to have a normal conversation rather than raising your voice.

The high quality design and audio make the Turtle Beach Ear Force 350VR Headset a worthwhile addition for any VR user. Regardless of whether you’re a PS4 VR gamer or you use the Vive or Rift, the 350VR is certainly going to improve the overall experience. It’s exceptional value for money too. mm David Hayward

A great headset for the new VR generation

A great headset for the new VR generation