M ost 2-in-1 convertibles make compromises. For instance, the Dell XPS 13 2-in-1 used an ultra-lowpower processor to keep its weight and dimensions down. The Portégé X20W, on the other hand, packs serious specs, stonking battery life and enterprise-grade biometric security. All in a chassis that weighs 1.1kg, which is 140g lighter than the XPS 13 2-in-1.

Admittedly, its magnesium alloy chassis feels flimsy next to the rigid, aluminium-framed Dell, but this remains a premium piece of design.

For instance, the hinge is sturdy with a smooth action, and once in position I had no concerns about it shifting or falling down. Visually, it looks sleek and professional, with a brushed metal effect on the black lid and keyboard surround. 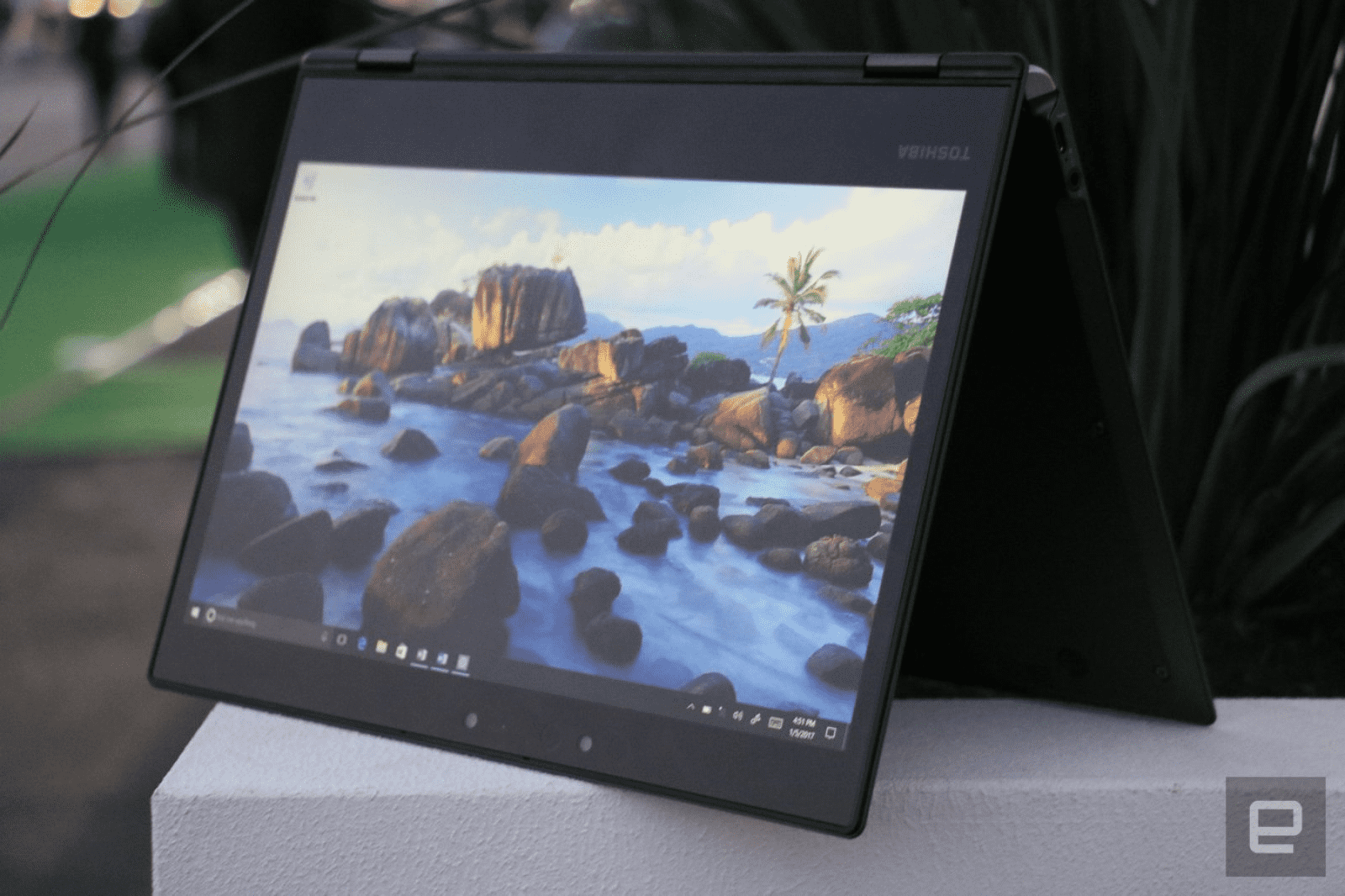 BELOW The X20W comes bundled with a stylus, unlike most of its convertible rivals

At 15.4mm thick it’s a shade bulkier than the Dell, but in return you’re getting a proper Intel Core i7 Kaby Lake chip.

The inevitable price is that Toshiba sacrifices the fanless design of its competitors. This means the Portégé switches into hairdryer mode when taxed, emitting a loud and irritating whine as the fans go into overdrive.

Theoretically, this should only happen when you push it to the limit, but I found it happened regularly. The battery life, thankfully, was unaffected. In our video-rundown tests, the Portégé racked up a mammoth score of 10hrs 58 mins. This outstrips not only Dell’s XPS 13 2-in-1 (7hrs 45mins), but even the mighty MacBook family.

As is common for ultra-portables, connectivity options are light: there’s a single USB-C/Thunderbolt 3 port for power and data, one USB 3 port, and a 3.5mm jack for headphones and microphones. I’d have liked to see an SD slot and at least one extra USB port.

Still, there’s no shortage of security features. The Portégé X20W supports Windows Hello’s biometric authentication in two forms, with a fingerprint reader built into the trackpad and an IR camera above the screen. This is in addition to Toshiba’s BIOS and TPM 2 encryption. 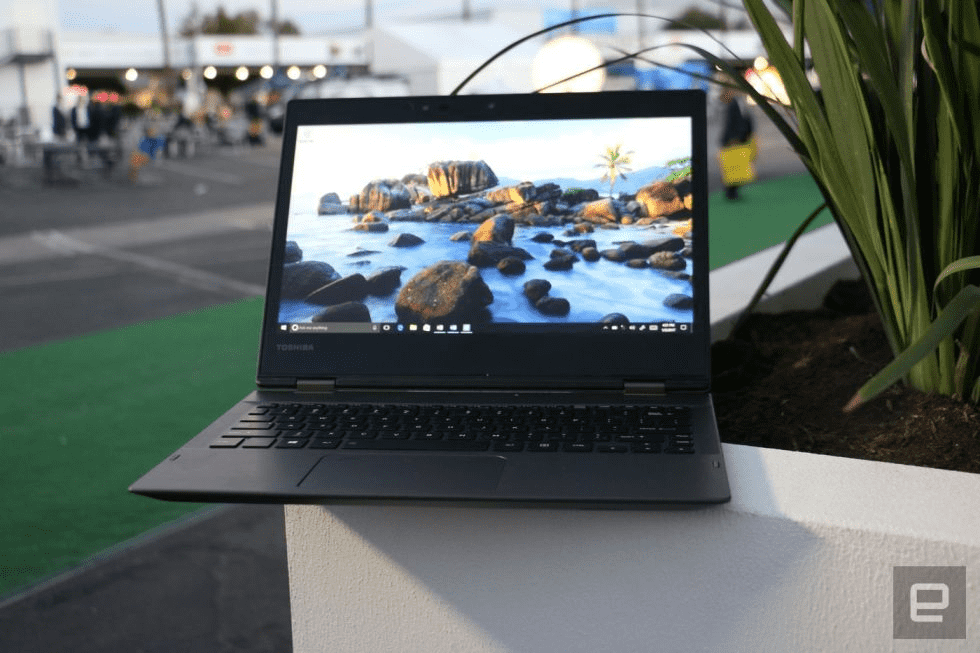 The Portégé’s screen isn’t particularly attention-grabbing on first glance. While the 12.5in matte-coated panel is well-suited to office environments, it lacks the razor-thin bezels that make devices such as the XPS 13 so attractive, while its 1,920 x 1,080 resolution is merely average.

Look beyond these disadvantages, however, and you’ll find an excellent display. The Portégé offers superb contrast, a capable 354cd/m2 top brightness and color accuracy.

There’s minor under saturation on the reds, but sRGB coverage is excellent at more than 95%. The touchscreen is smooth and responsive, with the Portégé’s AES stylus and palm-rejection technology ensuring that jotting notes or sketches can be done quickly and easily. It’s not as well-suited to graphics work as the Surface Book with its Surface Pen – the stylus doesn’t feel as fluid or natural to use – but it’s perfect for annotating documents or taking notes in meetings. Plus, the stylus is bundled into the package, rather than being an expensive after-market extra.

The keyboard itself is pleasant to use. The keys are well-spaced with decent travel depth, with my only complaint being that the feedback from the keys isn’t as crisp and defined as the XPS 13. As with its Dell rival, the trackpad is fine if a little small.

You can buy the X20W in four configurations, with the cheapest – the 10Q, with a 256GB SSD, 8GB of RAM and a i7-7200U processor. When a similarly specced XPS 13 2-in-1, it’s clear which is better value, even after factoring in the Dell’s superior warranty.

So, while it has its niggles, don’t be fooled by the X20W’s demure exterior: this Toshiba is secretly an enterprise grade powerhouse. 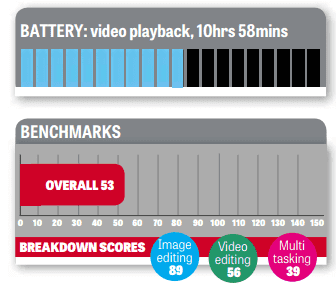