Dell’s XPS 13 blew us away when it first arrived at the PCTA labs, being one of the thinnest and lightest ultraportable laptops around. Yet it didn’t scrimp on quality in the process, with a beautiful screen, sturdy construction and relatively powerful hardware within. Well, Dell has figured out how to make this beauty even better; by converting it into a 2-in-1. Read our Dell XPS 13 2 in 1 Review 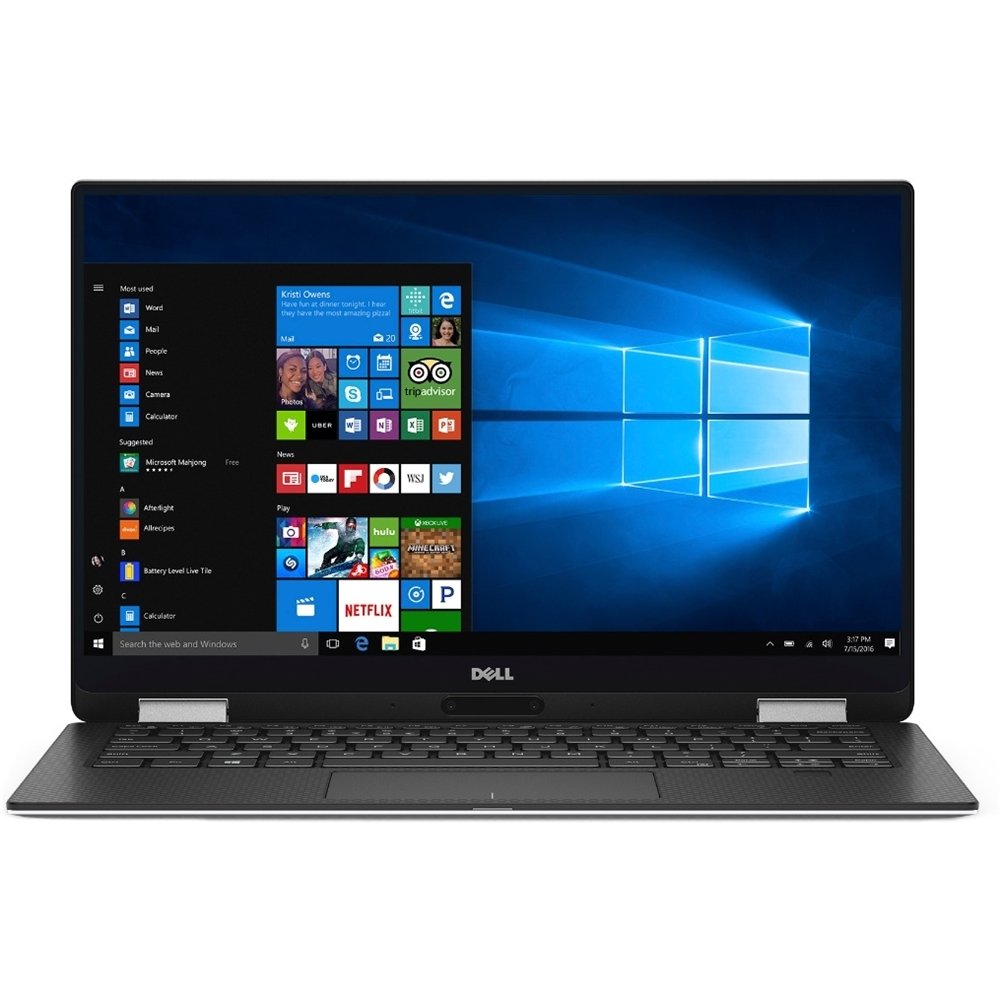 According to Dell, Dell XPS 13 2 in 1 Review is officially the world’s smallest 13-inch 2 in 1 convertible. In fact, it’s even thinner than the already-anorexic XPS 13, dropping to a mere 13.7mm. It’s also incredibly light, as you’ll only have to lug a total of 1.24kg around all day, despite the chassis being built from rugged machined aluminium.

The impeccably accurate 13.3-inch touch-screen features Dell’s InfinityEdge borderless design, allowing it to squeeze the screen into a smaller chassis than other 13-inch laptops. The version we reviewed packed a Quad HD+ display, with a resolution of 3200 x 1800, and uses IPS technology for wide viewing angles and glorious color reproduction. There’s also a stylus included, and the screen can detect up to 2048 different levels of pressure, perfect for digital artists whipping up a quick draft. While the screen initially looks glossy, an anti-reflective coating on the Gorilla Glass means it’s perfectly viewable in direct sunlight, where the 400 Nits of brightness also helps out.

As Dell XPS 13 2 in 1 Review is a convertible, the hinges that allow the screen to flip are incredibly important. It uses a twin hinge system, and Dell claims these have been tested during the R&D phase through 20,000 full rotations without failing. They’re also extremely stiff, so you can use the touch screen without having to worry about the screen flailing about.

Given the extremely thin chassis, it’s no surprise that I/O options aren’t exactly numerous. There’s a standard USB 3.1 Type-C on one side which doubles as the power input, while on the other side a similar port also adds Thunderbolt 3 for ultra-fast transfers. Dell has included a USB Type-C to Type-A adaptor so you can use your older peripherals. The MicroSD slot will come in handy for quick storage upgrades, while the tiny Noble Lock slot means it won’t go missing from your work desk. Finally, a single headphone out delivers audio; you’ll want to use this, as the puny speakers within aren’t particularly impressive, distorting easily and lacking any form of bass.

So what has Dell managed to pack inside such a tiny machine? As with all Dell products, you can choose a huge variety of configurations, but the model we reviewed came in, and featured the following. Powering it all is Intel’s 7th Generation Core i7-7Y75 CPU. This power-sipper is only a twin-core design, but does include HyperThreading. The tiny TDP of 4.5W means Dell could build a fully fan-free system, so it’s utterly silent in operation. The base speed of 1.3GHz isn’t blazing, but it does burst up to 3.6GHz when necessary. Paired with 16GB of memory, it’s a potent duo, but most impressive of all is the storage.

A chunky 512GB PCIe SSD means applications open at the click of the silky smooth touch pad, and you can easily add a MicroSD card to add even more storage if necessary.

During our benchmarks, the machine posted a respectful score of 2670 in PCMark 8 Home’s Accelerated test. This puts it on par with Razer’s Stealth, but the battery life proved to be a real standout feature, lasting a whopping four hours in our extremely demanding PCMark 8 battery test. In real world use you can expect this to last for a solid fifteen hours of basic office productivity, while Dell claims it’ll stream Netflix for nine hours on a single charge.

To say that Dell has smashed it out of the park with the Dell XPS 13 2 in 1 Review is an understatement. The XPS 13 was already a winner, but the latest version now has incredible battery life and is fully convertible, making it one of the most desirable ultraportables on the market.