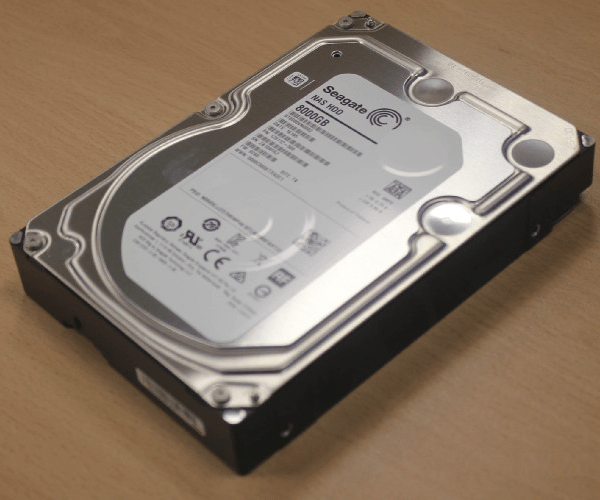 Running low on NAS drive space? Not any more

The recently released Seagate 8TB NAS optimized hard drive is one of the largest capacity drives we’ve ever tested. Just stop a moment to think about it. 8TB: that’s a ridiculously huge amount of space on a single drive.
Of course, business users will be accustomed to such large capacities, but the home user generally has just a few terabytes to play around with in their current NAS setup. The introduction of a pair of 8TB drives will certainly keep even the most prolific downloader happy for some time to come.

The Seagate NAS drives also include a customized and advanced firmware called NAS Works. The technology behind NASWorks is designed to help improve the overall performance of a multi-drive NAS unit. The aforementioned error control and improved power management are a couple of features of this firmware, but that also coincides with the vibration control through the use of a dual-plane balance – which cuts down significant vibration across multiple drives when they’re all spinning together.

Seagate has gone to great lengths to test the new NAS drives in several popular NAS units. Big names such as Buffalo, D-Link, Netgear, Synology and QNAP are all tried and tested with the drives.

The 8TB model features a 256MB cache with a fast 7200rpm speed for a possible sustained rate of 216MB/s. Power consumption is 9W for the average operating use, dropping to 7.2W when idling and to a further 0.6W when in standby/sleep mode.

The bigger 64MB test was quite impressive too, with a read speed of 238MB/s again and an improved write speed of 226MB/s. Overall, the 8TB NAS drive is no slouch.

The Seagate 8TB NAS hard drive is a superb addition to both home and small office NAS solutions. The capacity is big enough to last for months, if not years. It’s quick and has enough business enterprise features to keep your data safe. David Hayward