A flawed masterpiece for lots of money

Call it Ultra HD. Call it 4K. Either way, it’s a metric tonne of pixels and simultaneously seductive and very silly. It’s seductive in a way that only really big numbers and cutting-edge tech can be. Eight millions pixels on a PC display? Extraordinary. 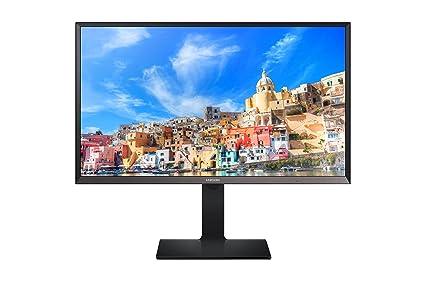 The silliness comes when you chase 4K resolutions without fully understanding the pitfalls. Allow us to pontificate. The first issue involves pixel density and DPI scaling. Even Microsoft’s latest and greatest Windows 10 OS doesn’t scale well across multiple DPI settings. Bump the DPI up from 100 per cent and things look borky.Moreover, even if Microsoft got its DPI house in order, you’d be waiting for the whole internet to catch up. And that’s not going to happen overnight. The upshot of which, for the foreseeable future, will be clunky looking bitmap graphics and images when non-native DPI settings are used.

The other issue is graphics performance. Those eight million pixels need pumping at 40 or so times a second, as a bare minimum. That means at least 320 million fully textured, lit, bump-mapped, occlusion-culled and anti-aliased pixels. Every flipping second. Yikes.

Meanwhile, the new generation of 34-inch super-wide monitors does a pretty good job of competing with 4K for raw detail and pure visual majesty, while giving your graphics that little bit of critical breathing room. As a pure gaming device, then, arguably no 4K monitor currently makes sense. However, if your remit is broader and you’re willing to take a long-term view and wait for GPU performance to catch up, then going 4K right now just about adds up. And so enter Samsung’s latest 4K competitor, the U32E850R.

Straight out of the box, it side steps the whole DPI issue by virtue of spanning 32 inches. That’s just big enough to allow you to run the DPI setting at 100 per cent without fonts, icons and other elements becoming too small for comfort. In that context, the big price premium over the current generation of 27- and 28-inch 4K monitors is tolerable.

Where things get trickier is compared to the go-to 4K monitor of the moment, namely Philips’s BDM4065UC. It’s a full 40 inches, but sells for much less than this Samsung panel. Youch.

But hang on, because the Samsung has some weapons up its sleeve. For starters, it’s a much better quality LCD panel. The slightly over-warm default color temperature aside, the Samsung is a thing of real beauty. The colors don’t just pop, they positively explode. The viewing angles are much better than the Philips’s. Ditto the black levels. Thank the lovely PLS panel tech for all that.What’s more, the Philips suffers some pretty obvious issues, including vertical interference-related banding. But then the Philips is, at heart, a little bit of a skanky HDTV-to-PC-monitor conversion and ultimately that shows. This Samsung, on the other hand, is a quality item through and through, and that shows, too.

Just to sweeten the deal, the U32E850R also sports support for AMD’s Freesync adaptive-sync tech. Unfortunately, try as we might, we couldn’t get it working. Odds are that’s an AMD driver issue. What isn’t a driver issue is this screen’s inability to autodetect signal inputs and wake itself up. We had to do that manually, which gets old very quickly. All of which makes this flawed masterpiece a bit marginal for the money.