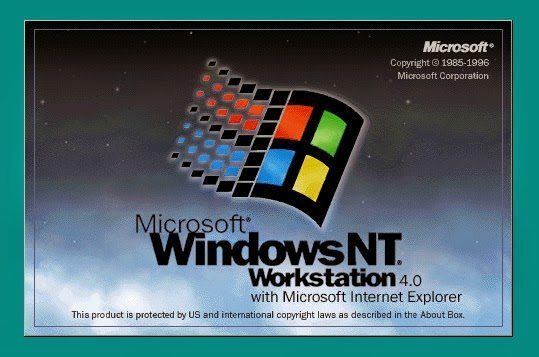 One of David Hayward’s Microsoft operating systems gets a look in this week.

Mention Windows Me, Vista, Windows 8 or whatever to most users of technology, and you’ll probably get one of ‘those looks’, a kind of cross between don’t remind me of that and utter disgust.Granted, Microsoft has come up with a few duff operating systems in its time; although it’s fair to say that once you’ve mastered Vista and 8.1, there’s a good operating system hidden in there. Windows ME, on the other hand, well, we won’t even go down that road.

Despite the occasional slip-up, though, Microsoft has offered users a range of excellent workstation and business-based systems. Windows NT 3.1, for example, with its rewritten core, support for loads of memory, network specific security and a host of other specialised services, was an operating system that a company could successfully install on its workstations and be confident that the entire software layer was stable and secure.The same can be said for the follow-up NT OS from Microsoft, Windows NT 3.51. This time we also got a server-based version, licensing agent and other additional networking tools. The new protected mode 32-bit workstation version was remarkably stable, and introducing User Manager for Domains unleashed a new generation of networked computers.

However, I never really used 3.1 and 3.51 when I started working with computers. For me, it was Windows NT 4.0 that ruled the roost.Released on 31st July 1996, Windows NT 4.0 stood out from previous workstation- and business-orientated systems from Microsoft, mainly due to MS adopting the GUI style and functionality of Windows 95.There were many improvements too, with better security, encryption and support for remote access. Improvements in the TCP/ IP stack meant that this was a truly connected business operating system and, of course, the local and domain administration tools were enhanced and somewhat easier to implement and maintain.

The Windows Task Manager was first used in Windows NT 4.0, offering the user and administrator a far more convenient method of viewing the programs and services that were using up the system resources. On the side of the workstation, this meant being able to identify those rogue programs that usually interfered with the daily running of the company’s software. And on the server side, the domain admins could free up some of the server’s memory when a user’s job that was running overnight decided to keep on consuming memory. It just worked, and it was remarkably stable too.

But as Microsoft moved ever onward, Windows NT 4.0 was eventually shelved in favour of the newer Windows 2000, with the last Service Pack, SP6a, being released in 1999.Windows NT 4.0 was incredibly stable and could be left running for months without anyone interfering with it.It was fairly quick too, once it got going, and it came with an early version of DirectX as standard, so you could play a few games with it.Those times when NT 4.0 did decide to fail and never boot again, it had the annoying habit of being nigh on impossible to fix. And if that happened to be the server, there was that bowel-loosening moment where you quickly checked the last backup was good.Windows NT 4.0 was a great operating system, either on its own or as a part of a domain. It was easy to use, easy to get up and running and a devil to fix when it did break.Well done Microsoft, well done, indeed.