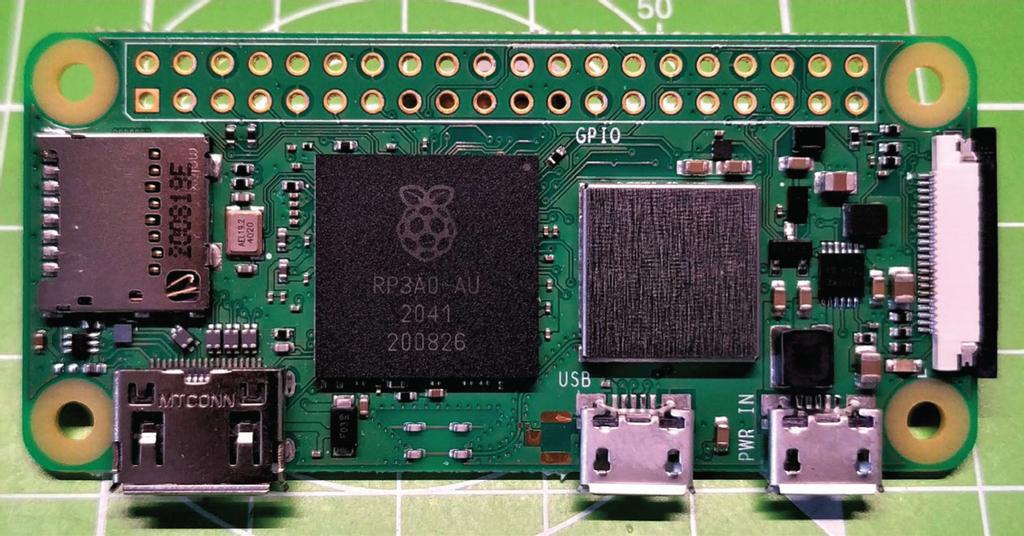 There have been three models of Raspberry Pi Zero. The original $ model first appeared in 2015 and lacked a camera connector, which was rectified in an updated model. But we had to wait until 2017 for Wi-Fi and Bluetooth capabilities to reach the Zero. The Raspberry Pi Zero W was a little more expensive at $, but worth it for the wireless connectivity.

The form factor is identical to all of the previous Zero models. In this case the lack of change is for the better because it means we can drop the Pi Zero 2 W into our existing projects and cases. Indeed, we checked the official Raspberry Pi Zero case and it fits like a glove.

The improved performance of the Pi Zero 2 W does see it draw a little more power, which is something that you’ll have to factor into your projects. With the help of Stressberry we found that the original Pi Zero W draws around 260mA at idle and 370mA when stressed. Running the same test on the new Pi Zero 2 W produced 280mA at idle and 580mA under stress.

We installed the current version of Raspberry Pi OS 32-bit, and proceeded to power on and test a series of HATs. First on the list was Pimoroni’s Explorer HAT Pro, a board that this author is very familiar with; it was used to teach students in over 25 Picademy training sessions. Explorer HAT Pro installed and ran without a hitch, as did the pHAT version.

Streaming video on YouTube proved to be a disappointing experience – in our tests the device failed to play a clip at even 720p resolution. Performance improved once we connected a USB-to-Ethernet dongle, but we still noticed frequent pauses and stutters. Wi-Fi is competent but do remember that this is a PCB antenna, so you’ll need to be close to a strong access point.

Not all of our testing was so much fun. We tested a collection of general operating systems for the Raspberry Pi and many didn’t work. Ubuntu 20.04 and OSMC failed to boot, despite using the correct image for the Arm v7 CPU. In contrast, the Lite version of Twister OS ran remarkably well. This is an alternative OS based upon Raspberry Pi OS, but with extra applications for gaming and media consumption. Obviously its Pi OS origins gave it a head start over the other OSes.

For now at least, the best bet for the Raspberry Pi Zero 2 W is the official 32-bit OS, because even the beta version of Raspberry Pi OS 64-bit failed to boot. We contacted Raspberry Pi Founder Eben Upton about 64-bit support and the signs are that this will be something that will become available after launch, by the time you read this.

A great upgrade on the original Raspberry Pi Zero spec. It’s a drop-in replacement for Pi Zero projects that require a speed boost, but this isn’t a Raspberry Pi for your desktop.

A great upgrade on the original Raspberry Pi Zero spec. It’s a drop-in replacement for Pi Zero projects that require a speed boost, but this isn’t a Raspberry Pi for your desktop.