When is the latest and greatest too much too soon? Mark Williams contemplates the rise of frequent software updates.

Once upon a time, applying patches to your Windows operating system meant waiting for a service pack to come out. Big hulking installers that not only plugged security holes and fixed bugs, but also added new functionality and features. These typically took years to become available, making for systems that could be vulnerable to exploits for long periods of time. 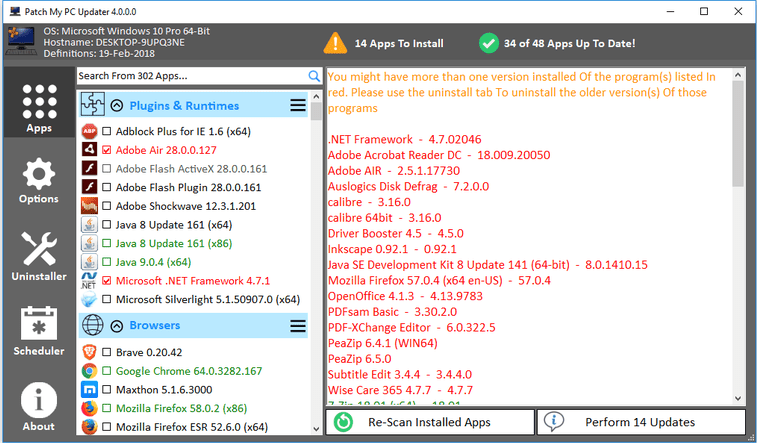 When patching Windows via the internet became more popular it certainly sped up the frequency in which Microsoft could react to vulnerabilities and fix or add features. However, up until Windows 10, online update installation was always somewhat controllable by the end user. Sure, you could allow Windows to auto apply updates when they became available, but you could also choose if or when to install each individual patch manually as you decided, or you could simply turn off automatic updates and not run the update check.

Since Windows 10, that control has been taken away from the user. In most respects it’s a good thing as this now forces Windows to update no matter what – which is great for handling users who don’t care for running updates or aren’t computer literate enough to know how – or are simply just too busy to remember. It also makes sure the whole user base for the most part is running with the latest patches installed, meaning everyone is reliably patched and up to date and are thus safer, and the ecosystem can react quicker to threats or issues, without much – if any – intervention needed from the user.

Where this goes wrong is when there’s a bad patch. An update that simply breaks something. Anything from unexpected annoying behaviour right up to failing to boot into Windows or BSODs (Blue Screen Of Death).

Two very recent examples of this can be found in the 1809 build of Windows 10 that rolled out to the public in September, only to be pulled shortly afterwards after reports of users having all their personal documents and files mysteriously missing after the update was applied; the other is a zip archive file extraction bug that doesn’t overwrite files when the user asked them to be, potentially risking data loss if the user isn’t careful.

Microsoft has pulled the 1809 update for now and at the time of writing it still hasn’t been re-released.

It’s good that Microsoft can act quickly when necessary, pulling updates from getting distributed. And now that Windows 10 allows the user to have some minor control as to when the updates get applied, by delaying or scheduling them for later, it still leaves me a little uneasy that I don’t have full control over what gets applied and what doesn’t.

Something we do have more control over is the third-party applications that we install on our PCs. Some are good at keeping themselves updated automatically, such as web browsers, while others like to annoy you every time you start them up with varying degrees of user interactivity required thereafter to apply the update. Many don’t even check at all.

A program I recently discovered has changed all that. Called Patch My PC (patchmypc.com) the Home Updater version is free and handles updates for over 300 popular programs and growing. It checks for out of date applications you have installed and by clicking a single button it’ll go and download and install all the program updates for you, no effort required.

I’m quite tech savvy, yet even I cannot keep up with the number of updates for things I have installed. On the first run this software found and updated fifteen programs!

Best of all you can even have it schedule itself to automatically run and apply updates as frequently as you’d like without any further effort. You can also exclude any application from being updated, just in case, for example, you need a particular build that only works with a special plugin.

Do yourself a favour and check it out. It’ll save you time and effort whilst keeping you fully patched and importantly, in control.

What software do you pre-load onto your PC offerings?

“At Leader we install the latest stable version of Windows 10 but leave the systems reasonably free of bloatware otherwise. We are a named OEM Microsoft Partner, so we get access to all the new Windows builds, so we can generate images and test drivers ready for the release dates.

“We always use the latest available from Microsoft using the “Windows 10 Media Creation Tool”, sometimes afterwards some small updates are available from Microsoft, but the user can quickly download and install these themselves. If a customer purchases MS Office, then we will install that for them. We don’t install any other software. Most customers want just a clean installation. But we can install software if requested.”